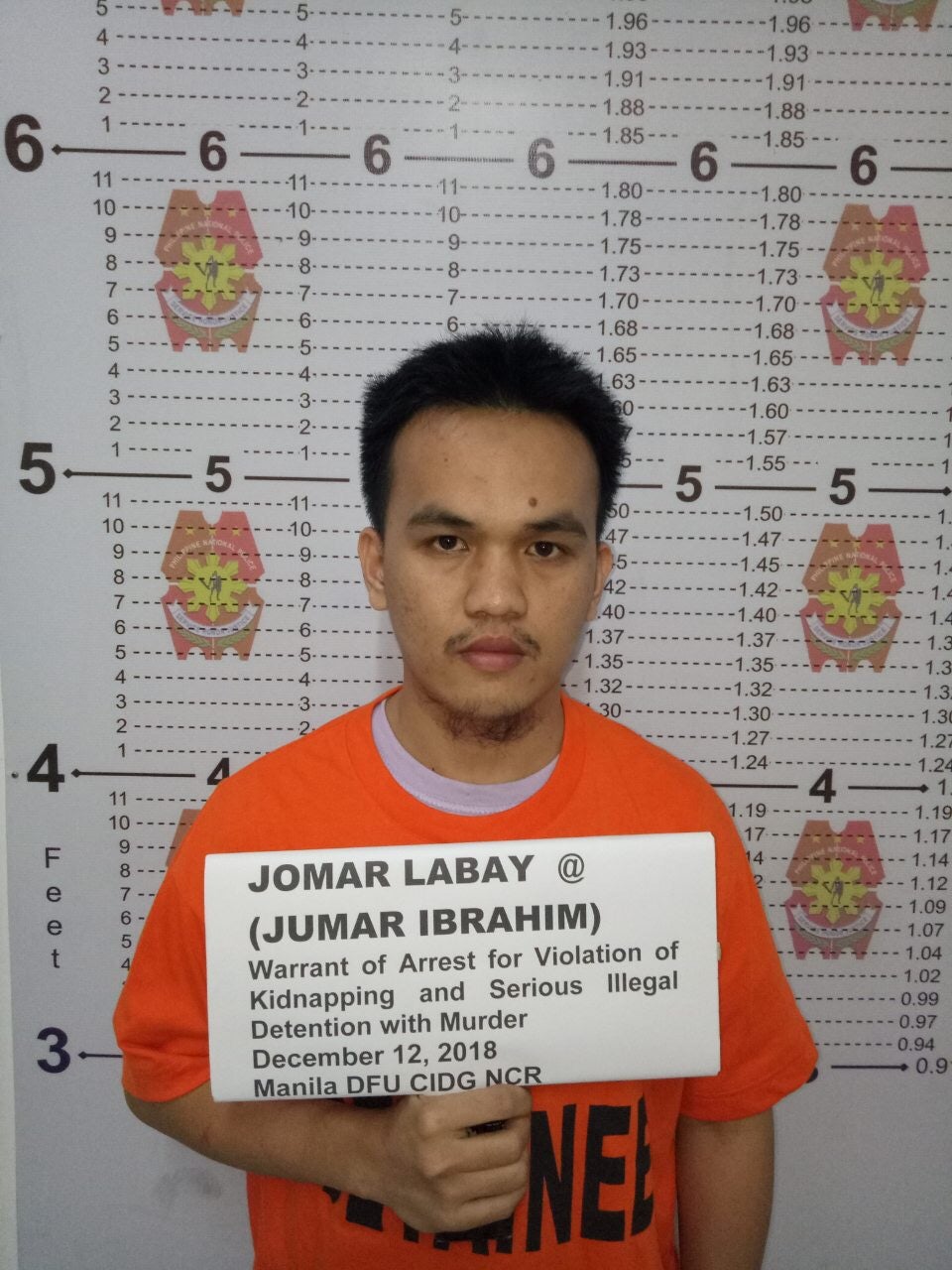 Armed with six warrants of arrest, operatives of the Criminal Investigation and Detection Group (CIDG) and the Joint Task Force of the Philippine National Police and Armed Forces of the Philippines arrested suspect Jomar Labay alias Jumar Ibrahim.

Police said Labay is one of the suspects behind the beheading of two sawmill workers and kidnapping of four others in Butig, Lanao del Sur in April 2016.

His arrest warrants for kidnapping and serious illegal detention and murder were all issued by a court in Malabang, Lanao del Sur, according to a police report on Thursday.

Supt. Arnold Thomas Ibay, chief of the CIDG Regional Field Unit in Metro Manila, said the arrested suspect has a bounty amounting to P600,000 placed on his head. /jpv

Read Next
No evidence linking Lapeña to P11-B shabu smuggling-PDEA
EDITORS' PICK
Beyond the Chocolate Hills: A farm-to-table, heritage culinary adventure of Bohol
MyCitiHomes premiers PH’s first 3-star certified BERDE District residential development
‘Crash Landing on You’ couple confirms pregnancy
Enrile contracts COVID-19: ‘To my critics and enemies, I am not going to die yet’
Metro Manila’s COVID-19 positivity rate jumps from 3.9% to 5.9% — OCTA
House energy committee chair Arroyo bats for cheap electricity
MOST READ
Duterte: It was correct for Bongbong Marcos to ‘decline’ presidential debates
Enrile contracts COVID and snipes at critics, foes: ‘I am not going to die yet’
Russia steps up missile strikes on Ukraine as G7 leaders gather
Dennis Padilla answers Leon Barretto’s open letter: ‘Been reaching out to you for 15 years’
Don't miss out on the latest news and information.