Oxford Dictionaries: 'Toxic' is word of the year | Inquirer News

Oxford Dictionaries: ‘Toxic’ is word of the year 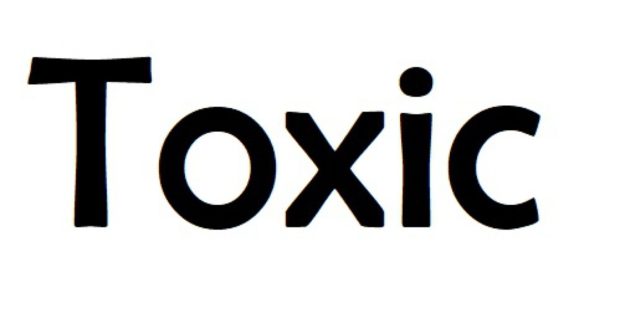 Oxford Dictionaries chose ‘Toxic’ as their ‘Word of the Year’ for being the ‘to reflect the ethos, mood, or preoccupations of the passing year.’

The Oxford Dictionaries has chosen the word as its “Word of the Year,” saying that its “sheer scope of application” made it the “standout choice.”

“This year, more than ever, people have been using ‘toxic’ to describe a vast array of things, situations, concerns, and events,” a video posted on the Oxford Dictionaries’ Twitter account explained.

The Dictionary noted a 45 percent increase in the number of times that “toxic” was looked up on oxforddictionaries.com over the last year.

It said that in the original literal use of the word, which is defined as “poisonous,” “toxic” has been “ever-present” in discussing the health of communities and the environment.

However, Oxford Dictionaries noted that “toxic” has truly “taken off into the realm of metaphor,” as people used the word describe workplaces, schools, cultures, relationships and stress.

It cited the “Me Too” movement, which zeroed in on sexual harassment and sexual assault, has “put the light on toxic masculinity.”

In politics, the Dictionary said, the word has been more broadly applied to rhetoric, policies, agendas, and legacies of leaders and governments globally.

“In the year 2018, ‘toxic’ has been a potent descriptor for the year’s most talked about topics adding more and more strings to its poisonous bow,” it explained.

Oxford explained that its Word of the Year is “a word or expression that is judged to reflect the ethos, mood, or preoccupations of the passing year, and have lasting potential as a term of cultural significance.” /cbb