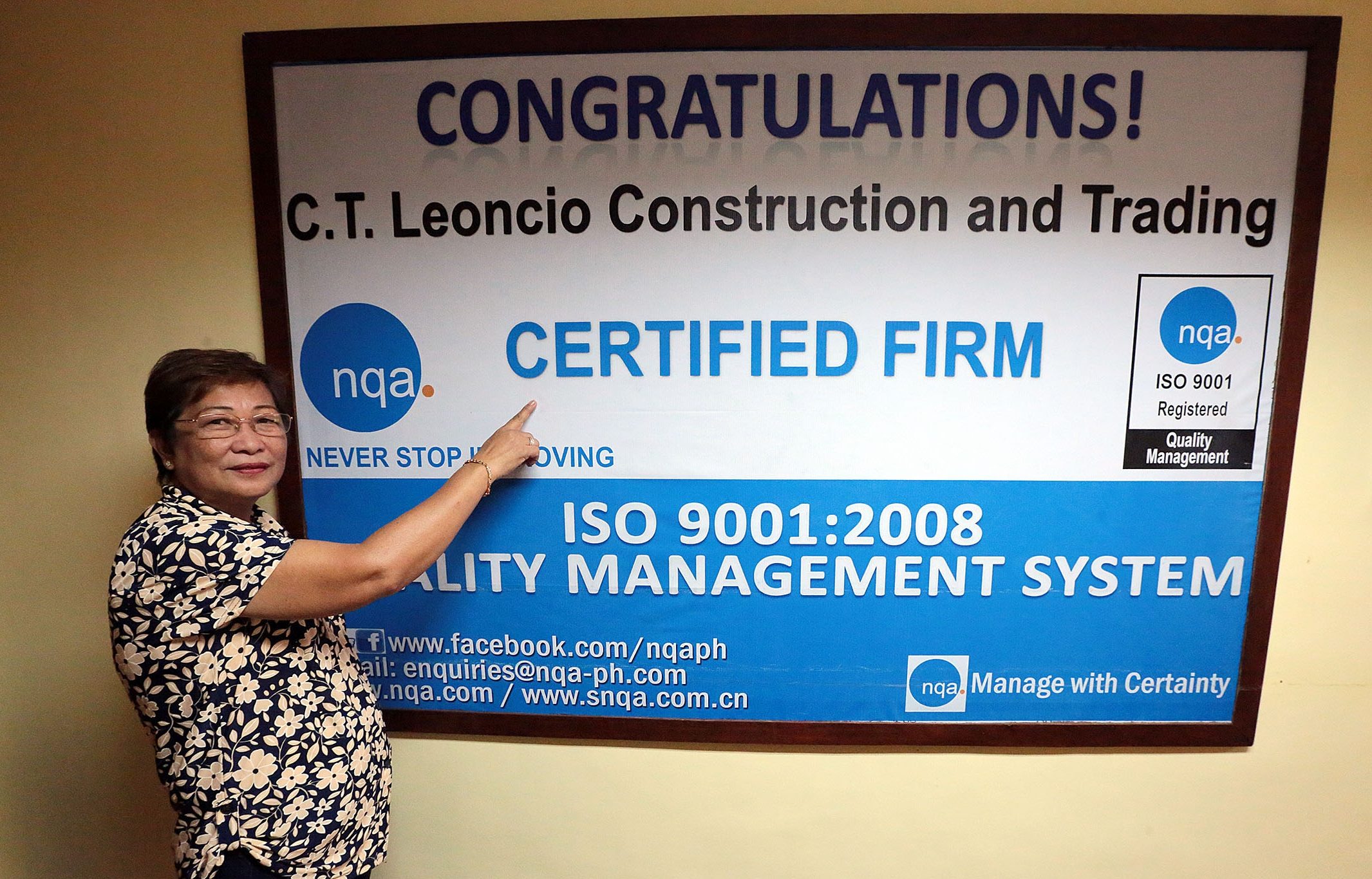 “For your information, Sorsogon is the champion (in terms of funding) this year,” Andaya said at a news conference.

Another P6 billion for Sorsogon was in the budget that the national government wanted to rush for approval, said the lawmaker from Camarines Sur. “We saw what happened when you rush the budget. The projects go to just one contractor.”

But the website of the Department of Public Works and Highways (DPWH) showed that CT Leoncio received this year a total of P2.3 billion worth of projects in the provinces of Sorsogon, Camarines Sur and Catanduanes.

In a privilege speech on Dec. 10, Andaya said CT Leoncio was awarded 30 projects by the Department of Budget and Management even before Congress could agree on the P3.8-trillion proposed national budget for 2019.

The status of contractors on the DPWH website showed that CT Leoncio bagged 39 projects, mostly flood and river control, in 2018.

The report indicated that CT Leoncio had a fund allocation of P1.7 billion in Sorsogon for 32 projects, most of which were in Casiguran town.

The mayor of the town is Edwin Hamor, husband of Sorsogon Vice Gov. Ester Hamor, who is running for mayor of Sorsogon City.

The vice governor is the mother-in-law of Budget Secretary Benjamin Diokno’s daughter Charlotte Justine Diokno-Sicat, an assistant professor at the University of the Philippines Cesar E.A. Virata School of Business.

In Camarines Sur, CT Leoncio got a fund allocation of P398 million for three projects this year.

In Catanduanes, the company received P214 million for six flood- and river-control projects.

Records indicated that of the 39 projects being implemented, the accomplishment level ranged from 19 percent to 100 percent.

Four projects were considered completed and the rest were ongoing.

Andaya again questioned how a small construction outfit like CT Leoncio was able to bag multibillion-peso contracts in provinces located hundreds of kilometers away from its office in Sta. Maria, Bulacan.

On Dec. 11, he asked the House of Representatives to issue a subpoena for Consolacion Tubuhan Leoncio, owner of CT Leoncio, which he described as a single proprietorship operating out of Bulacan.

The company is currently suspended, according to the SEC.

On Aug. 24, C.T. Leoncio Construction and Trading M.V. Caldo Construction, and Supply Corporation J.V. Co., which is described as a general partnership, was registered.

Abaya said it was not clear if Diokno knew Leoncio directly.

“Sorsogon is just a small province and his daughter’s mother-in-law is the incumbent vice governor. If you’re the vice governor, the whole province is under you, not just one legislative district,” the majority leader said.

As to Diokno’s claim that he was not aware that his daughter’s in-laws were elected officials in Sorsogon, Andaya said he found the budget secretary’s denial “impossible.”

“I don’t know about him, but for me, I’m close with my family. I’m also close with my in-laws. We talk about our (political plans),” Andaya said.

“Since there is an allegation of corruption, it follows that we have to investigate,” he said.

Panelo underscored the need to determine if it was true that the firm was favored.

But later in the afternoon, he said the Palace would investigate CT Leoncio if it received a complaint.

Andaya, the budget secretary during the corruption-plagued presidency of now Speaker Gloria Macapagal-Arroyo, went on the offensive after Sen. Panfilo Lacson divulged that Arroyo got P2.4 billion in pork funds while the Camarines Sur representative got P1.9 billion.