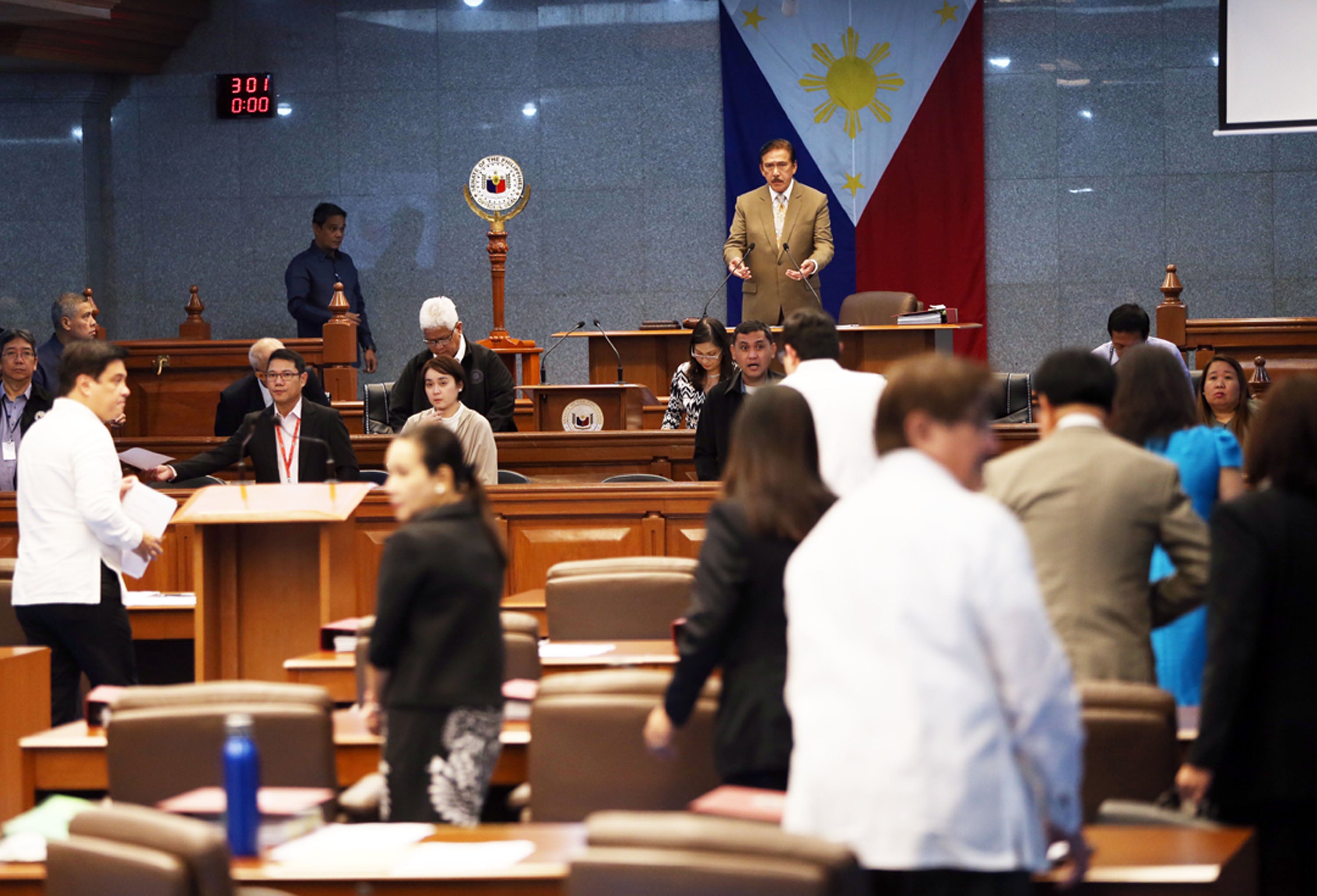 Senators are all present except Senator Leila De Lima in a role call at the Senate Session. INQUIRER FILE PHOTO

Sotto said Legarda was sick while Trillanes is currently abroad and De Lima is still detained at Camp Crame, Quezon City due to drug-related charges.

Meanwhile, Senators Joel Villanueva and Nancy Binay attended the joint session but they “had to leave,” according to Sotto.

To decide on the request of the President, both chambers of Congress should vote jointly, which means 158 affirmative votes are needed to grant the extension.

On the part of the House of Representatives, 223 lawmakers voted for the extension while 23 voted against it.  None of the present lawmakers abstained.  /kga