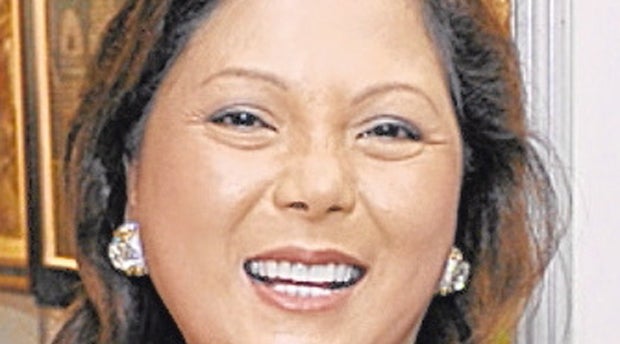 MANILA, Philippines — A new request made by Jessica Lucila “Gigi” Reyes, who was the chief of staff of former Senator Juan Ponce Enrile, for the Sandiganbayan to allow her to post bail has been denied again.

Presiding Justice Amparo Cabotaje-Tang authored the decision that was concurred by three other associate justices of the anti-graft court.

“The accused-movant claims that the testimonial and documentary evidence presented by the prosecution during her bail hearing do not show but, in fact, negate the Court’s finding that she acted towards the common goal of misappropriating the PDAF of former Senator Enrile,” the ruling said.

“The Court finds the aforesaid argument devoid of merit,” it added.

Cabotaje-Tang cited the letters and memorandum of agreement with one non-government organization (NGO) coming from Enrile’s office as well as findings of the special audit team from the Commission on Audit (COA), which said projects supposedly implemented by Janet Lim-Napoles’ NGOs were non-existent.

She also gave weight to the testimonies of Napoles’ middle person Ruby Tuason.

“Tuason remained consistent throughout her testimony that she transacted the PDAF of two Senators where she got commissions and delivered kickbacks to the accused-movant,” the decision pointed out.

“Tuason further affirmed what she stated in her Supplemental Sworn Statement dated February 21, 2014 that, ‘Initially, I was in charge of delivering the share of Senator Enrile to Atty. Gigi Reyes, but later on, I found out that Janet Napoles dealt directly with her,” it further noted.

Enrile, along with Reyes, were charged with plunder for allegedly receiving kickbacks worth P172 million in exchange for endorsing bogus NGOs owned by Napoles, the so-called pork barrel scam queen.

The 94-year-old former senator was allowed to post bail in consideration of his health and age.  Enrile, and former Senators Jinggoy Estrada and Ramon “Bong” Revilla Jr. were accused of pocketing millions of pesos from PDAF.

Revilla was recently acquitted of plunder while Napoles and Revilla’s former chief of staff, Atty. Richard Cambe, were found guilty and were ordered to serve a sentence of reclusion perpetua.

Reyes, unlike Enrile, remains detained inside the Bureau of Jail Management and Penology (BJMP) facility in Taguig City.

In June 2018, Reyes filed a motion for bail but the Sandiganbayan Special Third Division rejected it the following month.

However, for this latest decision on Reyes’ bail plea, a special division was created after the anti-graft court failed to reach a vote of three. This, after Associate Justice Bernelito Fernandez voted to allow Reyes to post bail, saying the testimonies of Tuason have some important inconsistencies.  Fernandez had voted to dismiss Reyes’ first petition for bail. /kga