Show of force for Bangsamoro law 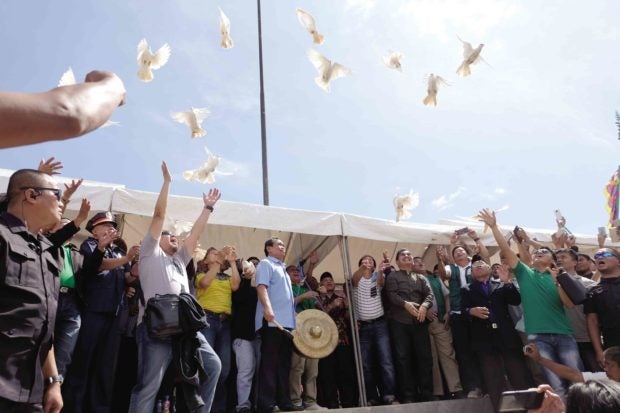 PEACE SYMBOL Moro leaders and government officials release doves to symbolize peace during the launch of the campaign for the ratification of the Bangsamoro Organic Law in Cotabato City. PHOTO COURTESY OF OPAPP

The launch was simultaneously held in other provinces or areas covered by the plebiscite, scheduled in January and February next year, he said.

“The BOL is for the welfare not only of the Bangsamoro people but [also of] non-Muslims residing in the Bangsamoro areas. The BOL is a formula for peace, development and progress,” Iqbal said.

The Commission on Elections (Comelec) had set the campaign period for the ratification of BOL or Republic Act No. 11054 (Organic Law for the Bangsamoro Autonomous Region in Muslim Mindanao, or BARMM) from Dec. 7 to Jan. 19, 2019.

There will be two dates for voting: Jan. 21 for voters in the ARMM and the cities of Cotabato and Isabela, and Feb. 6 for Lanao del Norte province (except Iligan City), six towns in North Cotabato province and other areas that petitioned for inclusion in the future Bangsamoro region.

Comelec spokesperson James Jimenez said the separate dates for the plebiscite “would allow time for the full resolution of petitions for voluntary inclusion in the plebiscite.”

Jimenez said the poll body had to resolve 99 petitions for inclusion in the BARMM, the new political entity that would replace the 28-year-old ARMM once the BOL was ratified. 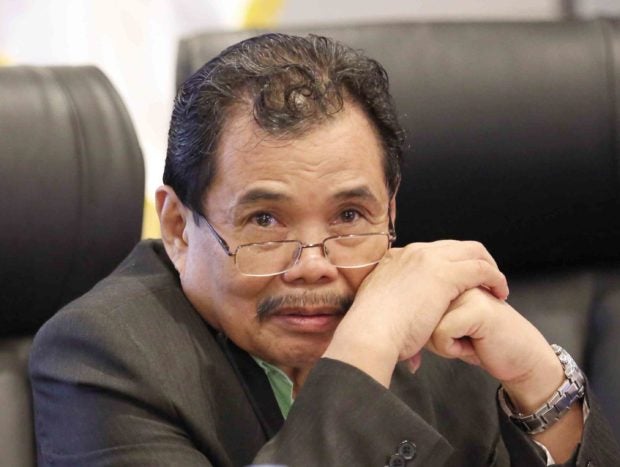 The activity, however, caused traffic jams in the city, Encinas said.

“We are confident the ‘yes’ votes will win in the areas covered by the plebiscite because many believed that BOL will bring just and lasting peace and development to the Bangsamoro people,” Al-Mansoor, also chief of the MILF’s Bangsamoro Islamic Armed Forces, said in a statement.

Citing results of a survey conducted from Oct. 29 to Nov. 19 in areas covered by the plebiscite, a significant majority of the youth in the ARMM would ratify the BOL, Nikki de la Rosa, International Alert Philippines manager, said.

The survey covered 614 respondents in the provinces of the current ARMM, the cities of Isabela and Cotabato, the towns of Baloi, Munai, Nunungan, Pantar, Tagoloan and Tangkal in Lanao del Norte, and six towns in North Cotabato, 39 villages of which are also included in the plebiscite.

De la Rosa said 89.4 percent of respondents, aged 18 to 35 in the ARMM who had registered their intention to vote in the plebiscite, would vote in favor of BOL.

When combining all the youth in the region, whether they intended to vote or not, the result remained significant at 60.4 percent, or nearly two-thirds of the sample.

“This is significant considering that the youth comprise 57 percent of the registered voters in the ARMM,” De la Rosa said.