Guevarra: If no HDO, let Trillanes travel abroad but… 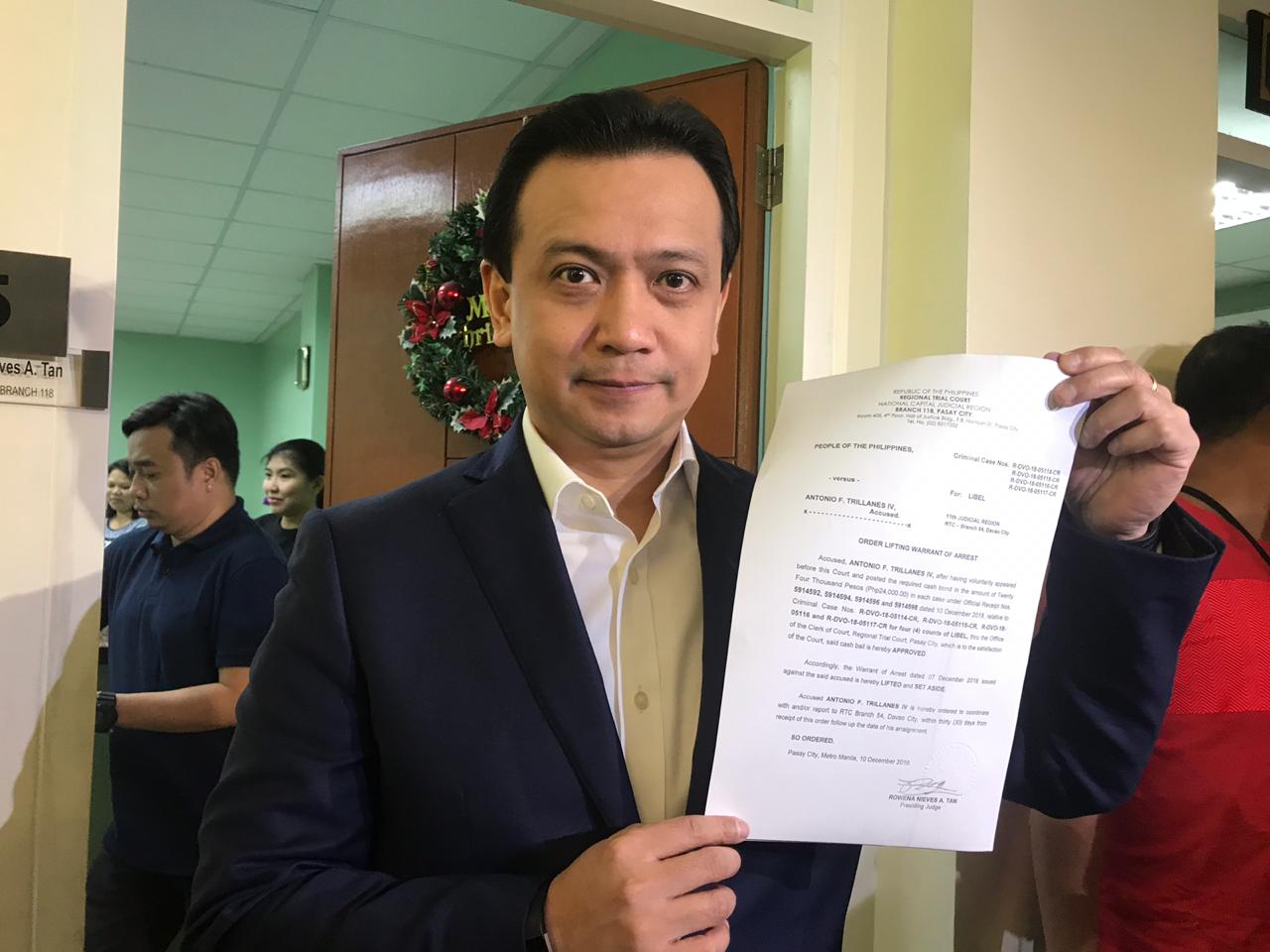 MANILA, Philippines – Justice Secretary Menardo Guevarra said Monday that Senator Antonio Trillanes IV can travel abroad if there is no hold departure order (HDO) issued against him by the lower courts.

“My instruction to the Bureau of Immigration is clear: if there’s no HDO issued by any court, let Sen. Trillanes travel abroad,” Guevarra told reporters.

The Department of Justice (DOJ) earlier asked several courts to stop Trillanes from travelling abroad because the senator has pending complaints for inciting to sedition before a Pasay court and Pasay Prosecutors Office.

Guevarra, however, pointed out it was in Trillanes’ “own lookout” if he would travel without the permission of Davao Regional Trial Court (RTC).

The Davao RTC is still hearing a motion from the DOJ to issue an HDO against Trillanes.

“The matter of getting the Davao Court’s permission to travel is between Sen. Trillanes and the court. If he travels without court permission, that is his own lookout,” the Justice Secretary said.

On Monday, the Pasay Prosecutors’ Office withdrew its motion to issue a precautionary HDO against the senator.