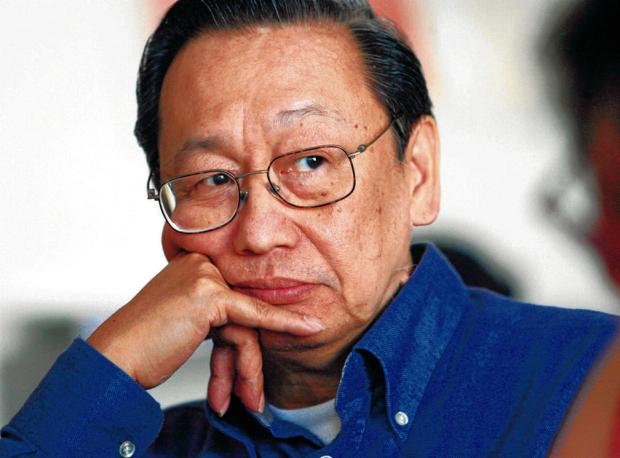 On Saturday, Sison criticized President Rodrigo Duterte’s policy on the West Philippine Sea, saying that the “Duterte regime has already treasonously and stupidly made a waiver of Philippine sovereign rights.”

In reaction, presidential spokesperon Salvador Panelo issued a statement on Sunday saying: “We urge Mr. Sison to stop his propaganda war by long distance and to return to the Philippines and see for himself the independent foreign policy course that the President has charted, including a cautious, pragmatic, and diplomatic stance on how to deal with the favorable arbitral ruling.”

“The basis of Mr. Sison’s attacks is a two-year old article by an international political risk analyst who has worked for several projects with an institution that Mr. Sison and his cabal strongly denounce, the United States military,” he added.

Bring Joma back to Philippines

Meanwhile, former rebels and members of the communist struggle urged  the embassy of The Netherland in the country to nullify the asylum status of Communist Party of the Philippines (CPP) founder Jose Maria Sison and send him back to the Philippines to face the multiple consequences of his actions.

Members of the Liga Independencia Filipinas encouraged the embassy officials to remove the privileges being given to Sison, and the revocation of his Dutch citizenship.

According to Art Bolivar, head of the anti-communist group, Sison had been living lavishly and extravagantly in The Netherlands and exhausting the country’s resources on him alone while most of the members of the organization he had established continue to suffer and “grapple in the dark.”

Bolivar added that in the 50 years’ struggle of the CPP, no one came out to prove and say that their operations are legitimate.

According to Bolivar, being a former member of the movement, he had been a witness to fellow colleagues who got disappointed and left the group, knowing that they are being led to nothing and their fight is considered a lost cause.

He admitted also that there is an internal commotion happening with the communist organization because of the members allowed themselves to be involved in extotion and terroristic activities.

Panelo, on the other hand, was referring to an article written by Anders Corr, “China May Owe the Philippines $177 Billion in South China Sea Rent and Damages,” which was published by www. forbes.com on July 15, 2016.

Panelo found the remarks of the exiled leader “lamentable and pathethic,” saying that that Sison had “resorted to ad hominem attacks in criticizing the President’s policy on the West Philippine Sea.”

Panelo noted that President Rodrigo Duterte had “a wealth of information at his disposal, which is not readily available to ordinary citizens or foreigners.”

That, he said, put the President “in the best position to decide on international matters that affect the welfare of the nation.”

This includes “steering clear of a potential warfare with China and maintaining constructive dialogues with our giant neighbor through a bilateral consultation mechanism (BCM) paving way for 29 agreements that would benefit our nation and our people.”

Panelo also urged Sison to “accept the reality that his dream of wresting political power from the duly constituted authorities has come to an end.”

“It behooves him to put his ideals to a new tact outside of a bloody course that only resulted in meaningless deaths and destruction to properties that have alienated him and his followers from the very people they sought to liberate from what they perceive to be the inequities in our society,” he added. /atm