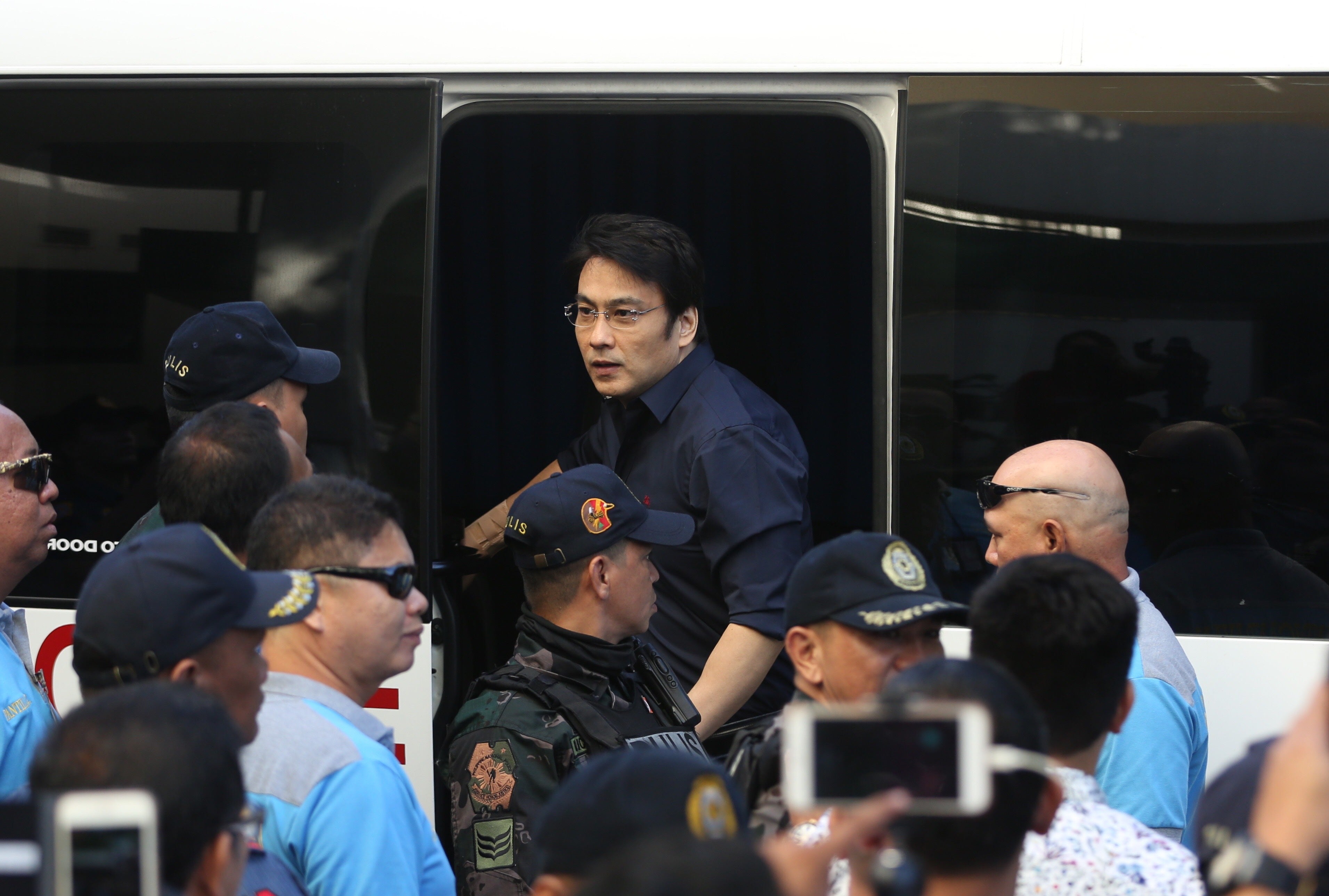 Should former Sen. Ramon “Bong” Revilla Jr. be made to pay back part of the P124.5 million in kickbacks from his pork barrel fund despite his acquittal in the plunder case against him?

In a Facebook post hours after Revilla’s acquittal on Friday, Aquino said a court may acquit a defendant and still find him liable to return, restitute or pay a certain amount of money.

“If you bring home your officemate’s wallet, thinking in all good faith that it is yours, and your officemate later on charges you with theft, you will, in all probability be acquitted absent any proof that you intended to defraud your colleague, but you will still be ordered to return the wallet and its contents for the simple reason that it is not yours,” he explained.

For a criminal conviction such as in the plunder case against Revilla, proof beyond reasonable doubt is required, but civil liability needs only the preponderance of evidence, Aquino said.

Preponderance means that “the proof of guilt is greater than the proof of nonguilt,” Aquino said.

Proof beyond reasonable doubt means that the court, by the strength of the evidence presented, has no more reasonable questions left to ask about the culpability of the accused, he added.

Abdiel Fajardo, president of the Integrated Bar of the Philippines (IBP), agreed with Aquino.

“The civil liability was only a consequence of the finding that a specific amount was illegally collected from government. At least that much was lost from government coffers as established in evidence,” he said in a text message to the Inquirer.

“All accused were held solidarily liable for that civil liability, [that is], to compensate government for the loss. That includes the senator,” he added.

He said since Revilla had no criminal liability, he also did not have any civil liability.

The court, citing Article 100 of the Revised Penal Code, said the “accused are held solidarily and jointly liable to return to the National Treasury” P124.5 million.

It was the amount that went to Cambe that the lawyer was supposed to have given to Revilla.

But the court said the prosecution was unable to prove that Revilla received the money, helping raise “reasonable doubt” about his guilt.

“I would have loved to be a heroine, that I convicted him,” she told reporters after Friday’s promulgation. “But at the end of the day, I’m bound to rule based on evidence presented by both the prosecution and the defense.”

Many Filipinos took to social media to criticize Revilla’s acquittal.

Econg defended the majority decision, indicating that the prosecution did not present a strong enough case for a guilty judgment on the former senator.

Although Fajardo said all three accused should return the P124.5 million in kickbacks, he said the majority ruling that only Cambe and Napoles were guilty was still “a bit confusing.”

“If you read the dissenting opinions, what they’re saying is that it’s not reasonable to expect that in cases like these, there would be a smoking gun,” he said in a radio interview on Saturday.

One of the dissenters, Associate Justice Efren de la Cruz, said conspiracies such as plunder are normally hidden from the public eye and demanding direct evidence would make it “hard, if not impossible, to prove.”

Another dissenter, Associate Justice Ma. Theresa Dolores Gomez-Estoesta, said the majority “oddly” speculated on whether the money deposited in the accounts of Revilla as found by the Anti-Money Laundering Council were the very same funds that came from Napoles, but it did not “extricate” the former senator from the civil liabilities.

“It only goes to say, therefore, that since all three accused were made to answer for the same civil liability, the source of the accumulation of wealth as found in the criminal liability should only be the same,” she said. —WITH A REPORT FROM GABRIEL PABICO LALU