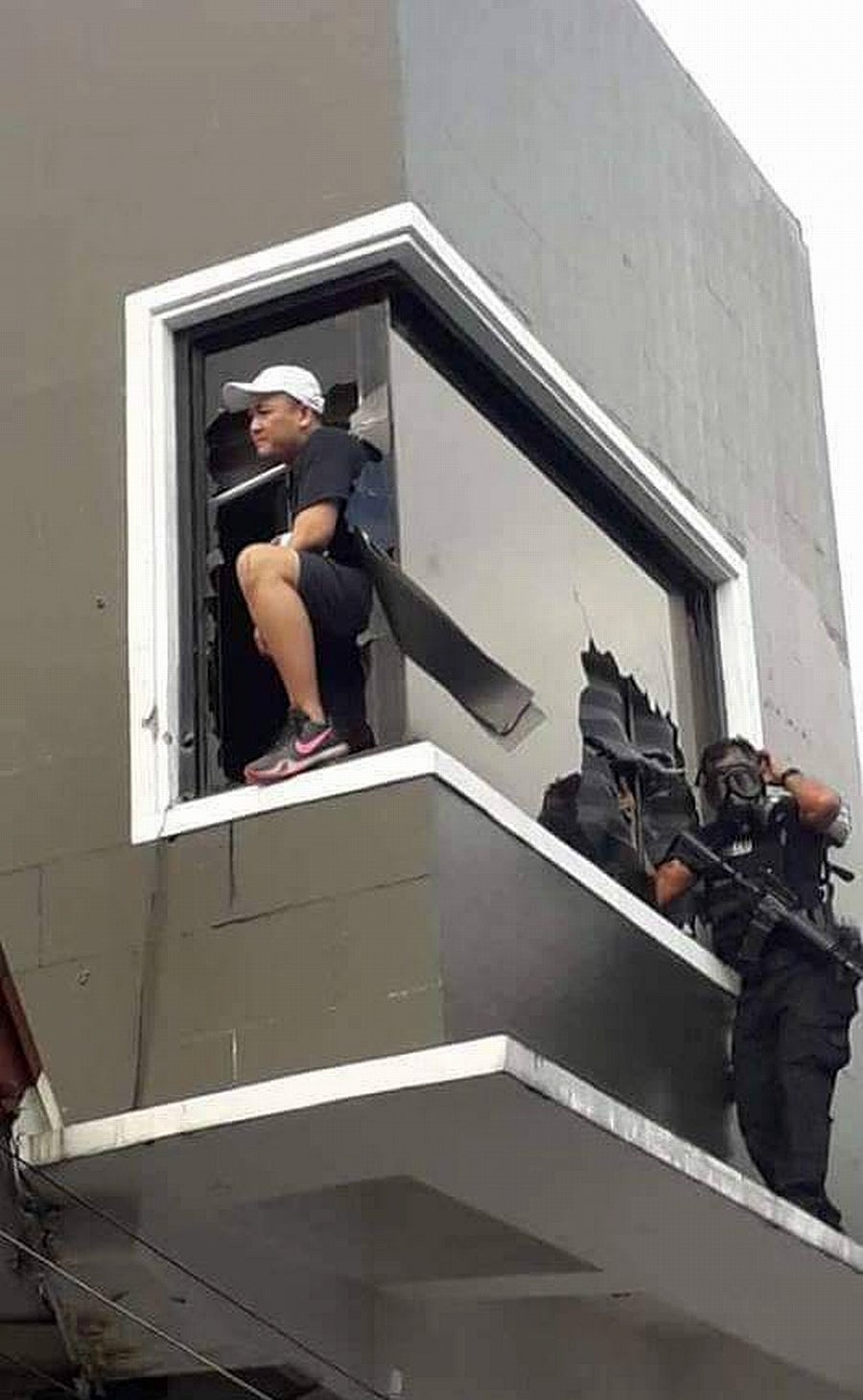 Mayoral candidate Andre Santos (with the white baseball cap) of Marilao town in Bulacan province leans out of a broken window, not realizing a police officer, was about to pounce on him on Friday (Dec. 7). Santos had barricaded himself inside his house for 20 hours when the police served him an arrest warrant on Thursday night (Dec. 6). Contributed Photo by the Bulacan Disaster Risk Reduction and Management Office

MARILAO, BULACAN – The police on Friday (Dec. 7) subdued mayoral candidate Andre Santos, who had sealed off his home since Thursday night (Dec. 6) to prevent his arrest for a theft case in Paranaque City.

Members of the Police Special Weapons and Tactics team (SWAT) broke through the second floor of Santos’ house in Barangay (village) Poblacion II and ignited a tear gas canister which led to the arrest of Santos at 4 p.m.

Santos, 30, barricaded himself at 8 p.m. on Thursday when Marilao policemen attempted to serve him an arrest warrant due to a P10-million qualified theft complaint filed by a Manila businessman.

Bulacan Gov. Wilhelmino Sy-Alvarado and Vice Gov. Daniel Fernando took part in the negotiations, at Santos’ request. The former councilor was armed with a handgun and a grenade.

Santos had been recording the stand-off and posting them on his Facebook page, starting at 4:30 a.m. on Friday. He spoke about his frustrations and asserted that Marilao’s problem was corruption.

Santos also urged his viewers to send him food.

He had been exchanging text messages with Supt. Ricardo Pangan, Marilao police chief.