Andaya: Lawmakers are off limits in P16-B budget for LGUs | Inquirer News

Andaya: Lawmakers are off limits in P16-B budget for LGUs 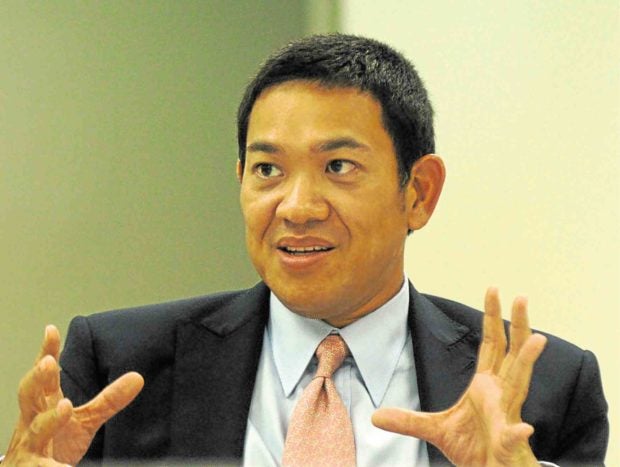 House Majority Leader Rolando Andaya Jr. on Friday assured that lawmakers would not have any control in the distribution of the P16-billion allocation for the assistance to local government units (Algu) in the proposed budget for 2019.

During budget deliberations on Thursday, Senator Panfilo Lacson questioned the P9-billion increase in the Algu funds, which was done without consulting the DBM.

READ: Ping: P16B for LGUs smells like pork, too

Andaya explained that Budget Secretary Benjamin Diokno would have the “final say” when it comes to which projects of LGUs would be funded by the Algu, not Congress.

Reacting to Lacson’s allegation that the Algu is a lump-sum fund, Andaya clarified that, technically, it is an “executive pork” that would “fall under the control of the executive.”

“If you really want to be technical about it, that’s executive pork because that will fall completely under the control of the executive,” Andaya said.

“That will fall under the control of the Secretary of DBM. Not under Congress because the guidelines on how, when, where it should be released will be determined by the DBM. Walang papel ang congressman. That is executive pork, if you want to be blunt about it,” he added.

The lawmaker remained adamant that congressmen would not be allowed to request the distribution of Algu, only mayors and the Sangguniang Bayan because the funds are strictly for LGUs. /jpv