Judge who acquitted Revilla clarifies: I would love to convict him but... |
Close
menu
search

Judge who acquitted Revilla clarifies: I would love to convict him but… 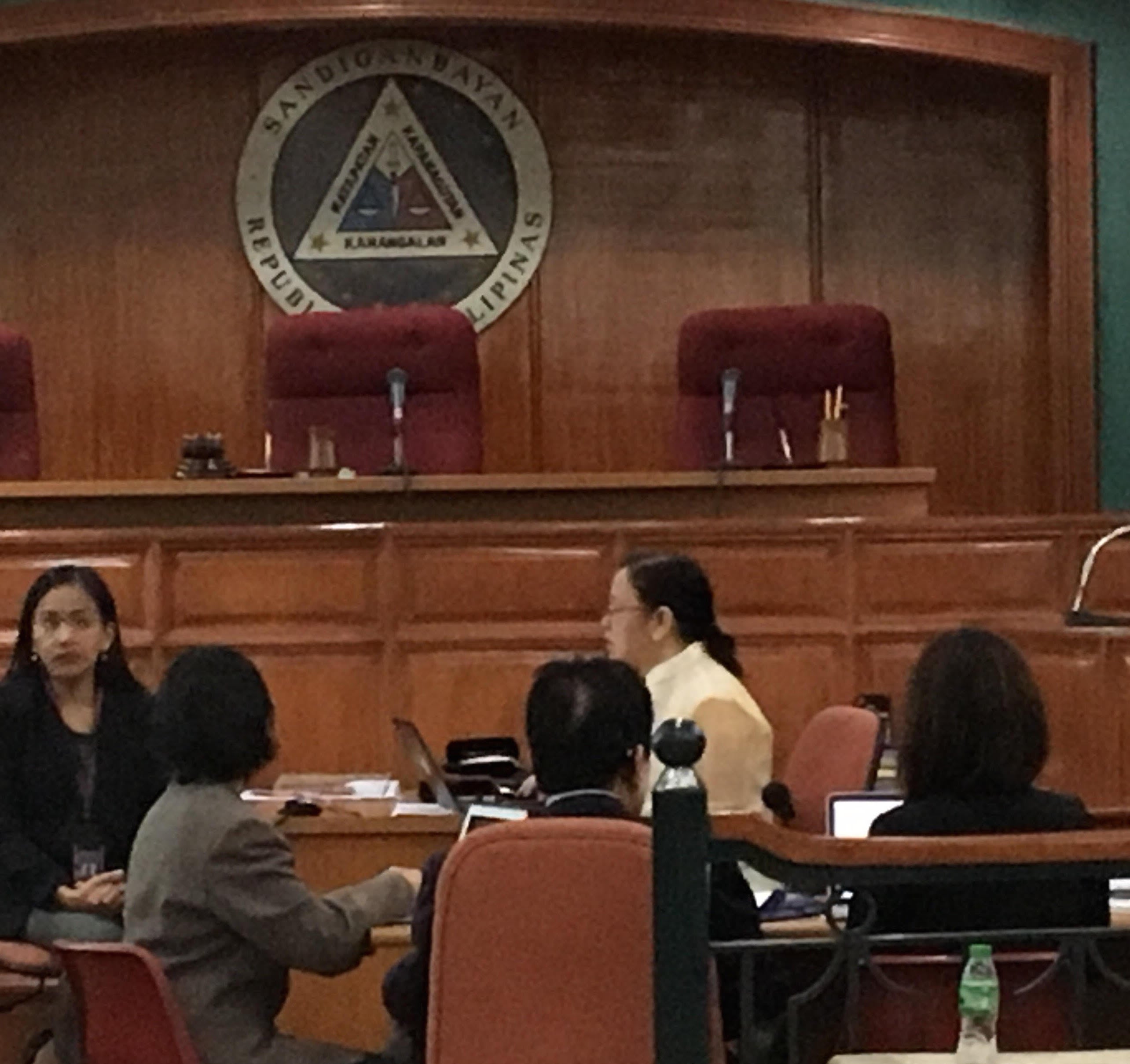 Sandiganbayan Justice Geraldine Faith Econg (center, in barong tagalog, with her hair in pony-tail) has taken charge of the preliminary conference in the trial of former Senator Ramon “Bong” Revilla Jr. for plunder on March 2, 2017. (PHOTO BY VINCE NONATO / INQUIRER)

MANILA, Philippines — The Sandiganbayan justice who wrote the decision to acquit Senator Ramon “Bong” Revilla Jr. has clarified that she initially wanted to convict him of plunder – but was restrained by lack of proof.

“Yes, I know it’s unpopular.  I would have loved to be a heroine, that I convicted him,” Sandiganbayan First Division Associate Judge Geraldine Faith Econg told reporters a few hours after Revilla was acquitted on Friday.

“But at the end of the day, I’m bound to rule based on evidence presented by both the prosecution and the defense,” she added.

Econg was the ponente — or the division member who wrote the decision — of the First Division’s stand.  According to her, the prosecution failed to prove that Revilla indeed committed plunder, or received kickbacks from pork barrel.

“For failure of the prosecution to establish beyond reasonable doubt that accused Ramon “Bong” Revilla Jr. received, directly or indirectly, the rebates, commission, and kickbacks from his PDAF, the Court cannot hold him liable for the crime of plunder.  Accordingly, he is acquitted,” she said.

In the same document, she also stressed that the court must focus on the facts of the case, and should not be swayed by popular opinion — such as the clamor for Revilla to be convicted.

“Moreover, courts are expected to be insulated from the pressures of public opinion.  Popularity or unpopularity of the verdict should never be a factor in arriving at a decision,” Econg said.

“Rather the main consideration must be whether or not justice is served as warranted by the evidence on record,” she added.

In several online platforms, Filipino netizens slammed the decision of the anti-graft court, even accusing judges of receiving paybacks in exchange for a favorable decision.

However, Econg stressed that it was the fault of the prosecution for not proving the allegations against Revilla.

“In other words, lack of direct evidence should not be an opportunity for one to fall for the convenient lure of suspicion in the determination of an accused’s liability for the crime charged,” the associate justice said in the decision.

“Moreover, the evidence of the other camp submitted by the prosecution did not exclude the possibilities that he did not commit the crime,” she added later, during the interview./ac