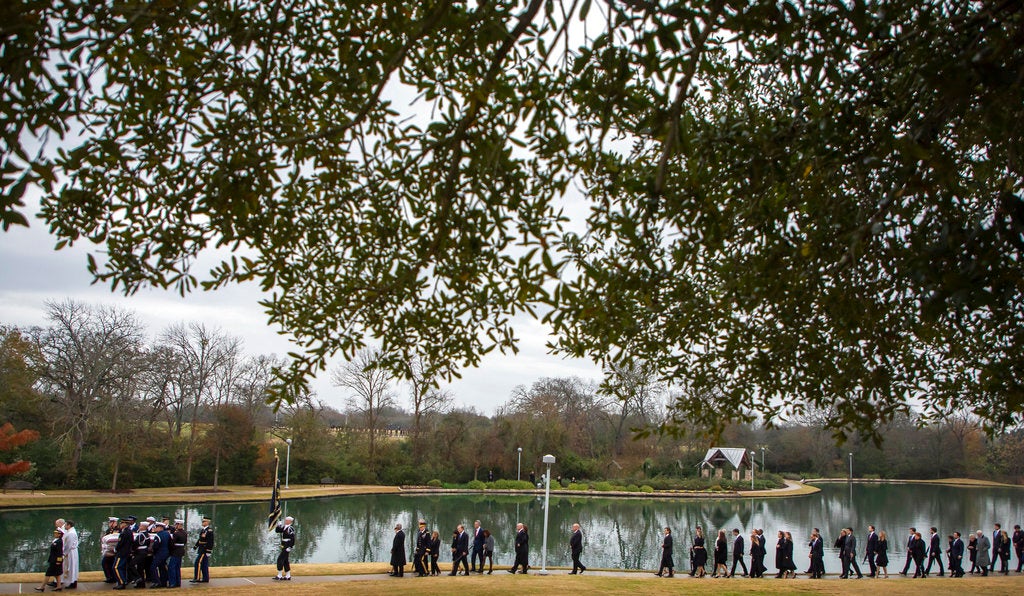 The flag-draped casket of former President George H.W. Bush is followed by his family as he is carried to a burial plot close to his presidential library for internment in College Station, Texas, Thursday, Dec. 6, 2018. (Smiley N. Pool/The Dallas Morning News via AP, Pool)

HOUSTON — Texas A&M said the private, graveside service for George H.W. Bush’s family members has ended and the former president has been buried.

After lying in state at the U.S. Capitol and a funeral at Washington’s National Cathedral, Bush had a funeral at the Houston church where his family worshipped.

His remains then rode on a special funeral train to College Station, where he was buried at his presidential library at Texas A&M University. Prior to the closed service, about 2,100 cadets in dress uniforms lined the road to the graveside and saluted as the motorcade passed.

Family spokesman Jim McGrath said President George W. Bush has left the library and other relatives have, too.