According to the Sandiganbayan Special First Division, both will serve a sentence of up to 40 years imprisonment and are perpetually disqualified from holding public office. Cambe served as aide to Revilla.

The anti-graft court said that the prosecution was not able to prove the guilt of Revilla, who was accused of allocating P224 million from his ‘pork barrel’, or the Priority Development Assistance Fund (PDAF) to bogus non-government organizations owned by Napoles.

This is the first pork barrel scam case decided by the Sandiganbayan.

During the promulgation on Friday, the Sandiganbayan Special First Division said that it is  Cambe, and not Revilla, who is guilty of misusing public funds.

Revilla was accused of allocating P224 million from his ‘pork barrel’, or the Priority Development Assistance Fund (PDAF) to bogus non-government organizations owned by Napoles.

It has been 4 years since the Office of the Ombudsman filed the case was filed against Revilla and co-accused former Senators Juan Ponce Enrile and Jinggoy Estrada.

All three were previously detained at the Philippine National Police (PNP) Custodial Center in Camp Crame, although only Enrile and Estrada were allowed by the Sandiganbayan to post bail.

Enrile cited old age, while the anti-graft court said that Estrada did not appear to be the main plunderer.  /muf 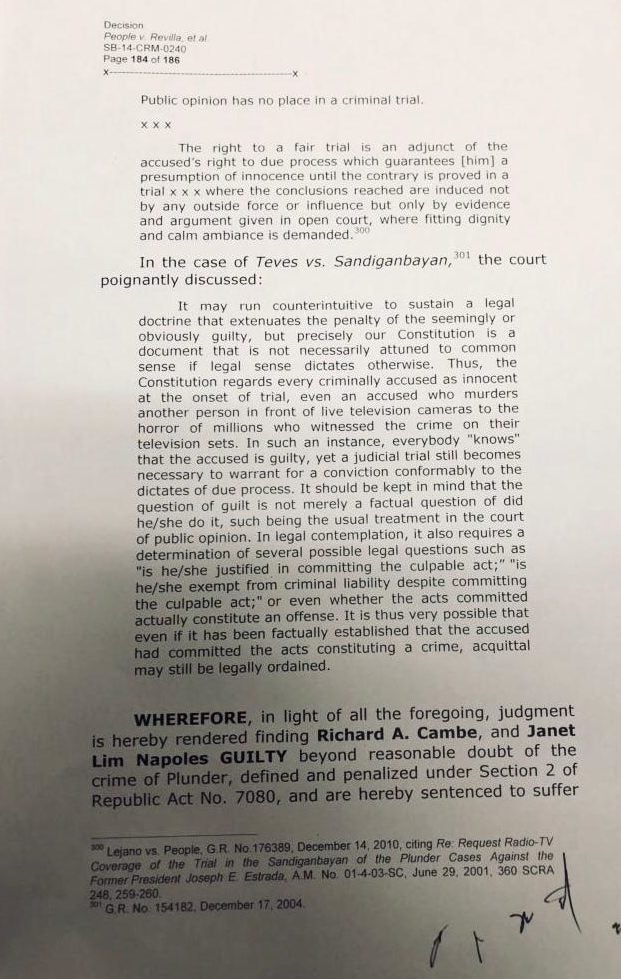 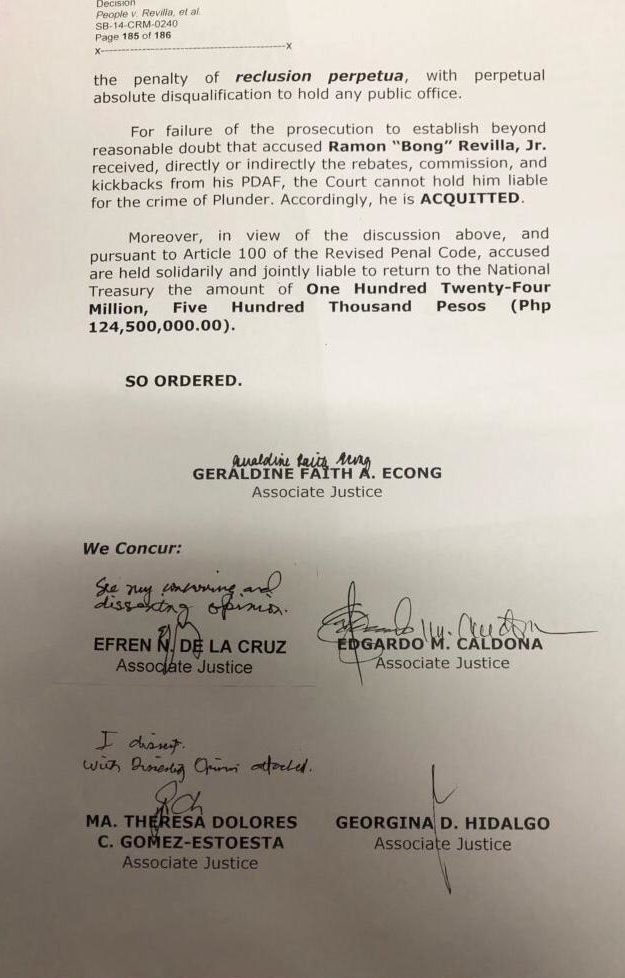