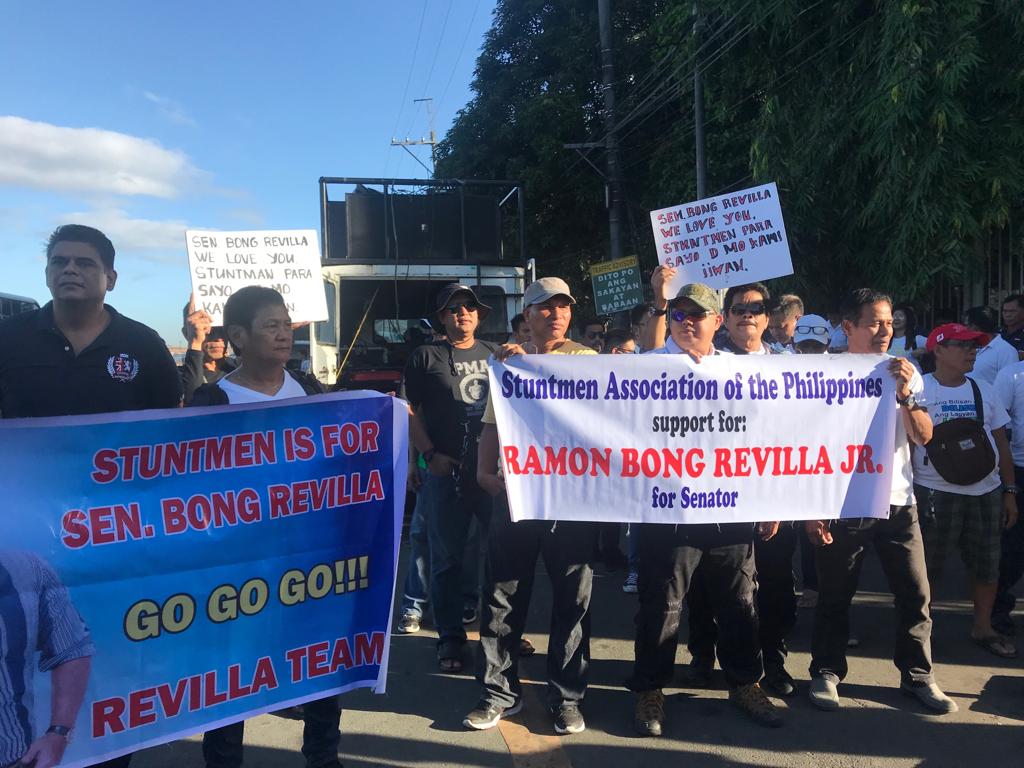 MANILA, Philippines — Supporters of former  Senator Ramon “Bong” Revilla Jr.  gathered  outside the Sandiganbayan on Friday for the promulgation of his plunder case.

The anti-graft court First Division is set to promulgate its verdict on Revilla’s P224.5-million plunder case on the pork barrel scam. 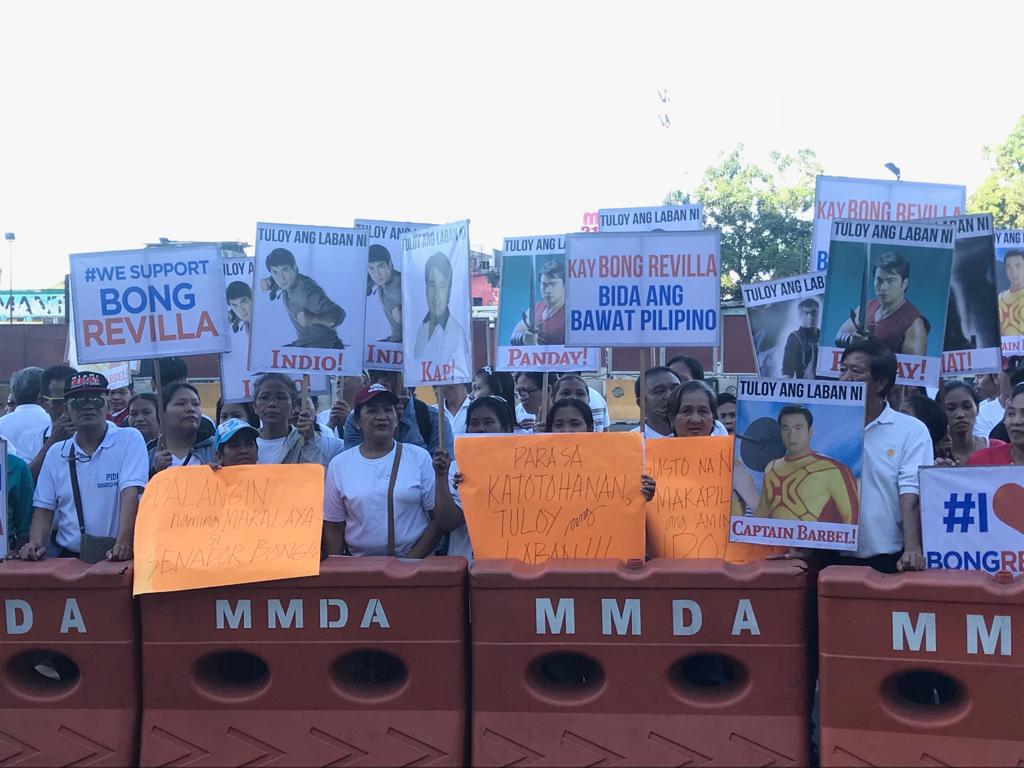 Supporters were hopeful that the former Senator will be acquitted for plunder.

This will be the first judgment in the multi-billion pork barrel scam allegedly masterminded by businesswoman Janet Lim-Napoles. 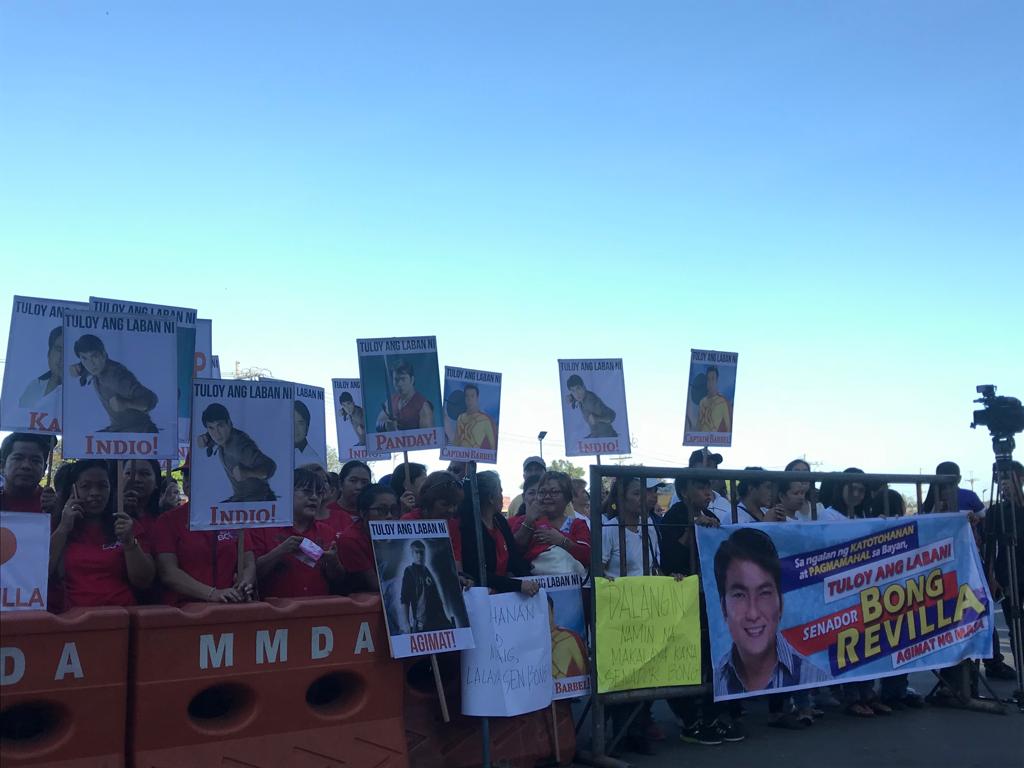 Revilla was among the so-called “PDAF-scam senators” running for Senate in the 2019 midterm elections, along with Jinggoy Estrada and Juan Ponce Enrile.