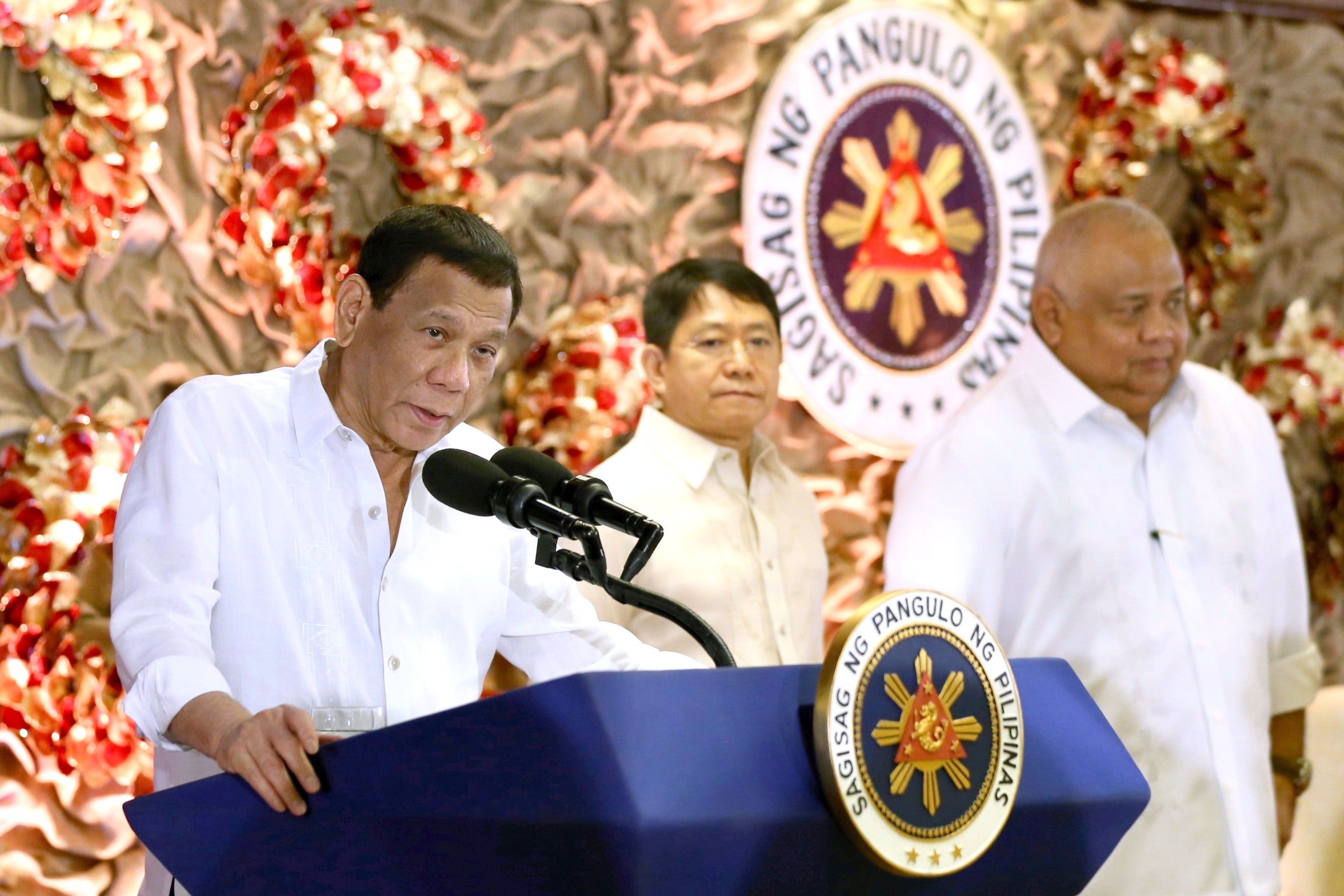 President Rodrigo Duterte on Thursday vowed to gift the nation with a “drug-free community” before he steps down in 2022.

In a speech on the 85th anniversary of the Department of Labor and Employment on Thursday, the President lamented how families became dysfunctional when a member turned to drugs.

Noting that his presidency was a “gift from God,” he said his gift to the people would be to “clean up” the illegal drug problem before he steps down in 2022.

Willing to go to jail

“I will give you a drug-free community. That will be my gift for you,” Mr. Duterte said.

The President said he was willing to go to jail for ordering the war on drugs.

“I will really finish them off,” he said, referring to drug syndicates and pushers.

“They say that I ordered the killing of people, drug pushers, and drug syndicates. That’s true,” the President said.

When he assumed office in 2016, Mr. Duterte said he already warned he would not allow anyone to destroy the country and the youth with illegal drugs.

He also attacked the Catholic Church anew, saying that bishops “do not have the capacity to really get the dimension of it all,” in reference to the social costs of the illegal drug problem.

Saying he wanted to “quarrel openly” with bishops, he said: “Tell me what my sins are? Look for a bishop who is into illegal drugs and I will cut off his head.”

The President lamented that bishops always claimed that the people who died in the war on drugs were victims of extrajudicial killing.