2 US military planes crash while refueling off Japan — official 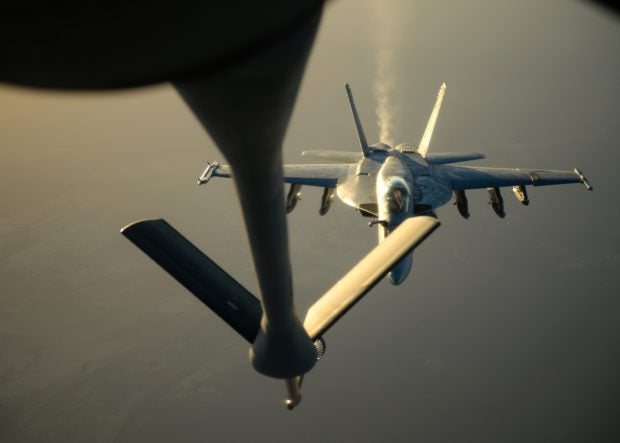 A US F-18E Super Hornet approaches a KC-135 Stratotanker for a mid-air refueling operation. AFP

Two US Marine Corps aircraft crashed during a refueling operation off the coast of Japan, a US defense official told AFP on Wednesday.

The planes involved were an F-18 fighter and a C-130 tanker, the official said.

In a statement, the Marine Corps said the planes had taken off from Marine Corps Air Station Iwakuni. Search and rescue operations were underway following a “mishap.”

They “were conducting regularly scheduled training when the mishap occurred,” the statement read.

Second Lieutenant Alyssa Morales, a spokeswoman for the 1st Marine Aircraft Wing based in Okinawa, told military news site Task and Purpose that one of the Marines had been rescued alive, but this could not be immediately confirmed.

The US military has about 50,000 troops stationed in Japan. /cbb