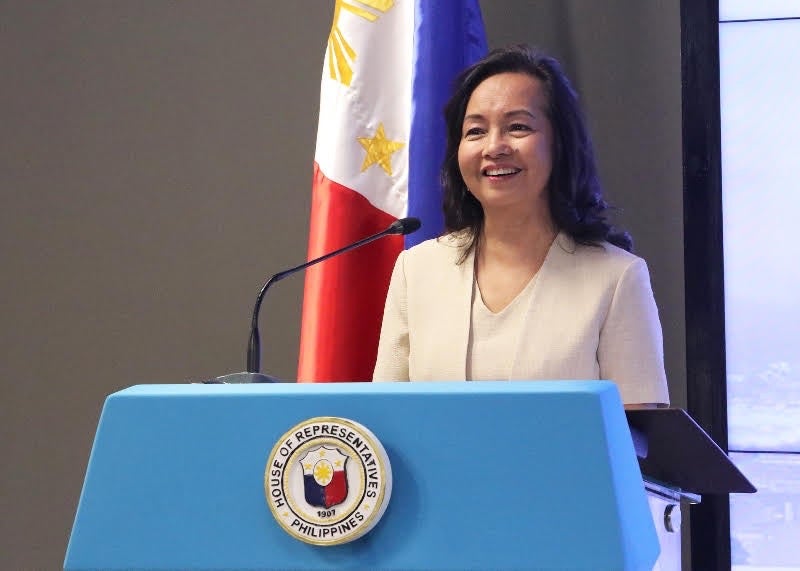 Photo by Office of the Speaker / Press & Public Affairs Bureau

Speaker Gloria Macapagal-Arroyo may be getting the lion’s share of a pork bonanza in the House of Representatives, as her district, according to Sen. Panfilo Lacson, has been allotted P2.4 billion worth of projects after last-minute realignments in the proposed national budget for 2019.

That includes P500 million in farm-to-market roads alone, said Lacson, who on Wednesday disclosed a snippet of his initial scrutiny of the P3.8-trillion general appropriations bill (GAB) on the second day of Senate debates on the budget.

Besides Arroyo’s hometown, the district of a favored congressman from Camarines Sur would be getting P1.9 billion worth of projects next year, the senator said, sharing more details of an allegation he first made on Monday night.

Lacson would not disclose the identity of either lawmaker, but he said the two House members were among the “blessed few” representatives whose districts or constituencies were allocated much bigger funds than the P60-million pork promised by the Speaker to each of them.

“I’ll say most of them or all of them (legislators) got P60 million. But some blessed few got more,” he said.

Last week, House Majority Leader Rolando Andaya Jr. admitted that Arroyo had directed the allotment of at least P60 million worth of government projects to each House member.

But Andaya insisted the allocations were all itemized and not pork, or postenactment, lump-sum appropriations, which the Supreme Court declared unconstitutional in 2013.

Though Lacson did not name Arroyo, only calling her “the congresswoman,” it was immediately clear he was referring to the former President after he showed a slide of projects in the towns of Lubao, Floridablanca, Porac and Guagua.

All these municipalities are in the second district of Pampanga, which Arroyo represents in the House.

“Which district is that, who is the district representative? [But] I cannot absolutely say it’s hers. There may have been others who inserted funding for that district. But logic dictates who it was,” Lacson told reporters.

“Of course, you take care of your district, right?” he said.

As for the congressman’s identity, Lacson only offered a clue.

Lacson said Pampanga’s second district was originally allotted P726 million in the national expenditure program proposed by the Department of Budget and Management, while P360 million was earmarked for the Camarines Sur congressman’s district.

The House approved the spending bill on second reading on Oct. 3, “but between Oct. 3 and date of transmittal to the Senate, they touched the budget and made changes without going back to plenary,” the senator said.

Under House rules, the period of amendments is supposed to occur before the voting on second reading.

By the time the spending bill was passed on final reading, Arroyo’s district share had ballooned with extra P1.7 billion in funding, while the unidentified congressman’s district received an additional P1.5 billion, Lacson said.

Lacson  presented a slide show of his findings of the House insertions.

“There is P500 million for farm-to-market roads in just one district alone,” he said.

“Whose is that?” asked Sen. Loren Legarda, chair of the finance committee who was sponsoring the spending bill.

“I’ll whisper it to you later,” Lacson replied. “I don’t know who’s from Lubao … But it’s all in the budget books. All you need to do is scrutinize.”

Arroyo is a resident of Lubao.

Compostela Valley Rep. Maria Carmen Zamora, chair of the House appropriations committee, denied that the House arbitrarily inserted P1.5 billion worth of road projects in the budget for Arroyo’s district, saying it was the Department of Public Works and Highways (DPWH) that realigned the funds.

Responding to Lacson’s claims on Wednesday night, Zamora said none of the 292 members of the House received a huge increase in the allotments for their districts.

She reiterated that the funds were not pork.

Zamora, however, admitted that Arroyo’s district got an additional allocation.

Pressed about the actual amount, Zamora said it was around P500 million, not P1.5 billion as Lacson claimed.

Zamora said this brought to P1.9 billion the DPWH funds earmarked for the second district of Pampanga.

Pork barrel is a program that channels funds to congressional districts. It is used in the budget to give lawmakers lump-sum allocations to finance their projects after the appropriations law has been approved. It is a source of kickbacks.

In the past, this was done through the Priority Development Assistance Fund or PDAF, which the Supreme Court struck down in a landmark 2013 ruling.

The Senate is working 12-hour days in the next two weeks to try to enact and ratify the spending bill before yearend to prevent a reenactment of the current national budget. But there may not be enough time, according to some senators.

Congress is supposed to have its last session day on Dec. 12, but it may extend the legislative calendar to accommodate the budget measure.