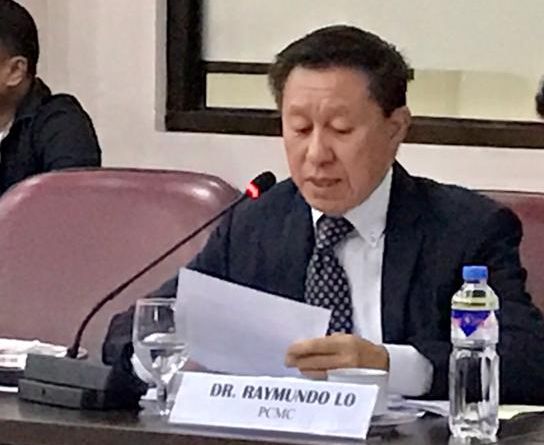 MANILA, Philippines – A pathologist said that the Public Attorneys’ Office’s (PAO) motion to include him in the Dengvaxia complaints filed before the Department of Justice (DOJ) was an attempt to “intimidate” him because of his testimony against PAO’s autopsy findings.

“The timing is very obvious that the PAO is trying to intimidate me after my damning testimony in the House of Representatives,” Lo said in a statement.

“If her (Atty. Persida Acosta’s) point in filing the motion is to silence me, she is wrong. The Filipino people deserve to know who is doing the country a great disservice by demonizing vaccination in general for that is what happened in the process of attacking Dengvaxia,” Lo said.

In the 15-page motion, the PAO said that Lo was among those who “facilitated the purchase of Dengvaxia vaccine even before the Food and Drug Administration (FDA) has issued the Certificate of Product Registration.”

According to the PAO, Dr. Sonia Gonzales signed a purchase request for the vaccine in Jan. 21, 2016, in behalf of Lo.

READ: DOJ urged to include 2 doctors in Dengvaxia complaints

Lo insisted that the charges against him were false and appealing to public sympathy.

He denied signing the Purchase Request for the Dengvaxia vaccine and said that he did not authorize anyone to sign on his behalf.

The pathologist earlier testified in the House of Representatives that some of PAO’s autopsy findings which linked the deaths of some patients to the Dengvaxia vaccine were not supported by facts.

Lo criticized the PAO’s conclusion that the deaths were Dengvaxia-related when the findings were the result of another disease process as supported by the established diagnoses and clinical course of the patient. /cbb