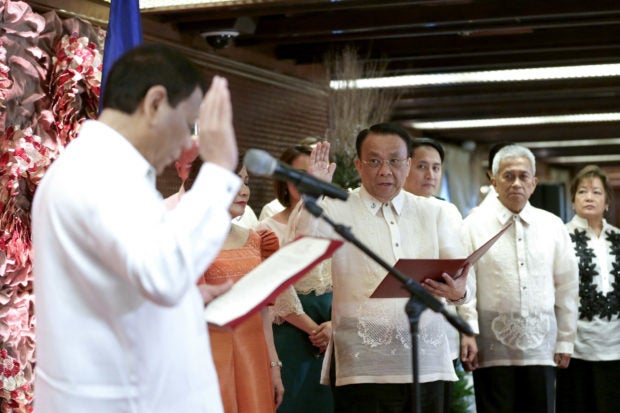 Bersamin was accompanied by his family at the Heroes Hall.

In his message to the officials, Duterte said, “My only message to you is that we are all workers of government and so let us work to preserve the nation and to protect the people.” /cbb