US gives Russia 60 days to comply with nuclear treaty 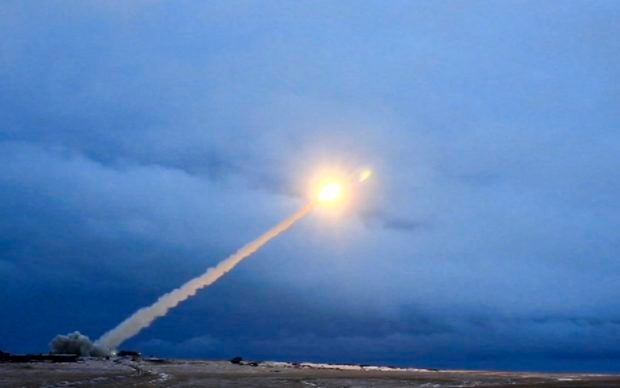 BRUSSELS, Belgium – The United States warned Russia on Tuesday it will withdraw from a major Cold War treaty limiting mid-range nuclear arms if Moscow does not dismantle missiles that Washington says breach it within 60 days.

US Secretary of State Mike Pompeo said Washington would no longer be bound by the 1987 Intermediate Range Nuclear Forces (INF) treaty unless Moscow withdraws a new system that has threatened to trigger an arms race.

NATO said it was now “up to Russia” to save the deal, seen by many as an important part of the global arms control architecture, and alliance chief Jens Stoltenberg said it was time to prepare for its demise.

“The United States today declares Russia in material breach of the treaty and we will suspend our obligations as a remedy in 60 days unless Russia returns to full and verifiable compliance,” Pompeo said after talks with fellow NATO foreign ministers.

“Russia’s actions gravely undermine American national security and that of our allies and partners. It makes no sense for the United States to remain in a treaty that constrains our ability to respond to Russia’s violations.”

The US and NATO say Russia’s 9M729 system, also known by the designation SSC-8, violates the INF treaty, which banned ground-launched missiles with a range of 500 to 5,500 kilometers.

The nuclear-capable Russian cruise missiles are mobile and hard to detect and can hit cities in Europe with little or no warning, according to NATO, dramatically changing the security calculus on the continent.

Stoltenberg said that although Russia has a last chance to comply, “we must also start to prepare for a world without the treaty”, which was the first to abolish a whole category of weapons.

“This was really arms control at its best and therefore it’s a really a big setback if this treaty now breaks totally down,” he said.

“I regret that we will now most likely see the end of the INF treaty, but at the same time we don’t have any other alternative than to react in the way we do.”

In October, President Donald Trump declared the United States would pull out of the treaty and build up America’s nuclear stockpile “until people come to their senses”.

But on Monday, the US leader said he wants talks with his Chinese and Russian counterparts Xi Jinping and Vladimir Putin “to head off a major and uncontrollable Arms Race”.

The INF was a bilateral treaty between the US and the then Soviet Union, so it puts no restrictions on other major military actors like China.

Pompeo said there was no reason why the US “should continue to cede this crucial military advantage” to rival powers.

If Russia does not comply within the 60-day deadline, the US will begin the six-month process of formally withdrawing from the INF treaty.

Until then, Pompeo said, the US would not “test or produce or deploy any systems” that would breach the treaty.

Over the past five years, the US has raised its concerns over the SSC-8 at least 30 times with Russia “to the highest levels of leadership”, Pompeo said, only to be met with denials, obfuscation and spurious counter-claims.

The US won strong backing for its position from the rest of the NATO allies, who said in a joint statement that it was “now up to Russia to preserve the INF treaty”.

“Allies have emphasized that the situation whereby the United States and other parties fully abide by the Treaty and Russia does not, is not sustainable,” they warned.

French Foreign Minister Jean-Yves Le Drian said it was “essential to act in a firm and united way”, warning Moscow it would bear the responsibility if the treaty collapsed.

Daryl Kimball, executive director of the Arms Control Association, warned that failing to negotiate a solution with Moscow “risks the start of a new missile race in Europe that will undermine European security.” /cbb