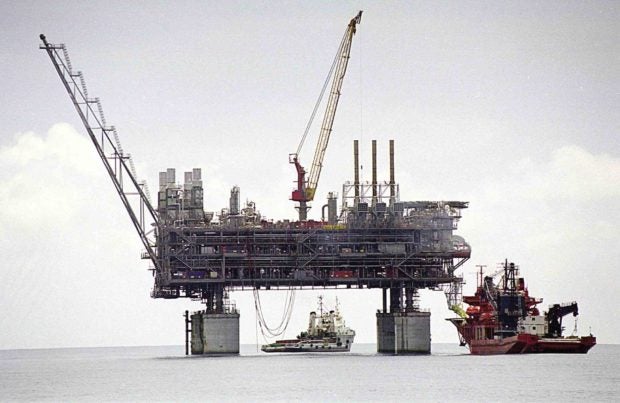 ENERGY SOURCE The Malampaya gas field, just off Palawan province, is one of the country’s sources of energy. INQUIRER FILE PHOTO

MANILA, Philippines—Voting unanimously, the Supreme Court has denied the bid of the province of Palawan to have a share of revenues from the Malampaya gas-to-power project, court insiders said Tuesday.

High court sources said 13 justices voted to deny the petition filed by the province of Palawan for a 40 percent of the more than US$8-billion revenues from the project.

Palawan insisted on a share of the revenue insisting that the project is within its territorial jurisdiction.

The source said only newly appointed Associate Justice Rosmari Carandang was not able to vote as she was on leave.

However, details of the ruling are still not clear as official decision has yet to be released.

Court Administrator and Spokesperson Jose Midas Marquez said the petition of the province of Palawan was among those discussed during Tuesday’s en banc (full court session) but refused to give details on what has been agreed upon by the justices. /jpv