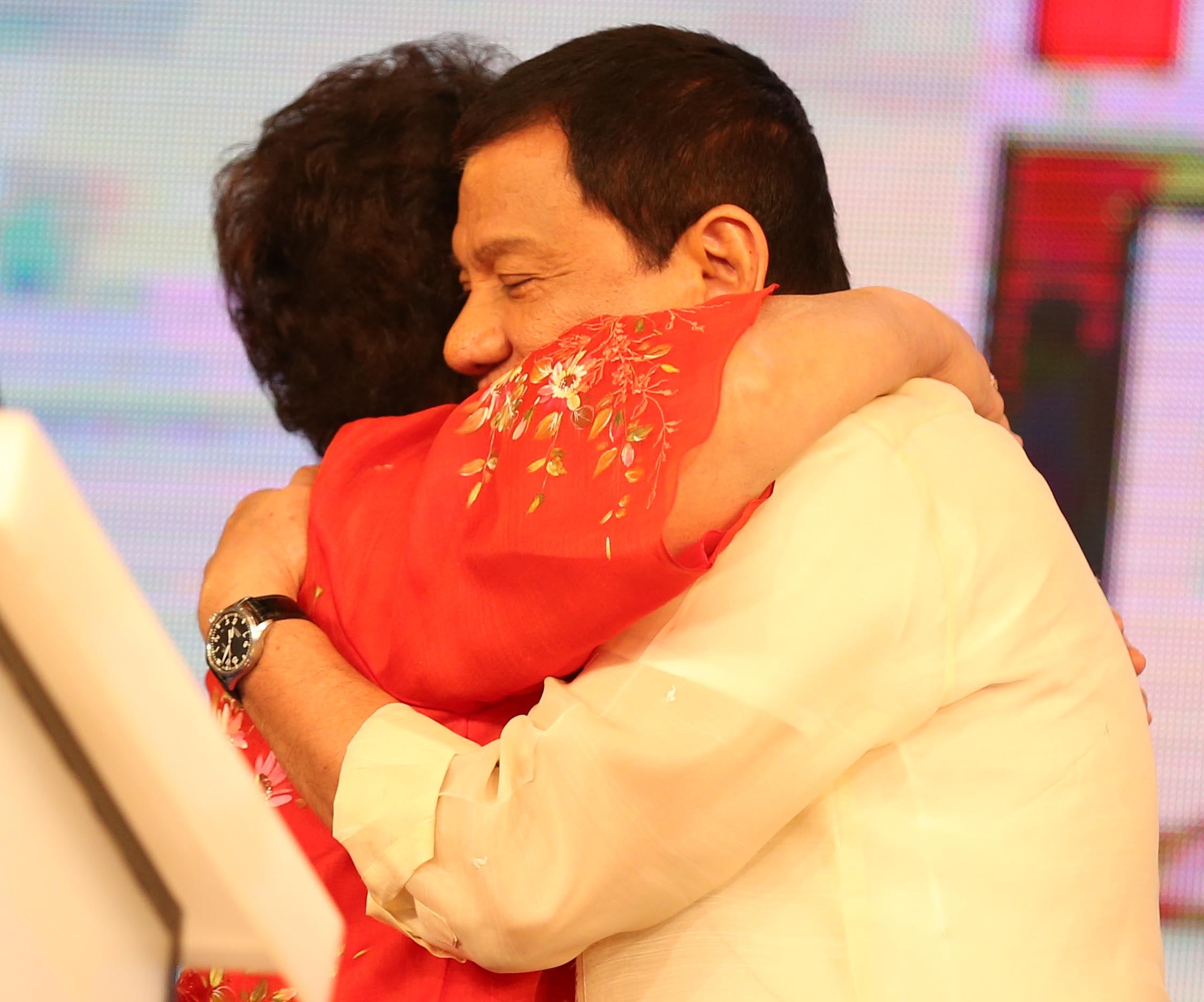 President Rodrigo Duterte on Monday led the conferment of the Quezon Service Cross Award, the highest civilian service recognition the nation can bestow, to the late Senator Miriam Defensor Santiago.

“Senator Miriam Santiago dedicated her life to public service for almost 50 years. She embodied the standards expected of a public servant,” Duterte said in his speech.

“May her memory be the light that will guide us towards a more progressive, inclusive, and equitable society,” he added.

In December last year, Duterte nominated Santiago, one of his co-presidential candidates in the 2016 elections, for the Quezon Service Cross award.

Santiago is now the sixth and the only woman in history to receive the prestigious award.

Santiago, who passed away in September 2017 due to lung cancer, had served in all three branches of the government during her stint in public service.

She had served as a trial judge, an immigration commissioner, a Secretary of Agrarian Reform, and a Senator of the Republic.

During the 2016 presidential elections, despite being political rivals for the presidency, both Duterte and Santiago have expressed admiration and respect for each other. /kga