Balangiga Bells to return to PH on Dec. 11 – Lorenzana 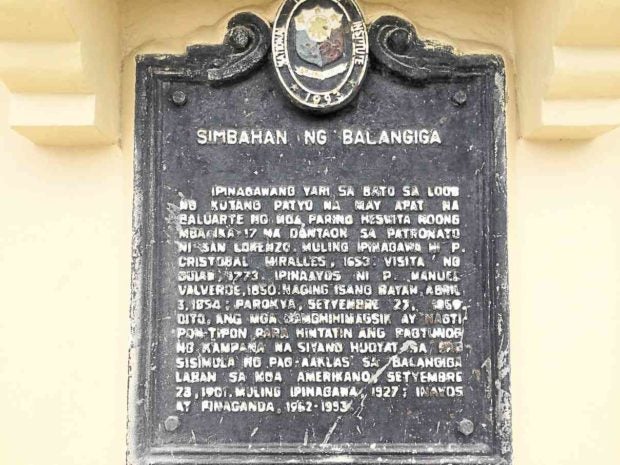 TACLOBAN CITY – A simple welcome ceremony is being planned for the historic bells of Balangiga town, Eastern Samar province, when they arrive at Villamor Air Base in Pasay City on Dec. 11.

This was announced on Monday by Defense Secretary Delfin Lorenzana during the joint meeting of the regional peace and order council, regional development council and the regional disaster risk reduction and management council in Ormoc City.

He said he was informed about the bells’ arrival by a staff member of United States Defense Secretary James Mattis.

He said they would ask President Rodrigo Duterte to grace the welcome ceremony on Dec. 11.

He said they wanted the bells to be in Balangiga on Dec. 15 in time for the start of “simbang gabi” (nine days of dawn Masses) on Dec. 16.

Lorenzana said it would be nice if residents would hear the bells peal again in Balangiga during misa de gallo (Christmas Eve Mass).

All three bells will be returned to the country. Two of these had been flown from the F. E. Warren Air Force in Cheyenne, Wyoming, where these had been displayed for years, to an air base in Guam.

Mattis led the turnover of the bells on Nov. 15 during a ceremony at the F. E. Warren Air Base. Ambassador to the United States Jose Manuel Romualdez accepted the bells for the Philippines.

Another bell is still at Camp Red Cloud, a US camp in Uijeongbu City, South Korea.

Balangiga residents have been clamoring for the return of the bells that were taken by the Americans as war trophies.

The bells were used by the Filipino resistance fighters to signal the attack on the American detachment in Balangiga on Sept. 28, 1901. At least 54 American soldiers were killed while 18 others were wounded in the attack.

An outraged American Gen. Jacob Smith deployed 180 soldiers a day after the attack and ordered them to turn the town into a “howling wilderness” where every Filipino male, at least 11 years old and capable of carrying firearms, was killed while communities were burned down. /kga /pdi