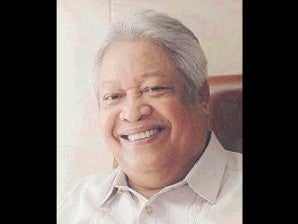 Twenty-nine opposition lawmakers on Monday proposed a resolution urging the Aquino administration to place former President and now Pampanga Representative Gloria Macapagal-Arroyo under house arrest as she faced trial for the nonbailable crime of election sabotage.

The congressmen, led by House Minority Leader Edcel Lagman, said neither the Rules of Court nor any law prohibited house arrest as a reasonable mode of placing an accused in custody pending the grant of bail, trial and final conviction.

“House arrest has been institutionalized worldwide in deference to former presidents, premiers, kings and heads of state, or when confinement in prison is not appropriate due to the age or delicate medical condition of the accused,” Lagman said.

In their proposed House Resolution No. 1964, the lawmakers said house arrest was an accepted detention measure in lieu of prison confinement during the pretrial and preconviction phases of criminal prosecution.

They said this mode of detention had been favored by the Supreme Court in several decisions since it secured the safety of an accused while still preventing his or her escape.

The proposed resolution said the government should consider that Arroyo had not fully recovered from her bone ailment for which she underwent three surgeries during the second half of the year.

“Considering her (Arroyo’s) stature as a former President of the Republic and as an incumbent representative, placing her under house arrest would be an act of due deference,” it said.

House arrest, according to the proposed measure, is also consistent with the standard of custody provided in Republic Act No. 7438, which defines the rights of arrested persons and the duties of arresting officers, jail officials, and investigators.

The proposed resolution also cited a precedent in the case of deposed President Joseph Estrada who was placed under house arrest.