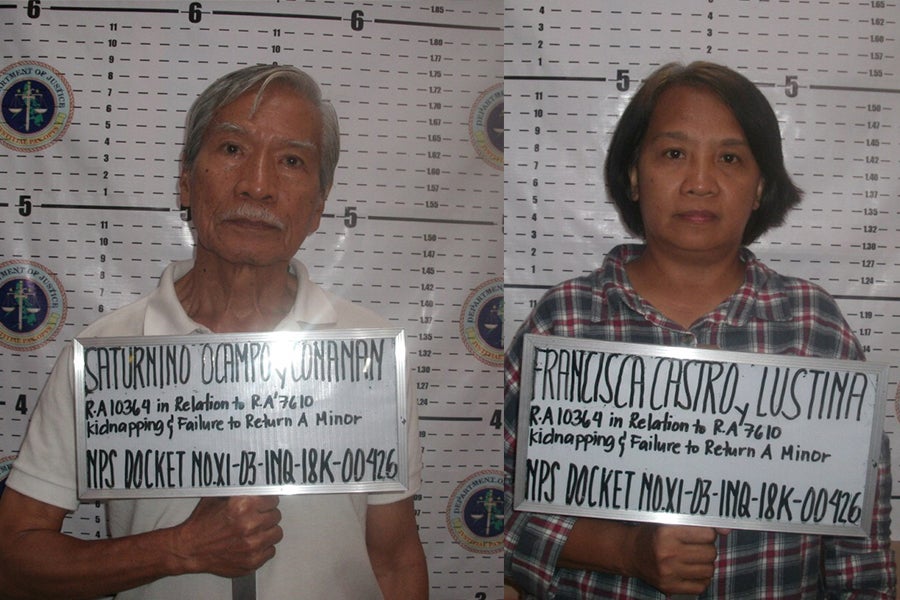 His statements came after the two were arrested in Talaingod, Davao del Norte last week, along with sixteen others, for allegedly trafficking minors. Ocampo and Castro claimed they were responding to a “humanitarian crisis” involving lumad or indigenous schools supposedly being targeted by government forces.

The group, which included 12 teachers and 29 students of lumad schools, four pastors and administrator of the Salugpungan community learning center, was intercepted while they were transporting the minors from Sitio Igang in Brgy. Palma Gil to Maco, Compostela Valley.

The group posted bail on Saturday after four days of detention. Both Ocampo and Castro have returned to Manila a few hours after their release.

In a television interview on Monday, Ocampo denied allegations of recruiting minors to join the communist movement.

While he confirmed the presence of the NPA in the area and that there were lumads who joined communist rebels, he said they were not minors.

He also denied he is still a member of the NPA.

“It’s a rule that after a long imprisonment or once a supposed suspected leader of the CPP-NPA is arrested, he loses all the titles and the duties in the revolutionary movement,” Ocampo said, maintaining that his actions are independent. /kga