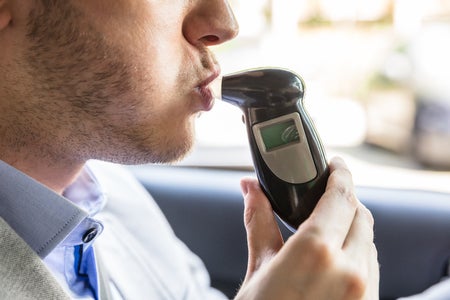 One man in New Delhi, India, stole a traffic enforcer’s breathalyzer to escape punishment for driving under the influence.

The suspect identified as Rishi Dhingra was charged with theft and obstructing a public servant from performing duty, as reported by the Hindustan Times on Wednesday, Nov. 28. However, the suspect managed to dodge the authorities once again after it was confirmed he already left the country for a “professional tour” in London, United Kingdom.

The police seized the black car Dhingra used during the time of the incident. When he was contacted by the authorities, he said he threw away the alcometer after fleeing from the traffic enforcer.

Dhingra was one of the inebriated drivers three traffic enforcers were checking in Connaught Palace at around 11:40 p.m. on Nov. 23, the report said. Following protocol, he was asked to blow into the breathalyzer.

The officer verified that Dhingra was indeed drunk while driving. The suspect then pretended to park on the roadside before snatching the alcometer from the hands of the traffic officer.

Dhingra put the breathalyzer on the passenger seat and drove off, the report stated. The stunned officer managed to get the last four digits of the suspect’s plate, which was used to track down and identify the suspect.

Whether or not Dhingra flew back to India after he was contacted by the authorities is yet to be reported, as of this writing. Kate Matriano/JB