No to ‘silly, gory’ welcome for Balangiga Bells – Locsin 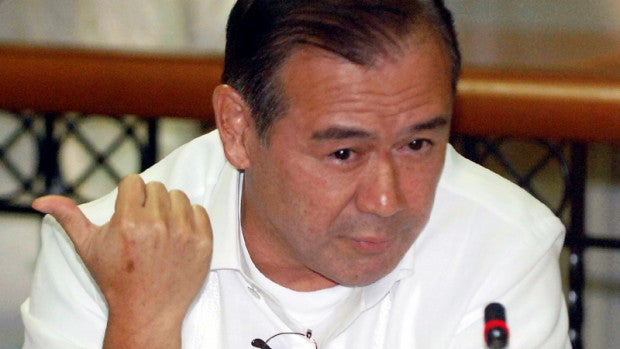 Ceremonies for the arrival of the Balangiga Bells to the country should be solemn and formal and without “silly or gory performances,” Foreign Affairs Secretary Teddy Locsin Jr. said Saturday.

“I urge a purely military ceremony of giving & acceptance by the two brave forces opposed once upon a time,” Locsin said in a Twitter post.

“Don’t let tourism or communism take advantage of it with silly or gory performances,” he added.

On Balangiga bells, I urge a purely military ceremony of giving & acceptance by the two brave forces opposed once upon a time. Don't let tourism or communism take advantage of it with silly or gory performances. Thank you Henry Howard for your indispensable help in getting them.

The historic bells are coming back to the country later this month about 115 years after American soldiers brought them to the US as war trophies.

READ: Balangiga Bells to be ni PH by late December

American forces seized the bells after Filipinos massacred 48 members of Company C of the US 9th Infantry Regiment in the town of Balangiga in eastern Samar on Sept. 28, 1901. US General Jacob Smith retaliated by ordering the turning of Samar into a “howling wilderness.”

Historical accounts estimate the number of Filipinos murdered by American forces between 2,500 and 50,000.

Locsin expressed gratitude to Henry Howard of the private group US-Philippines Society for his help in the return of the bells to the country.

He hoped that Howard would be present during the acceptance ceremony, an event from which Locsin dubbed as a closure on the issue.

“I hope he attends the ceremony that will give closure to a tragic but heroic event involving two peoples, American and Filipino with a truly heart-filled special relationship,” he said in a separate Twitter post.

Henry B. Howard was the quiet, relentless and longest committed influence in securing the bells. I hope he attends the ceremony that will give closure to a tragic but heroic event involving two peoples, American and Filipino with a truly heart-filled special relationship.

Malacañang welcomed the development, but noted that it would not issue further comments until the bells are already back home. /cbb

READ: Malacañang welcomes movement of Balangiga Bells back to PH