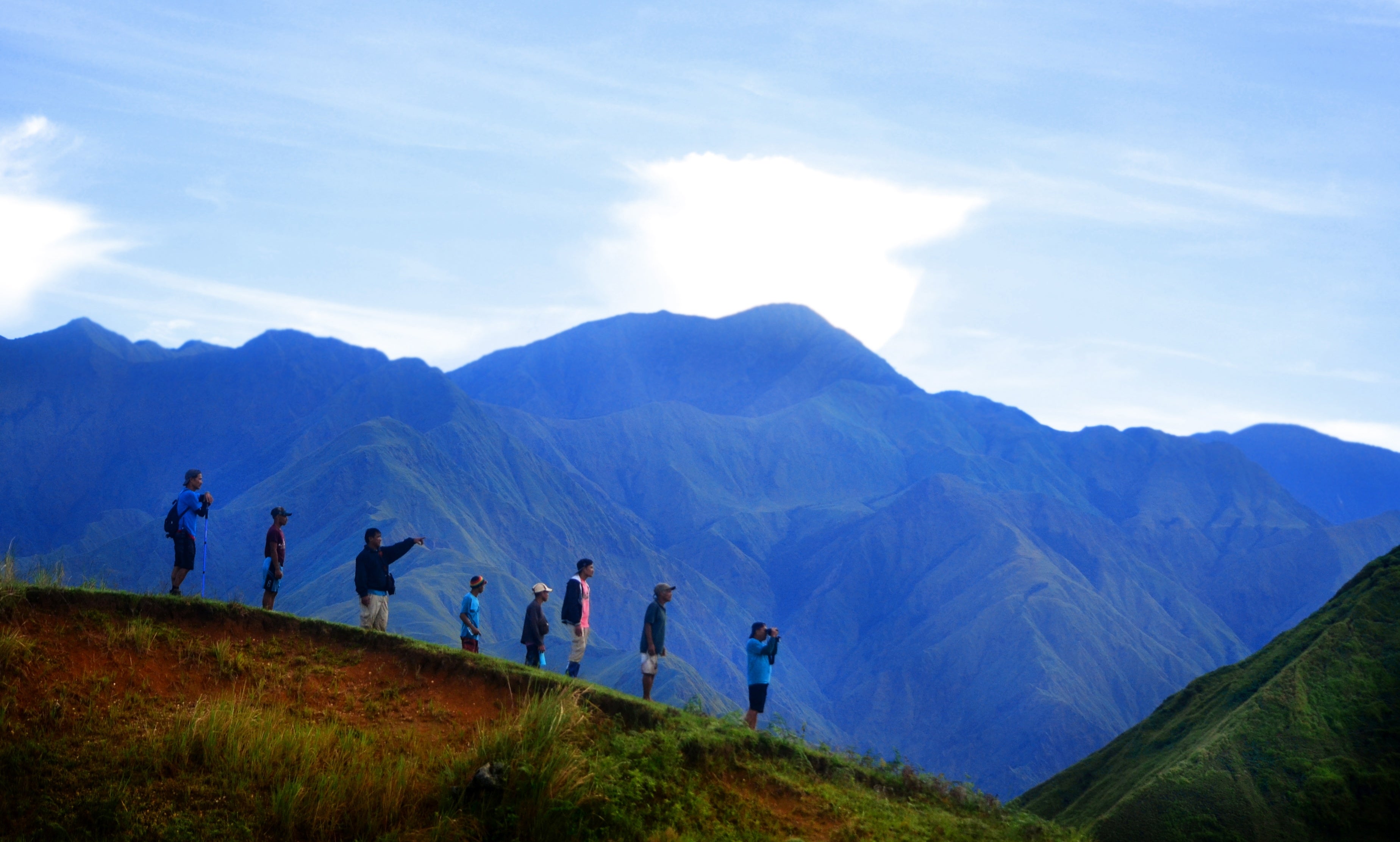 MINDORO — Trapped on the banks of an angry swollen river, the old Taw’buid woman trembled in the pelting rain, protected by nothing but a flimsy banana leaf.

I, too, was cold, but I had an umbrella, which I gave her. Dropping my jungle pack, I considered our predicament.

A sudden downpour engorged Occidental Mindoro’s mountain rivers an hour earlier. Fording the river was suicide. The only crossing was across a bamboo “monkey bridge” made of two slippery poles — a rotting base pole and a flimsy handrail. Which, of course, was broken. The bridge spanned 7 meters (25 feet) over angry, churning brown water. Just like an Indiana Jones movie.

With no alternative to get help and because a Siganon, or lowlander, like me cannot touch a female Taw’buid tribeswoman even for warmth, I ploughed forward to repair the bridge, tying myself to a branch with thick vines — a trick I learned from jungle survival school. 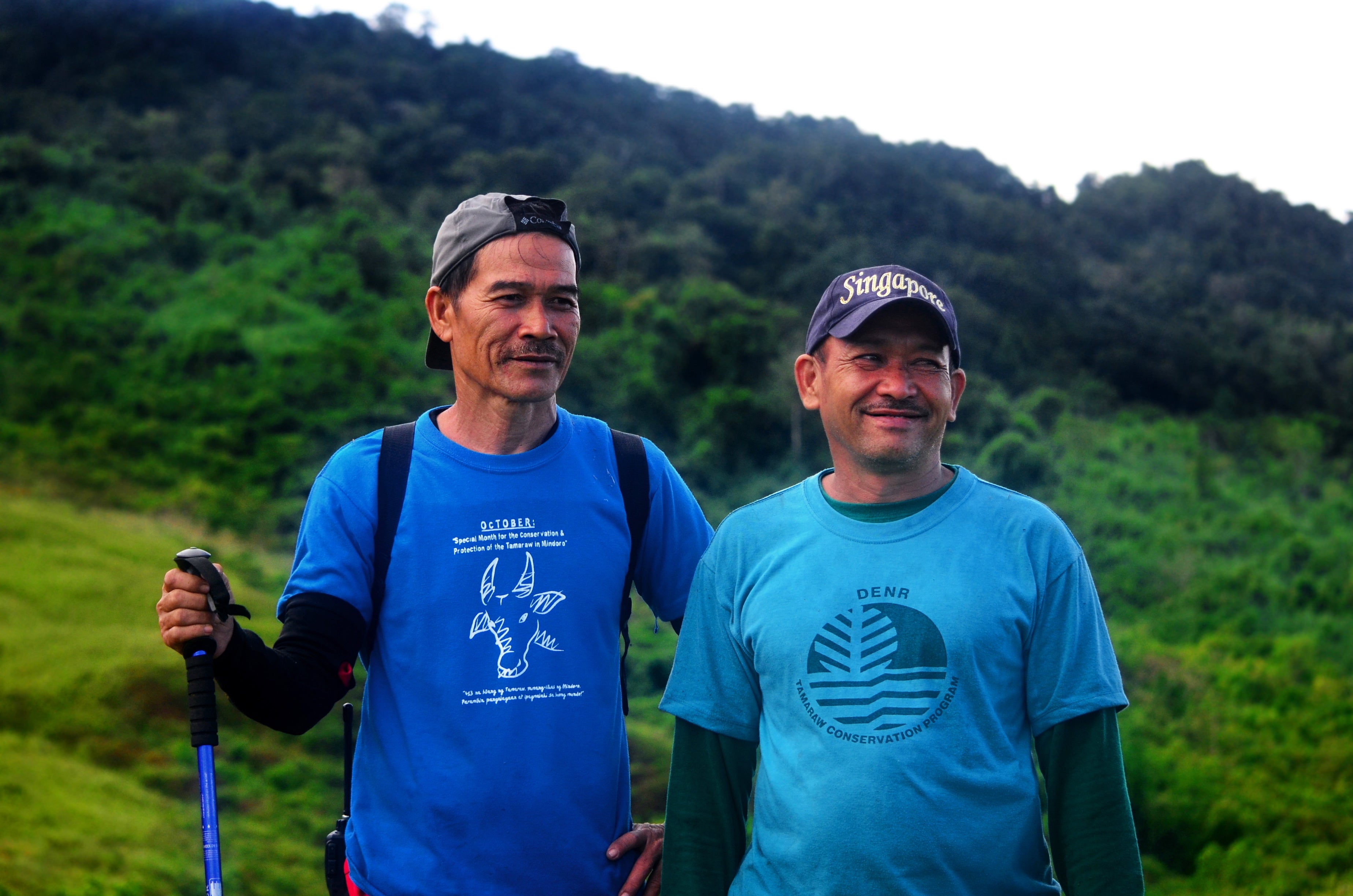 White-knuckling the broken bamboo rail, I took a step. Another. Knew I should have dieted more. Suddenly I felt the rotting bamboo pole give way. Craaaaack!

I quickly hopped back before the bamboo pole completely collapsed. I gazed at the shivering Taw’buid woman on the riverbank and cursed myself for not being able to do more.

Eventually, the rain eased up, the river became calmer and help arrived.

The first of our team’s Taw’buid and Buhid porters arrived to assess the situation.

Rapidly, they strung more vines around the battered bridge while a lithe scout crossed with a “fisho” — a long Taw’buid blade — emerging minutes later with two fresh bamboo poles.

As we sweated, grunted and tried to avoid falling into the river, the bridge took form.

Kamille Rosales, of the Biodiversity Finance Initiative (Biofin) of the United Nations Development Program (UNDP), handed the Taw’buid woman a dry shirt to keep her warm. After a half-hour, the bridge was up and we trudged once more to civilization. 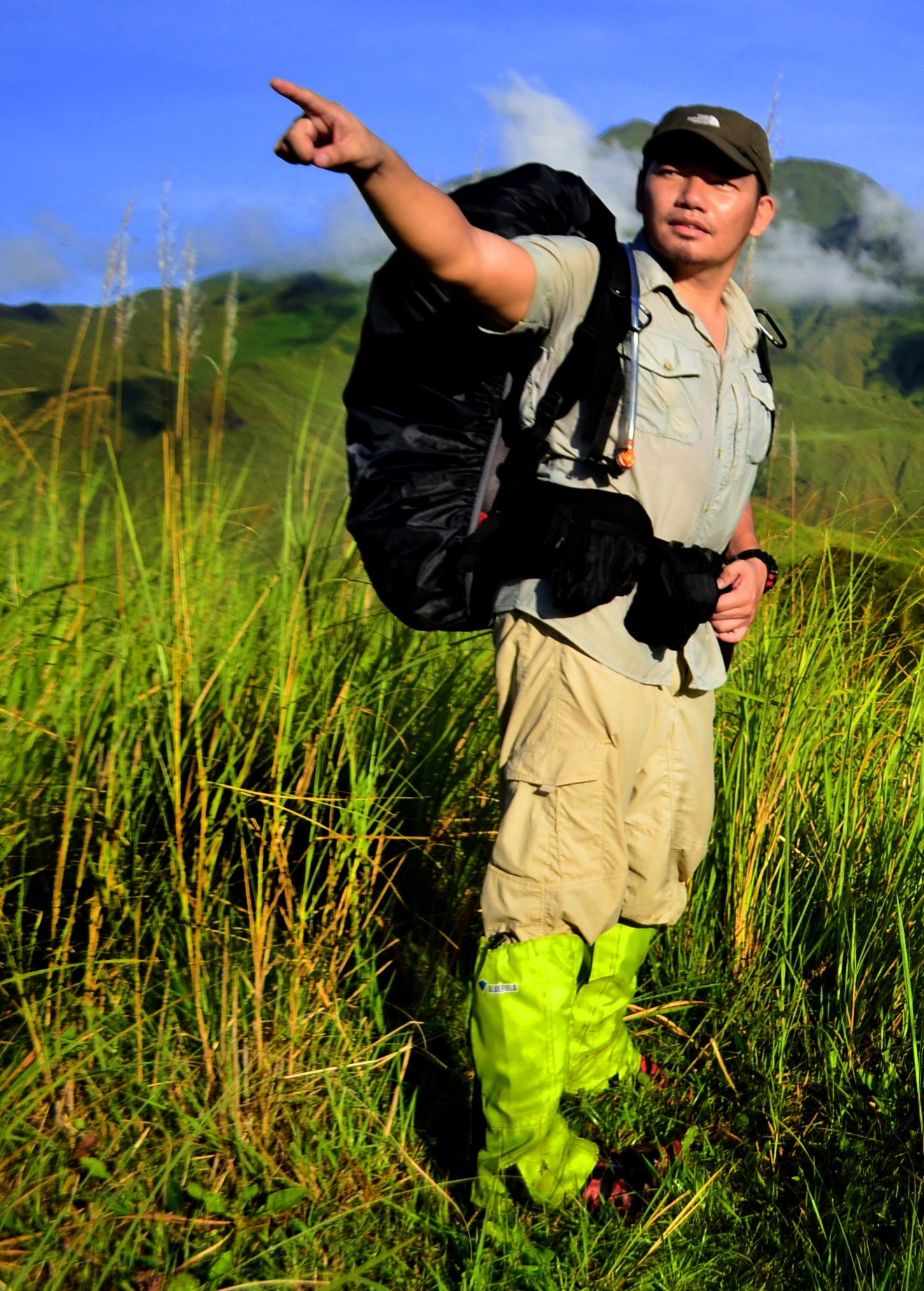 The author during the UNDP’s second Bio-Camp in Mindoro. —BERNARDMAGCARANG

As we crossed that rickety bridge, I realized how the brave, resourceful rangers of the Tamaraw Conservation Program (TCP) and the Mt. Iglit-Baco National Park surmounted these obstacles all the time, fording swollen rivers, patrolling against heavily armed poachers and dismantling dangerous spring-loaded spike traps set illegally within the park’s core zone.

Building bridges and keeping open a lifeline to the lowlands have kept the park and its endangered animals alive and thriving. This year, the park’s tamaraw numbers swelled to 523, the highest recorded since conservation efforts began.

“Once, I slipped down a mountain because we were patrolling without lights. We even chased off a dozen poachers with fireworks because we had no guns! This has become much more than a job for us. This is where many of us have devoted our lives,” he added.

Making do with equipment that have seen better days, the plucky rangers are every bit as tough as the tamaraws they protect. 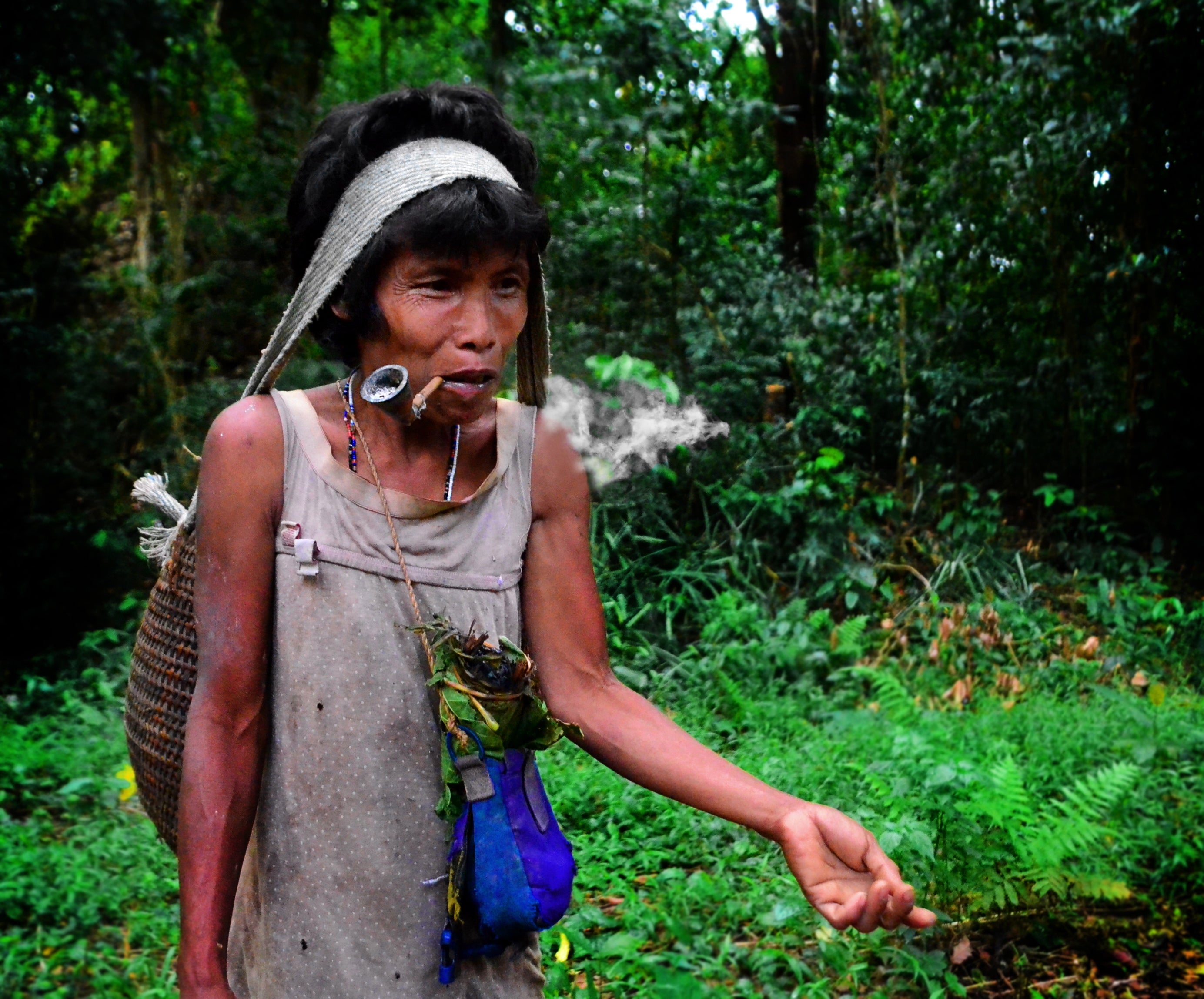 The Mt. Iglit-Baco National Park in Mindoro spans 75,445 hectares and is dominated by the 2,488-meter Mt. Baco and the 2,364-m Mt. Iglit. Eight major river systems wend through its grassy peaks.

When I first visited the park at the height of the monsoon season in 2012, we crossed a total of 42 rivers and streams. I remember how my ankles became leech magnets.

The park is famed for hosting the best-protected population of tamaraws (Bubalus mindorensis), the most endangered buffalo species in the world. 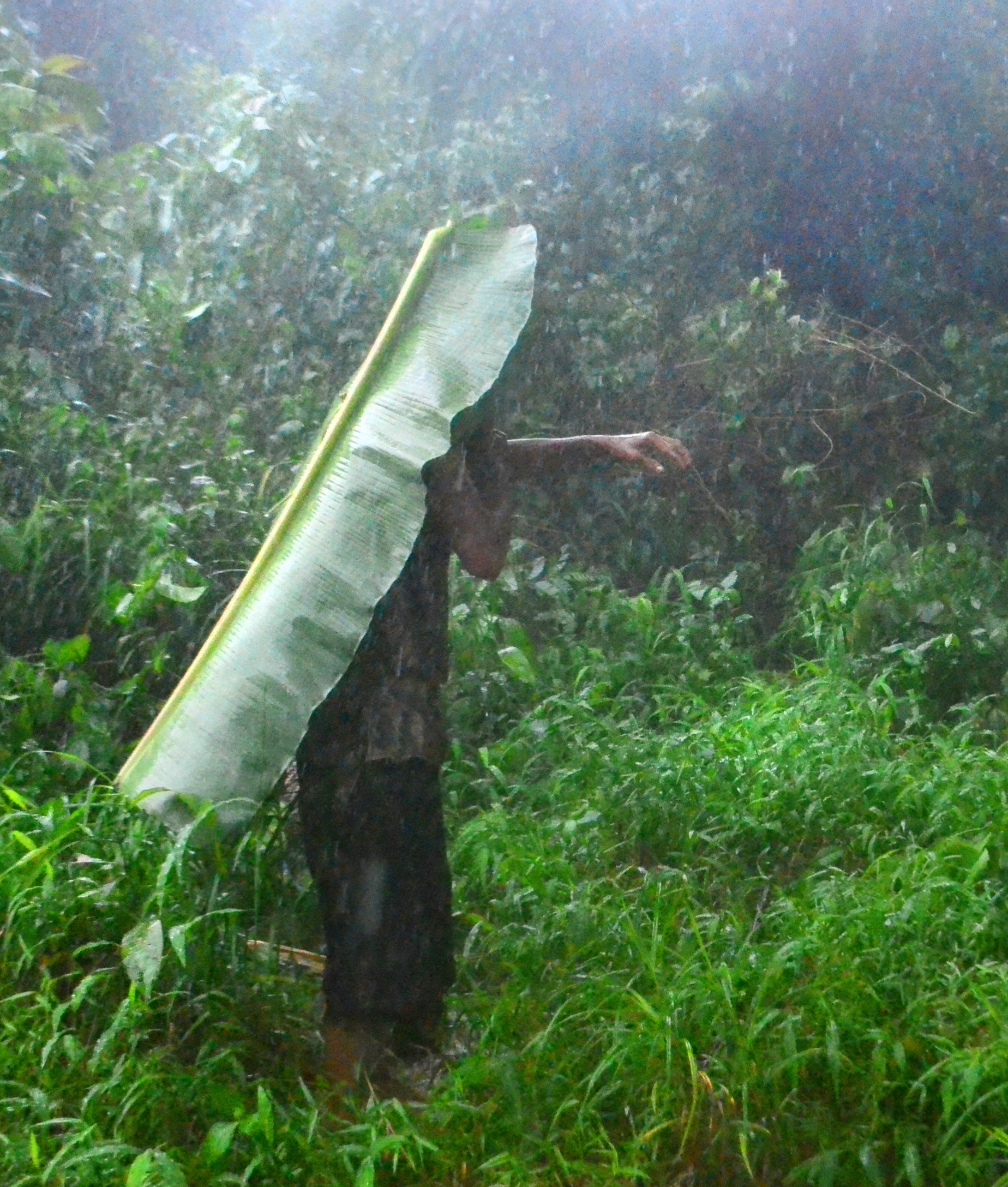 The park is also home to the reclusive Taw’buid, the largest of the eight tribes collectively called Mangyan, the others being the Alangan, Bangon, Buhid, Hanunuo, Iraya, Ratagnon and Tadyawan. The last time I visited was when the World Wide Fund for Nature (WWF), the TCP and National Geographic gave the tribe a shipment of solar lamps.

This year, I was invited by the UNDP to join the second Bio-Camp, an annual move to enhance public support for tamaraw conservation. Among other goals, the UNDP’s Biofin works to mobilize resources to finance nature and sustainable development and help close the funding gap to implement critically important biodiversity conservation projects.

The participants summitted Mt. Magawang, saw tamaraws in the wild and had lively discussions on how best to help rangers—the real heroes of Mt. Iglit-Baco National Park.

“Tamaraw patrols are sent out once or twice weekly and spend three days on each shift,” explained TCP field operations officer Ed Bata. “Last August, we found a tamaraw skull and the lower left jawbone of a Philippine deer — probably shot for meat by hunters. Poachers come at night, their flashlights rigged under the barrels of illegally acquired long-firearms like M14s.” 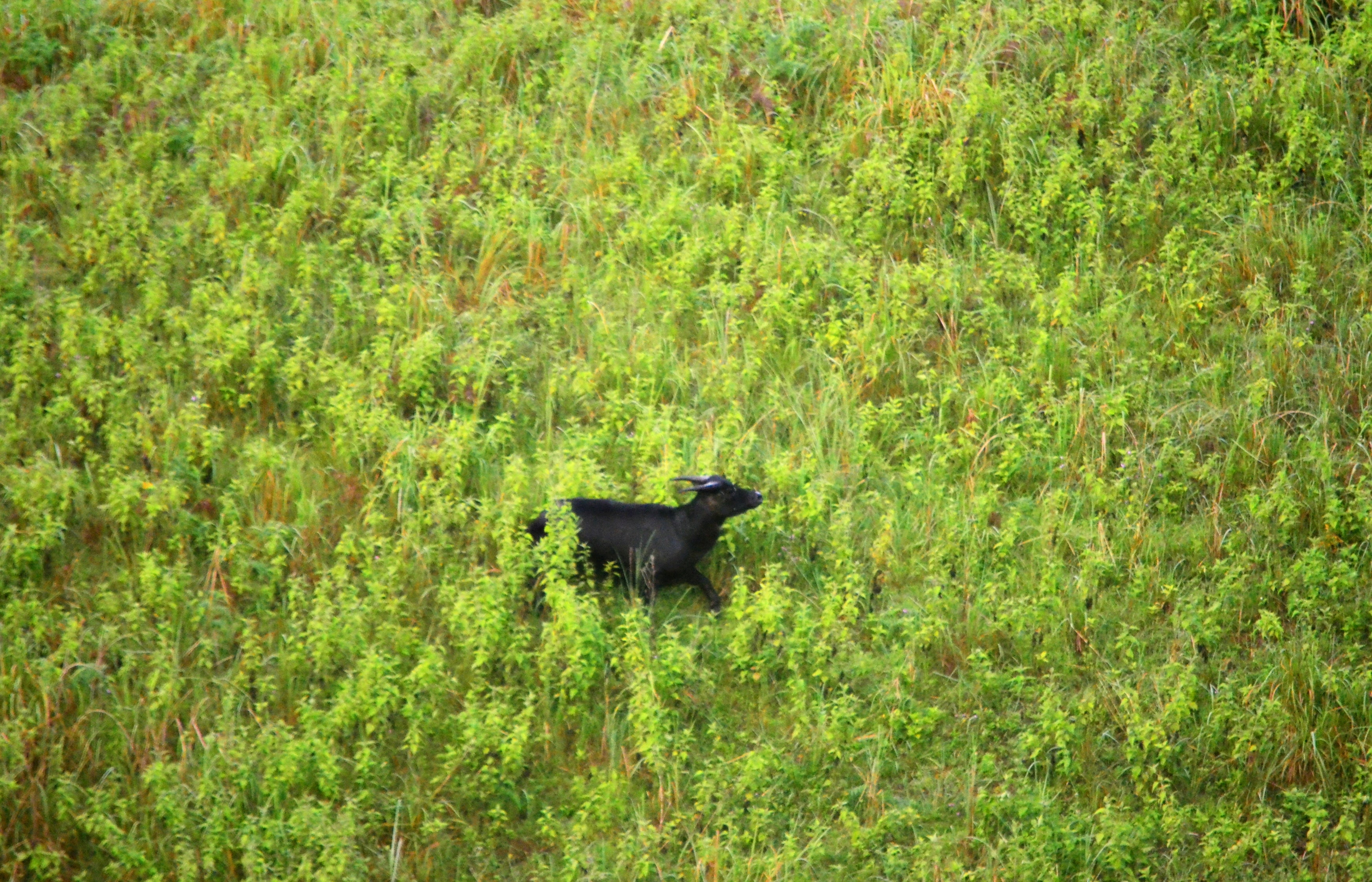 Despite the odds, the rangers make do with old equipment, computers that have broken down and dilapidated gear.

With October celebrated as Tamaraw Month, it may be time to help reequip Mindoro’s tamaraw rangers with GPS units, spotting scopes, binoculars, laptops and field uniforms. As I found out while repairing that rickety bridge, a little help goes a long way. —CONTRIBUTED