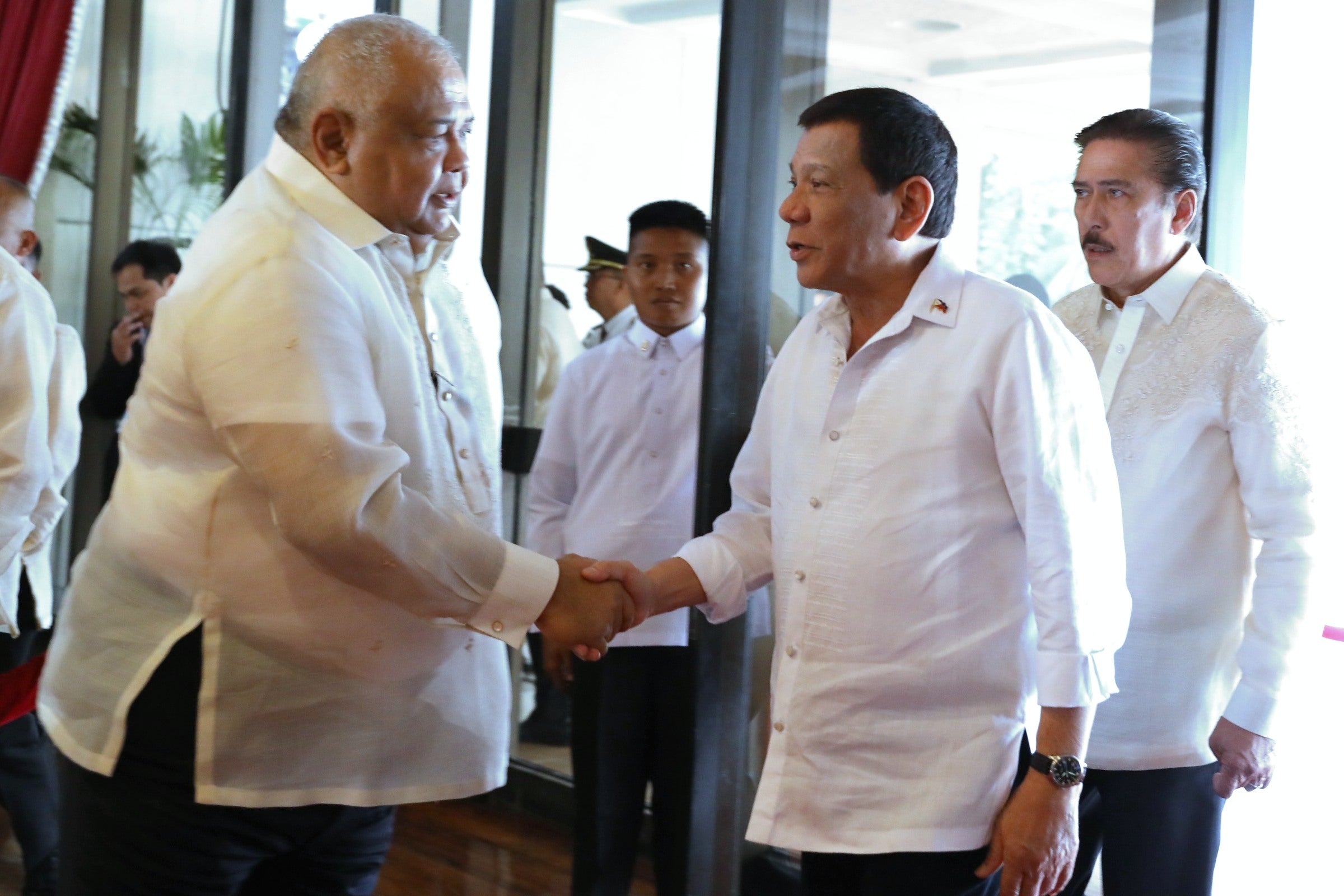 President Rodrigo Roa Duterte is welcomed by Executive Secretary Salvador Medialdea upon his arrival at the House of Representatives Complex in Constitution Hills, Quezon City to deliver his third State of the Nation Address (SONA) on July 23, 2018. Also in the photo is Senate President Vicente Sotto III. TOTO LOZANO/PRESIDENTIAL PHOTO (FILE)

Medialdea attended on behalf of President Rodrigo Duterte, who skipped attending the rite to fly to Mindanao to look into an incident of insurgency there.

“He has to fly to Mindanao to attend to the problem of insurgency in Mindanao,” Presidential Spokesperson Salvador Panelo earlier told reporters in a text message without elaborating.

This isn’t the first time Duterte passed up on attending Bonifacio Day rites.