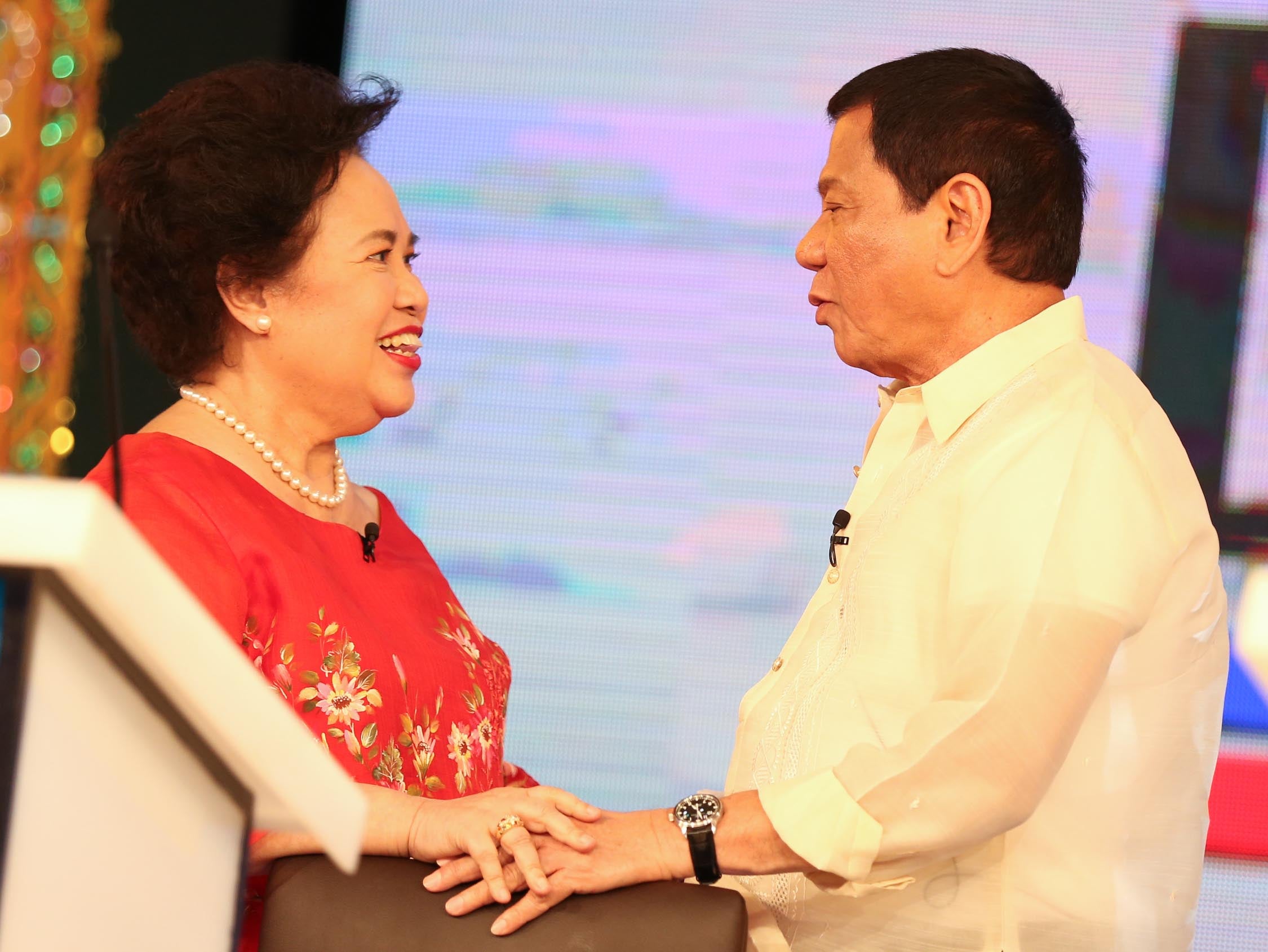 President Rodrigo Duterte and Sen. Miriam Defensor-Santiago greet each other onstage before the start of the Presidential Debates 2016 held in Capitol University in Cagayan de Oro City in February.
INQUIRER FILE PHOTO/LYN RILLON

According to a Malacañang advisory released Friday, the conferment of the Quezon Service Cross to Santiago will take place in the Palace on Monday.

In December last year, Duterte nominated his co-presidential candidate back in the 2016 elections for the Quezon Service Cross award.

In his letter to Congress, the President said Santiago “inspired generations of Filipinos to aspire for excellence and remain steadfast against any challenge and adversity.”

He also mentioned that the late senator “used her considerable talents for the service of the people and our nation while exhibiting remarkable passion, courage, and integrity.”

The Quezon Service Cross was created on August 2, 1946, by then President Manuel Roxas to honor President Manuel L. Quezon. It is the highest award that the Republic of the Philippines can bestow to any Filipino.

Sanatiago passed away in September 2017 after losing battle with lung cancer.

She had served in all three branches of the government during her stint in public service.

During the 2016 presidential elections, despite being political rivals for the presidency, both Duterte and Santiago have expressed admiration and respect for each other. /kga

Santiago on Duterte: We have been friends for a long time