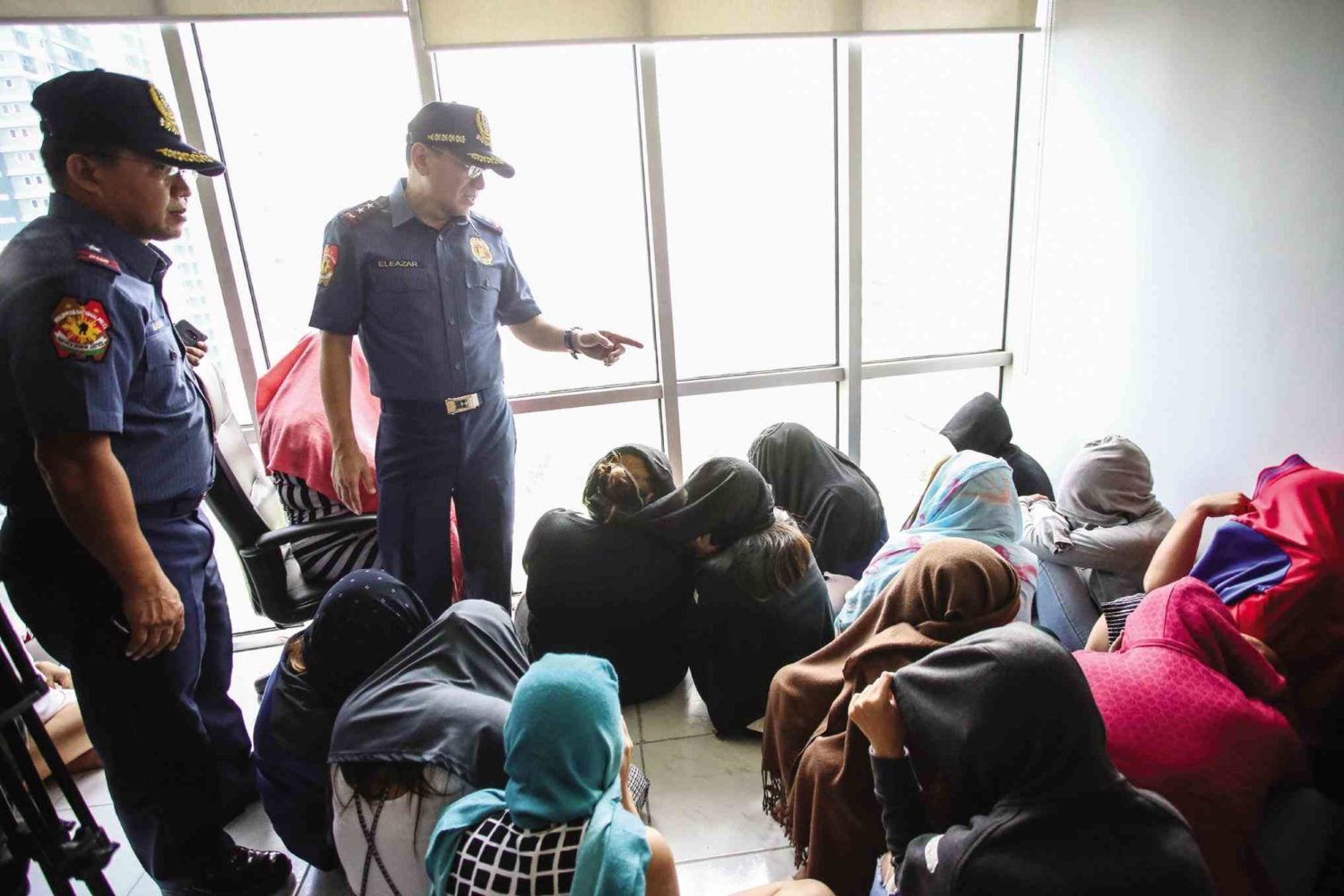 Eight foreigners and 24 Filipinos were arrested on Thursday during raids on two offices in Pasig City, where the suspects were allegedly operating a lucrative investment scam that victimized retirees and pensioners.

Two Makati judges earlier issued search warrants for the rented office spaces at Medical Plaza and Pacific Center buildings, both located on San Miguel Avenue in the Ortigas area, due to alleged violations of the Securities Regulation Code.

Three Americans, three British nationals, a Canadian, a Ghanian and 24 Filipinos were arrested during the operation carried out around 8:30 a.m. on Thursday. Seized from the offices were computers, modem routers, mobile phones and documents.

“They would introduce themselves as a security firm that sold stocks,” said NCRPO chief, Director Guillermo Eleazar. “Then after convincing a client to invest, they would disappear.”

He added that the arrested suspects operated like telemarketers, using a persuasive script to dupe their victims into investing in the bogus stocks. The clients were often carefully picked by the suspects who would scour the internet for vulnerable retirees and pensioners.

“They would profile people, and once they had identified someone who could possibly be deceived, they would call them. They were very used to it,” Eleazar said.

The Australia-based IFW got in touch with local authorities in August after several Australians fell victim to the scam. The US Embassy had also coordinated with the NCRPO after several Americans were cheated, too, according to Eleazar.

Asked why the transnational scheme was being operated from the Philippines, IFW executive chair Ken Gamble told reporters that “there’s a feeling they can get away with it here.”

Lack of laws in PH

“There’s a lack of laws here to help with this,” Gamble added. Eleazar said that many of the foreigner suspects had established roots here after marrying Filipinos.

According to Gamble, the investment scam was earning hundreds of thousands of US dollars each month, which was paid through foreign bank accounts and transferred to the Philippines through companies set up for the purpose of laundering money. “They would change offices frequently to avoid detection,” Gamble said.

Thursday’s operation was an offshoot of a raid in Ayala Alabang, Muntinlupa City in August, where an American and two Canadians were arrested for their involvement in the same investment scam.