President Rodrigo Duterte has appointed Lucas P. Bersamin as the 25th Chief Justice who will lead the entire judiciary.

The President has chosen Bersamin being the most senior in the judiciary compared to the other candidates. He has been with the judiciary for 32 years. 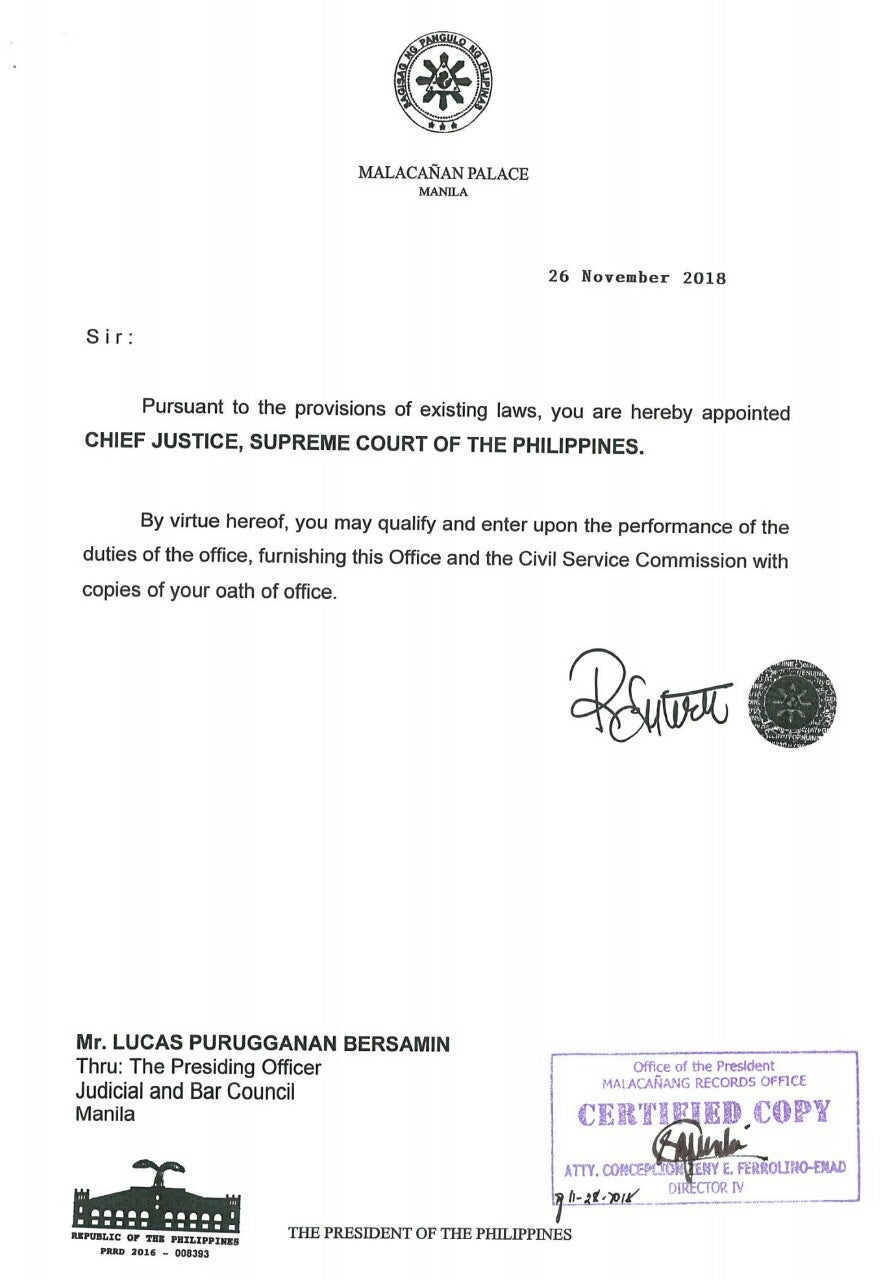 Bersamin started his career in the judiciary when he was appointed Regional Trial Court judge in Quezon City by then President Corazon Aquino on Nov. 5, 1986.

His appointment comes on the same day he will be receiving the Gusi Peace International award.

Some other awards he received include 2002 Chief Justice Jose Abad Santos Award for Judicial Excellence and 2000 Best Decision awards in two categories–Civil Law and Criminal Law.

Bersamin wrote the landmark decision in the case of De Castro vs. Judicial and Bar Council that validated the appointment of then Associate Justice Renato Corona as Chief Justice. In the 2010 ruling, the High Court said vacancies in the Supreme Court–the 14 justices and the Chief Justice are not covered by the appointment ban under Section 15 Article VII of the 1987 Constitution.

He also authored the decision that allowed former Senate President Juan Ponce Enrile to post bail despite facing a non-bailable offense of plunder.