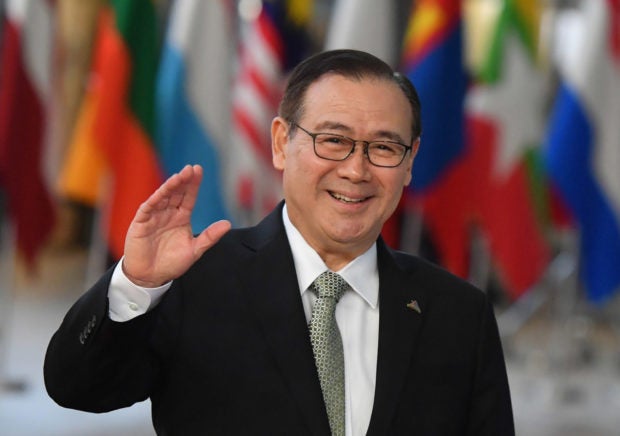 The powerful Commission on Appointments (CA) has unanimously confirmed the appointment of a “maverick” and “quick-witted” Foreign Affairs Secretary Teddy Boy Locsin.

As chair of the CA’s committee on foreign affairs, Senator Panfilo Lacson endorsed Locsin’s confirmation during plenary session on Wednesday.

Lacson described Locsin as the “maverick and quick-witted” person.

“Never dull and never ordinary,” the senator said of the nominee.

As Secretary of Foreign Affairs, he said Locsin would bring his own “brand of diplomacy — one that represents the true value of an independent foreign policy enshrined in our Constitution.”

“I dare say this without mental reservation. If he pulls off and succeeds in the present endeavors which he is currently occupied with, with nary a constitutional challenge but that would catapult the Philippines into the league of rich, influential and economically powerful nations, we may now be confirming a future President of the Republic of the Philippines,” Lacson added.

Poe said Locsin was not just a good choice but the right choice for the post.

She said she was supporting the nominee’s appointment, “because I know that he will not allow our country to be bullied.”

“I think he has it in him the spirit to fight for what is right, for what is just,” Poe said.

“I am confident that he will ensure that our sovereignty is respected while still being opened to collaboration with other nations…” she added.

She said she expects “more great things” from Locsin’s appointment.

Locsin replaced former DFA Secretary Alan Peter Cayetano who stepped down to seek a seat in the House of Representatives in the upcoming elections. /cbb