A mayor in Russia is keeping true to her campaign of austerity by selling officials’ expensive foreign vehicles.

Sardana Avksentyeva, the mayor of Yakutsk, a city in Russia, won last September with promises to limit spending on perks such as lavish events and foreign trips. 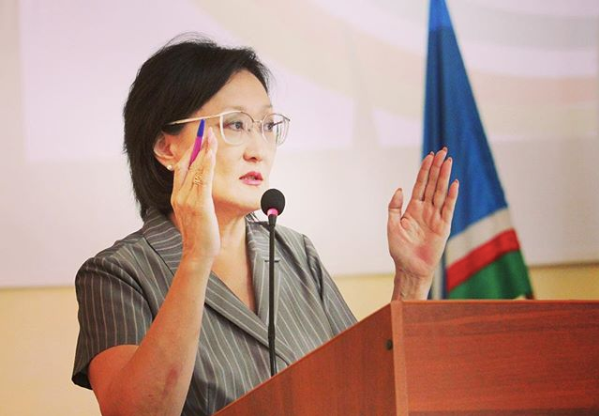 She beat a candidate from President Vladimir Putin’s United Russia Party and is the first female mayor of Yakutsk, reported BBC on Nov. 22.

While campaigning, she wrote on Instagram last August of her measures to lower the city budget. Apart from reducing her own costs in travel and events, one of these measures was to auction expensive SUVs in the city hall.

She posted a selfie to show the cars that will go under the hammer. “The ones in the photo will be sold first,” she said of a Toyota 4×4 and a Mercedes Benz.

Funds will pay debts of municipal institutions, the administration’s property department said to Interfax news agency via BBC. The rest will be used to set up a social taxi scheme which will assist in transporting disabled people or low-income families.

Avksentyeva’s choice of social media is Instagram, where she makes regular announcements. Yesterday, Nov. 26 she said she was “unpleasantly surprised” to discover that catering services for a banquet cost 1 million rubles (P790,000). She said there was no clear explanation given about the cost and noted that she had canceled costly festivities even if they were already planned.

Critics, such as Yakutia newspaper columnist Ruslan Basygysov, have warned that her measures appear to be populist in nature and that besides avoiding public spending, there is a lack of “real steps forward.” Niña V. Guno/JB