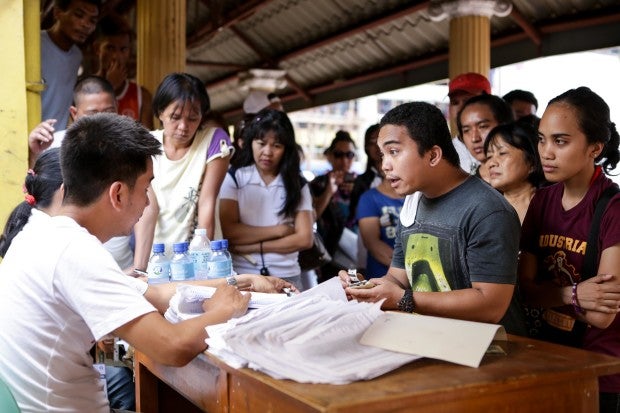 The Commission on Elections (Comelec) on Tuesday said it is considering lengthening the voting period in the 2019 elections from 7 a.m. to 7 p.m. to address the limited available voting counting machines (VCMs).

However, if each precinct would have an allocation of 800 voters, this will leave only 5,000 VCMs used for contingency.

“So the decision of the Comelec was to revert to the allocation which we adopted in 2010 which was 1,000 voters per cluster precinct,” Tolentino said during the hearing.

Tolentino said the Comelec had to revert to the 1,000 voters per precinct allocation because they were not able to buy additional VCMs due to their limited budget.

“The money given to us by Department of Budget Management was sufficient to exercise the option to purchase the existing number of VCMs which we used in 2016,” he said.

Tolentino said the Comelec requested for a budget of P16 billion but was only provided with P12 billion.

“We requested that several times but the dbm did not provide us with sufficient funds so we will have to revert to the 2010 allocation which is 1,000 voters per precinct,” he said.

Tolentino said that if the Comelec allocates 1,000 voters per precinct, it will leave at least 12,000 VCMs for contingency which will be spread to 1,600 municipalities and cities.

“That’s around 8 contingency units per city and municipality,” Tolentino said.