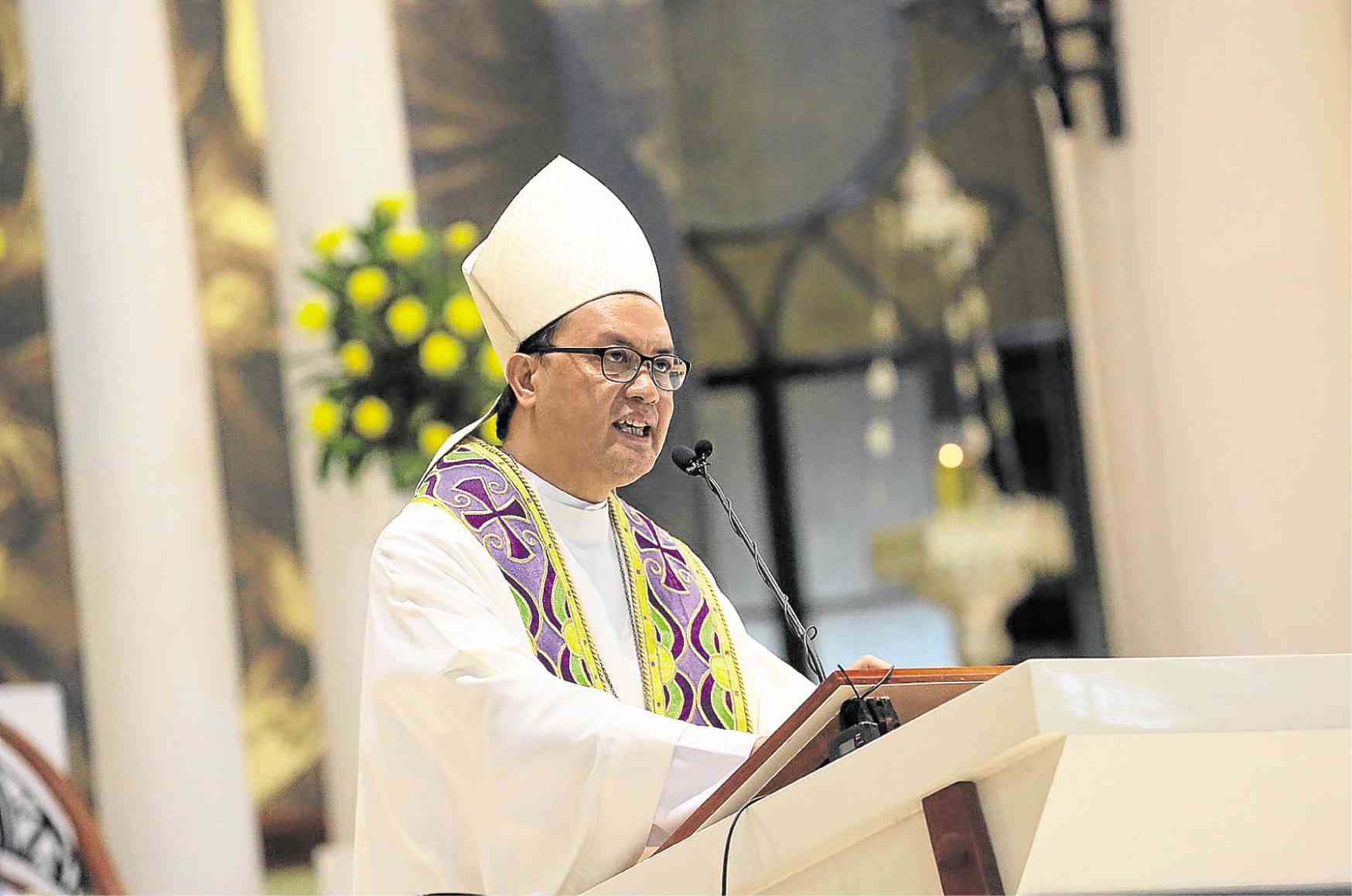 “It is vintage Duterte.”

READ: Bishop on Duterte allegation: Let’s bear with people who are sick

“Duterte’s attack on (Bishop David) is nothing but slanderous,” De Lima said in a dispatch from Camp Crame.

“He (Duterte) destroys the reputation of those who oppose him and those who fight for the victims of his rule. Bishop (David) is his latest victim,” she added.

The Caloocan prelate has been a staunch critic of the administration’s brutal anti-drug war that has killed thousands of suspected drug users and small-time peddlers, most of them poor.

De Lima noted that aside from “tending to the relatives of EJK (extrajudicial killings) victims in his diocese,” Bishop David drew the ire of the President as he rebuked Duterte’s “latest attacks” on the Catholic religion and church.

READ: Caloocan bishop: Our country is being led by a very sick man

“He (David) is also a dutiful shepherd of his flock, doing all that is within his power to protect them amidst the murderous onslaught of Duterte’s drug war that has left a lot of children orphans,” De Lima said.

“He has been successful in condemning the endless killings under Duterte, to the point that he has now become the newest target of Duterte’s intrigues, lies, and slanders,” she added.

Moreover, the senator commended Bishop David for his “courage and fortitude to defend the poor from the extra-judicial killings perpetrated by the government.”

“It takes a different kind of courage to stand up against the powerful, and a psychotic tyrant at that, and to fight for the powerless,” the senator said.

“This is the kind of courage that continues to give hope to our people, and by doing so will deliver them from the evil that envelops the country,” she added.