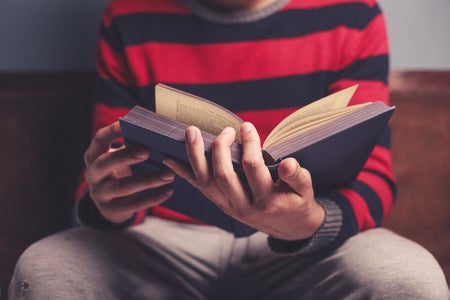 An adult asylum seeker from Iran faces deportation after pretending to be a 15-year old Year 11 student in Suffolk, United Kingdom.

An investigation by the U.K. Home Office revealed that the man identified as Siavash was an adult, as reported by The Telegraph on Friday, Nov. 23. While the Home Office did not divulge the real age of Siavash, they established he was indeed over 18.

Meanwhile, Stoke High School, where Siavash spent six weeks studying, confirmed they have removed the asylum seeker from the school.

Siavash’s now-deleted Facebook account which stated he was an architecture student at the Islamic Azad University in Abada, Iran also surfaced during the investigation, as per report. Prior to moving to the U.K., he apparently had also lived in Erfurt, Germany.

His photos from the platform also showed him with a mustache, facial stubble and drinking from a bottle of beer — a stark contrast from the photo his classmate captured which initiated the investigation.

Earlier this month, a mustache-less Siavash went viral after a classmate posted a photo of him on Snapchat with the caption: “How’s there a 30-year-old man in our maths class?”

Parents of students were so alarmed by the presence of the then-adult-looking student that they withdrew their children from school, the report stated. The Home Office was alerted of the matter and an investigation on the man’s true age and identity was conducted.

“We are fully committed to safeguarding children and are looking into the circumstances of this case to understand how it was handled,” a Home Office spokesman said in the report. “Age-disputed cases remain a challenging area of work in which no single assessment technique, or combination of techniques, is likely to determine an individual’s age with precision.”

In the U.K., if there is an absence of clear and credible documentary evidence, the Home Office staff rely on physical appearance and demeanor to assess whether an asylum seeker is below 18. If said person is thought to be older, s/he will undergo an age assessment by social workers.

The Home Office announced it has now launched another investigation on the matter. This time, it will focus on establishing how Siavash was able to pretend to be a 15-year-old for six weeks. Kate Matriano/JB