Due to delayed salaries, workers at Ecija drug rehab center leaving for other jobs 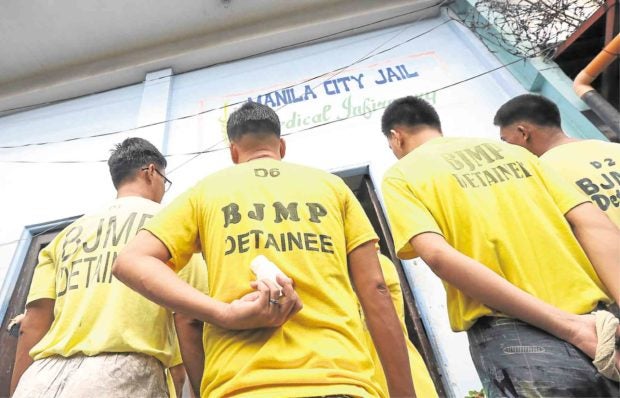 “Some left because of salaries that were not released on time,” Dr. Nelson Dancel, DATRC chief, told the Inquirer in a phone interview.

“Others left for other job prospects, which are closer to their homes,” Dancel said.

He said the Department of Health was working to resolve the shortage in staffers of the DATRC that worsened in the last months of 2017.

The lack of employees, though, would not have an impact on the rehabilitation of at least 900 drug addicts who have come to be known as the center’s “residents,” Dancel said.

The DATRC, designed to host as many as 10,000 rehab patients, was donated by Chinese real estate tycoon Huang Rulan and is currently staffed by 100 workers, some of them contractual employees.

Insiders, who asked not to be named, said many of those who left were psychometricians who oversaw programs to reform drug dependents.

Over half of the original 25 psychometricians on the center’s staff had resigned.

Psychometricians have monthly salaries of up to P26,000.

Three nurses recently resigned because salaries were given two months late, while a top-performing employee left for a job at a Baguio university, sources said.

In spite of the reduced work force, over 1,000 patients have completed DATRC rehabilitation courses that last from four to six months since the center opened on Nov. 29, 2016, Dancel said.

He said he hoped that his office would get a bigger allocation of at least P86 million in 2019 as proposed by Malacañang.