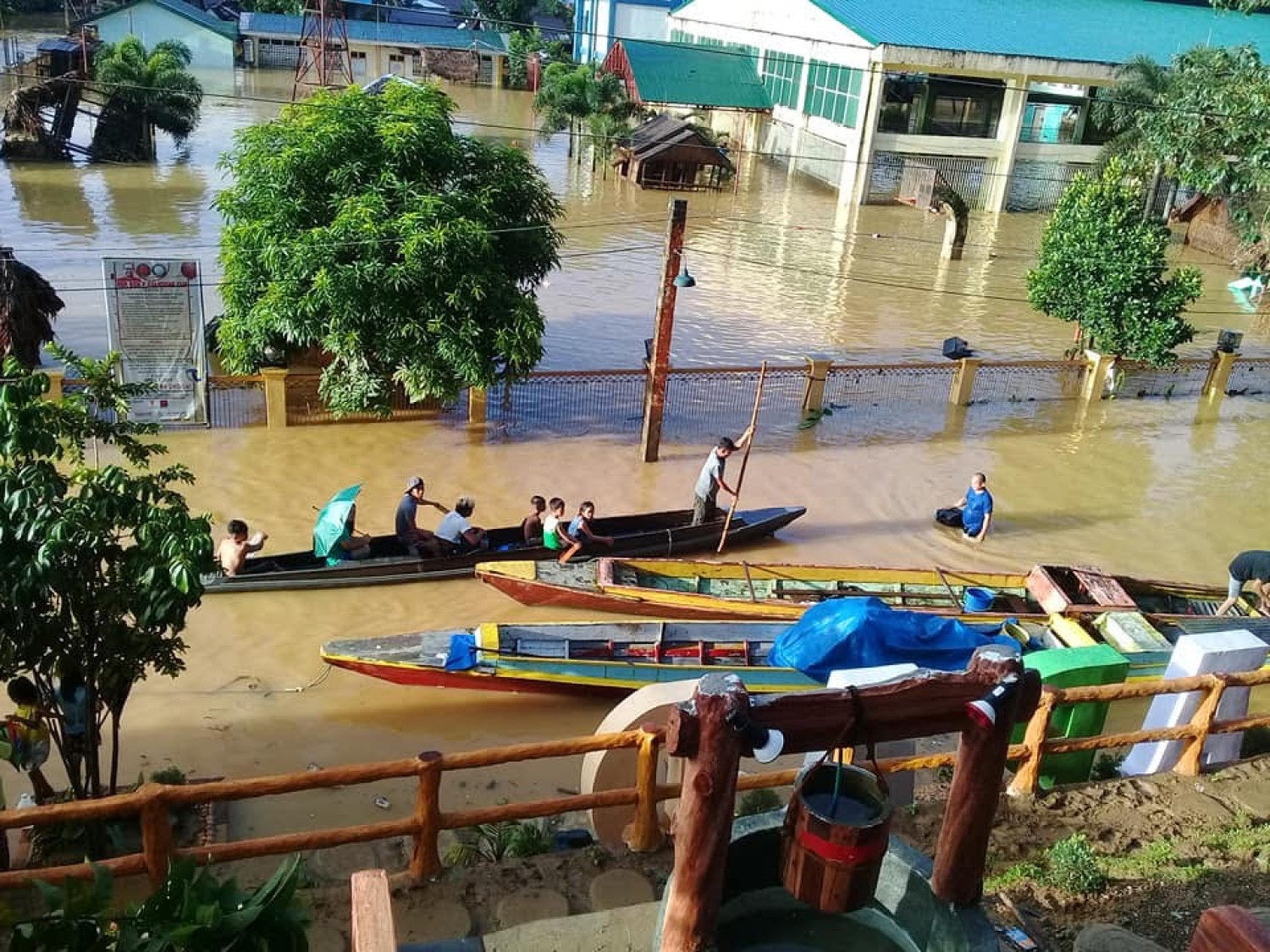 The town of Jipapad in Eastern Samar is practically submerged after it was hit by tropical depression “Samuel.” Its people are calling for food aid since their town has been rendered isolated by Samuel. (Photo by Feliza Recare)

TACLOBAN CITY — A town in Eastern Samar was rendered isolated after a landslide due to tropical depression “Samuel” hit the village that served as its entry point to a nearby town.

Compounding the misery of the residents of Jipapad town was the rain-soaked relief food supplies that the municipal government prepared at its municipal building.

Creonto Mato, town’s disaster risk reduction and management officer, said the flooding spawned by Samuel, which hit the area on Tuesday, was the ‘worst’ to affect the town since 2006.

“We are asking for food relief. The people are now hungry. Its ok if it’s only the clothes that were wet as these could be dried. We really need food. We don’t have food supplies for our people as our town was rendered isolated after a landslide occurred in Barangay Roxas,” Mato said.

Barangay Roxas is the town’s entry point going to nearby Arteche town, which was also hit by massive flooding.

He also said a landslide reportedly occurred in Brgy. Catumsan, Arteche, which is just adjacent to Brgy.Roxas.

Mato said that aside from food supplies, the town also urgently needs medicines as various diseases are likely to affect residents due to flooding.

He added that practically all the 13 barangays of the town — populated with 2,556 families or more than 15,500 individuals — experienced flooding that even two-story houses were submerged.

He said Jipapad easily experiences massive flooding with continuous rain as it served as a “catch basin” for water coming from Oras and Binuwangan Rivers.

“We really need help. Our power and communication lines are still down,” Mato said.

While floodwater might have receded on several villages of the town, Mato stressed many were still flooded.

The Inquirer was able to reach Mato as he happened to be in Oras town when he was sought for a phone interview on the situation of their town, 155 kilometers away from the provincial capitol of Borongan City.

According to him, he learned about the situation of their town through radio messages from members of the town’s Kabalikat Civicom.

He said that based on the initial assessment of their Municipal Disaster Risk Reduction and Management Office, about 35 houses were washed out due to Samuel. /kga/ac