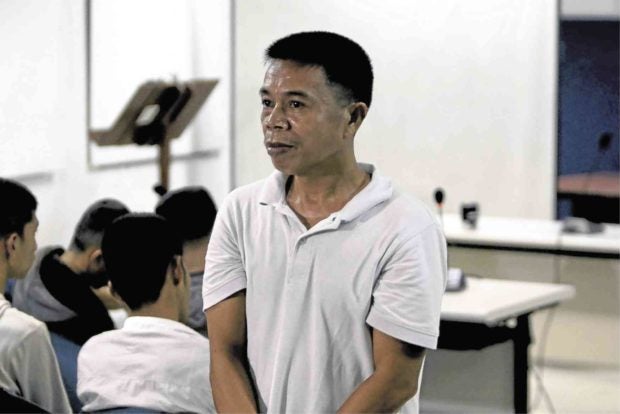 A Taguig City court has sentenced to jail a recruiter of the Islamic State (IS)-inspired Maute group for terrorism and two others for rebellion — the first convictions handed down by a court in connection with the siege of Marawi City last year, which left more than a thousand dead and a million families displaced.

Supian was meted 40 years in prison, without the benefit of parole.

The court, however, acquitted his coaccused—Salip Ismael Abudlla, Marvin Ahmad and Issa Ukkang—because of the prosecution’s failure to prove them guilty of rebellion beyond reasonable doubt. The three “were just simply at the wrong place at the wrong time,” it said.

In convicting Supian, the court said there was enough evidence that he was responsible for setting up Camp Nabal Jur, or Tiger Base Camp, at Barangay Pang in Kalingalan Caluang town, Sulu province.

Supian’s recruits were then sent to Marawi City to fight government forces during the five-month battle in 2017.

Military witnesses also confirmed that Supian “authored” the three-hour gunfight between the Maute terrorists and the Philippine Marines on Aug. 10, 2017, at Tiger Base Camp, which resulted in the killing of two soldiers.

“[T]here is no doubt that his acts sowed and created a condition of widespread and extraordinary fear and panic among the populace, in order to coerce the government into giving in to unlawful demand,” Reyes said in his 29-page decision.

Supian had denied the charges against him, saying he was tapped by MNLF leader Nur Misuari to attend meetings for the group’s peace talks with the government.

He said he and 31 other men were on their way to Tiger camp “for the peace talks” when they were arrested at a checkpoint in Zamboanga City, in July.

The court, however, dismissed his alibi as “weak defense.” It said “the absence of any kind of support from MNLF negates the claim of [Supian] that he is a legitimate member of [MNLF].”

In a separate ruling, Reyes also convicted Araji Samindih and Umad Harun guilty of rebellion and sentenced them to up to 14 years in prison.

Reyes said soldiers’ testimony that they saw Samindih and Harun just 15 meters from Maute fighters during a firefight were “clear and convincing.”

Their coaccused — Monalisa Solaiman Romato and Tahera Romato Taher — were acquitted of rebellion.

The two women were arrested in an apartment in Cagayan de Oro City by agents of the Criminal Investigation and Detection Group.

Agents missed arresting a certain Irene Idris, who was suspected of delivering explosives to Maute fighters.