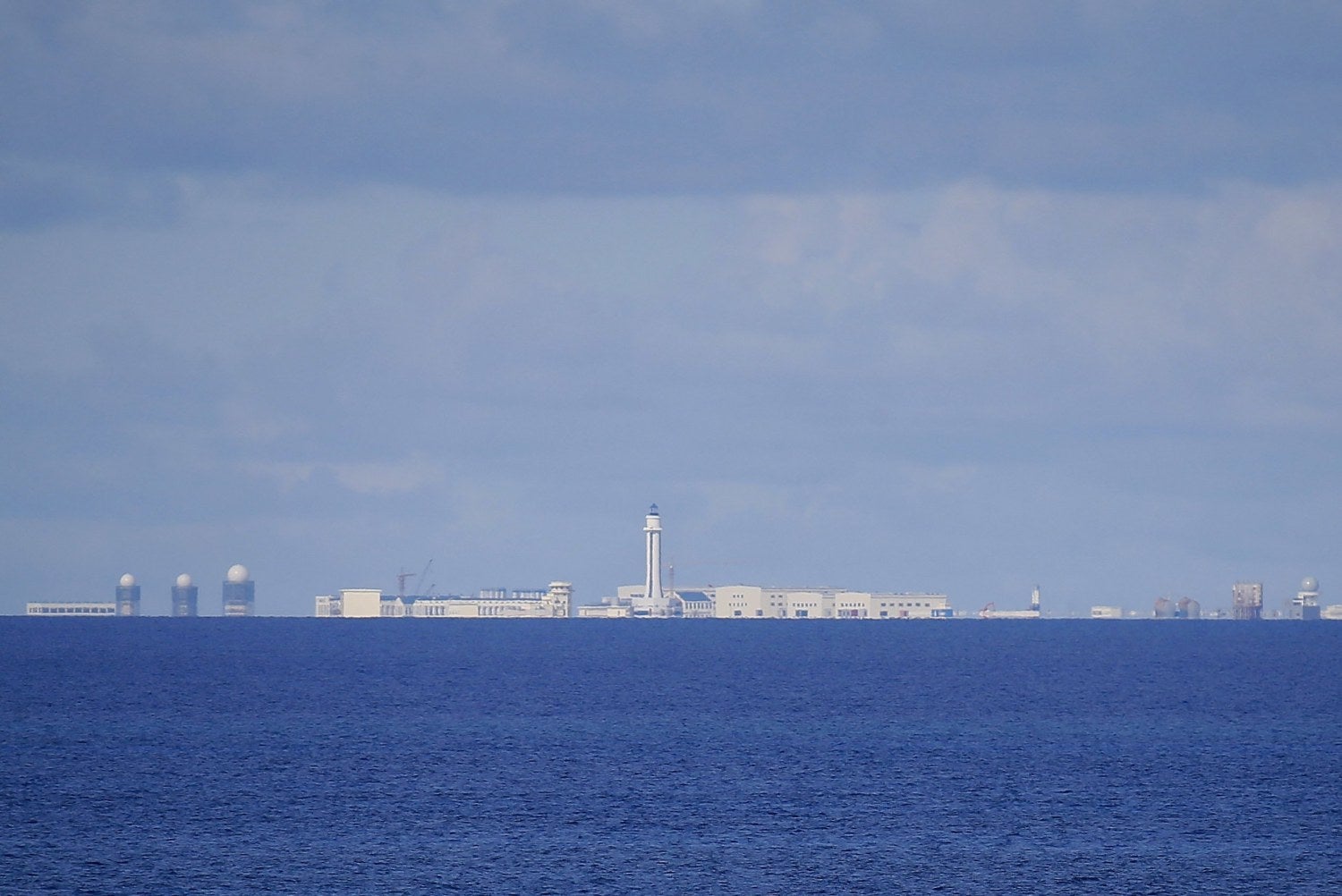 FILE PHOTO Chinese structures and buildings on the man-made Subi Reef at the Spratlys chain of islands are seen from the Philippine-claimed Thitu Island off the disputed South China Sea in western Philippines Friday, April 21, 2017. Philippine Defense Secretray Delfin Lorenzana, Armed Forces Chief Gen. Eduardo Ano and other officials flew to the Thitu Island Friday to assert the country’s claim to the heartland of a disputed area where China is believed to have added missiles on man-made islands. The South China Sea issue is expected to be discussed in the 20th ASEAN Summit of Leaders next week. (AP Photo/Bullit Marquez)

It appears Defense Secretary Delfin Lorenzana does not see anything wrong with the weather stations put up by the Chinese in the West Philippine Sea (South China Sea).

He said it was also a move to frame that its militarized outposts in the disputed seas are providers of “public goods.”

“By shifting back to the ‘public goods’ narrative, China is attempting to draw attention from its continued enhancement of military facilities on its features in the South China Sea, and trying to court smaller Southeast Asian states by casting the US and external powers as military troublemakers while China is a good international citizen offering public goods,” Batongbacal  said early this month.

Nevertheless, Lorenzana said they are still verifying the presence of the weather stations in the Spratlys despite news reports and the confirmation of Chinese Foreign Ministry.

“Kailangang makita natin kasi ‘wag naman tayo mag-conclude sa mga sinsabi ng mga reporters or whatever. We have to see it through our own eyes. Wescom (Western Command) is still verifying that,” he said.

Palawan-based Wescom is the unit that holds jurisdiction of the Philippine claims in the West Philippine Sea.

Lorenzana said that because of the enormous number of structures in the West Philippine Sea, it was hard for them to determine which one was a weather station. /kga