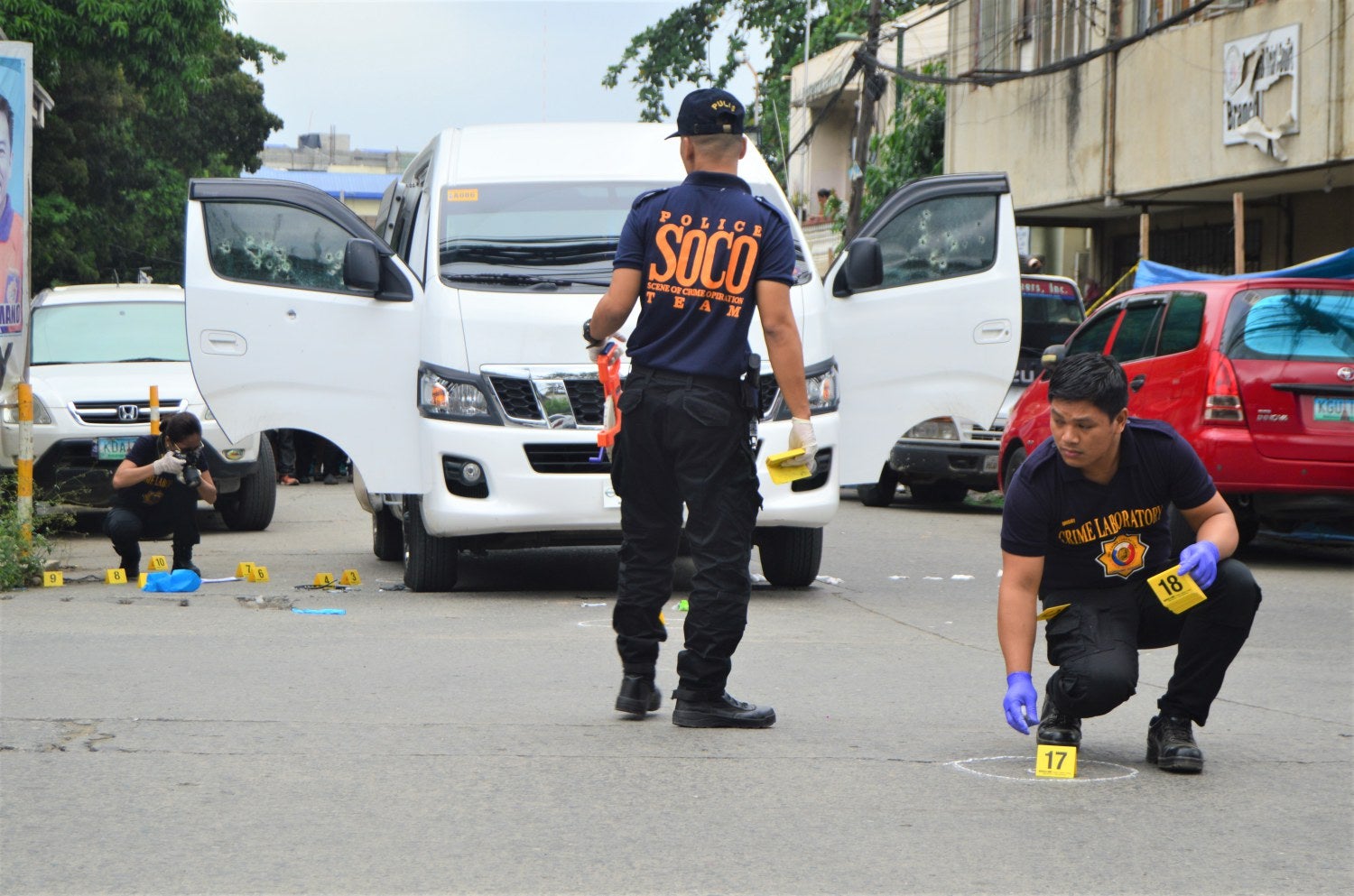 The scene of the Crime Operatives (Soco) check the perimeter of the site where a police officer was shot inside the Misamis Oriental provincial government compound on Luna St. JIGGER J. JERUSALEM

Supt. Michael John Deloso, who worked at the strategic management unit of the regional police headquarters at Camp 1Lt. Vicente Alagar in Barangay Lapasan here was recognized through the ID card found inside the white Nissan Urvan he was riding before he was waylaid.

The van’s front and side windshields were riddled with bullets. Found scattered around the vehicle were 28 spent shells and slugs of a .45 caliber pistol.

Sources said before the incident happened, Deloso dropped off his wife at a nearby hospital where she worked as a doctor.

As the van was about to turn to Luna St. from the provincial capitol road, motorcycle-riding suspects fired at the vehicle.

Witnesses said the gunmen could have used suppressors as there were no loud noises at the crime scene.

Deloso’s brother Jomar said in an interview that the victim was still alive at a medical facility where he was brought right after the shooting.

He said Deloso was hit in various parts of the body. He counted at least 12 bullet wounds.

He said they had yet to determine the motive of the shooting since his brother had “many enemies.” He did not elaborate.

He said a civilian was hit by a stray bullet.

Hortillosa said police units conducted pursuit operations and set up a checkpoint along various streets in the city following the shooting.