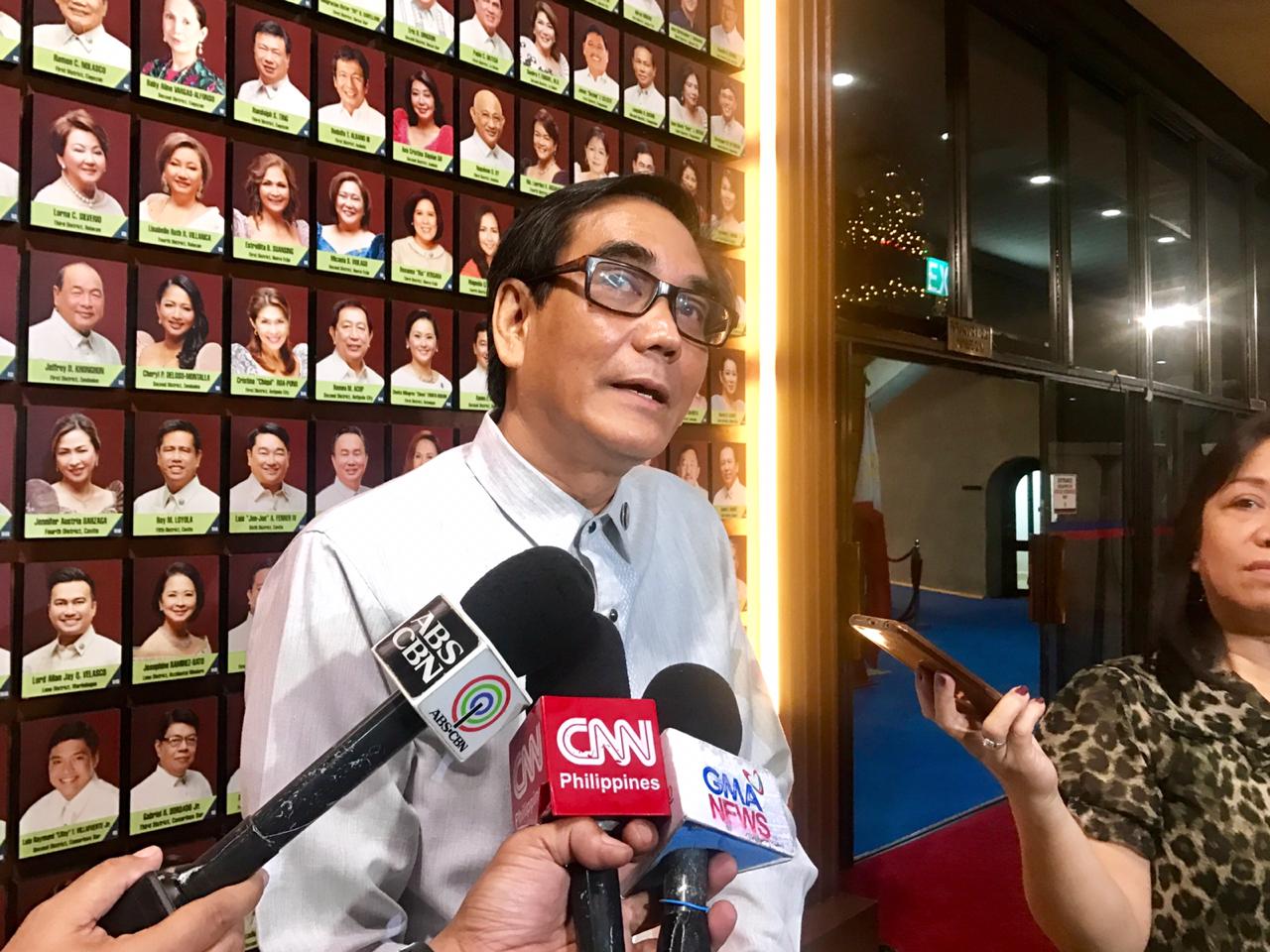 Leadership of the House of Representatives on Monday removed Arts, Business, and Science Professionals (ABS) party-list Rep. Eugene Michael De Vera as member of the chamber.

During the lower House’s session, Majority Leader Rolando Andaya Jr. read a letter from the president of ABS party-list Catalina Pizarro informing the House that their group approved a board resolution expelling De Vera as their member, dismissing him as a member of the House, and designating its second nominee Mr. Ulysses Garces to replace De Vera.

Andaya then directed the Secretary-General to eliminate De Vera – a lawmaker claiming to be the legitimate Minority Leader of the House – from the roll of members, which LPGMA party-list Rep. Arnel Ty and De Vera himself objected.

De Vera cited Rule II, Section 4 of the House rules which states that: “In cases where a candidate has been proclaimed winner by the Commission on Elections, and the validity of the proclamation is put in question in any judicial or administrative body, such candidate who has been proclaimed winner and assumed office on June 30 following the election shall remain a Member of the House absent final and executory judgement on or resolution of the question over the proclamation of the Member by the appropriate judicial or administrative bodies.”

In a separate interview, De Vera said the House leadership’s move was “illegal” and “unconstitutional” as it signifies a dangerous precedent. He also said questions over the membership of a sitting House member should be brought up before the chamber’s electoral tribunal wherein a complaint against him has been pending.

“This is a dangerous precedent… because later on if a complainant would just write the leadership… then the leadership could act on it the way they acted on my case,” De Vera told reporters.

He said he would likely seek intervention of the Supreme Court (SC) should the House leadership junk his motion for reconsideration.

“Then probably I would go up to the Supreme Court because definitely what they did today is unconstitutional and illegal and in violation also of Section 3, paragraph E of the Anti-graft law,” he added.

“This is not my personal writing, but that is the situation we have and we have to request that his name be dropped from the roll,” Andaya said.

“The Secretary-General is directed to follow the request of the majority floor leader,” Pichay ruled.

Pichay then adjourned the session upon Senior Deputy Majority Leader Rodante Marcoleta’s motion, despite a point of order being raised by Ty.

A group led by Ilocos Norte Rep. Rodolfo Fariñas, the former majority leader, had been maintaining that De Vera is the legitimate minority leader of the chamber. They questioned before the SC the House’s move to recognize Quezon Rep. Danilo Suarez as the minority leader.

According to an ABS party-list board resolution, they expelled De Vera because the party “lost its confidence” after he claimed the minority leadership post in the House that “necessarily dragged the name of ABS party-list without prior consultations with and consent/approval of the members of the National Executive Committee.”

The resolution also cited De Vera’s alleged failure to comply with the agreement for his nomination, loss of focus as a representative of the party, and failure to perform functions of the office of the party’s secretary-general.

There had been a few attempts to unseat De Vera but the moves had been blocked due to lack of quorum.  /kga

(Photos from the Office of Majority Leader Rolando Andaya Jr.)