Street kids in Indonesia boil sanitary napkins to get ‘high’ 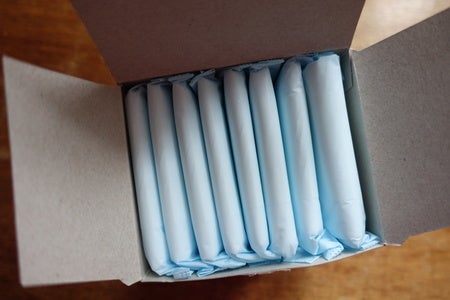 Street children in Indonesia are boiling sanitary napkins in an attempt to replicate the feeling of getting “high,” as experienced by illegal drug users.

The street youth are aged 13 to 16, and are mostly from Purwodadi, Kudus, Pati, Rembang and West Semarang. They boil used sanitary napkins they scavenge from trash, or brand new ones, to distill the chemicals and “gels” inside, as reported by Jowa Pos via Vice on Nov. 9. They then wait for the concoction to cool down before drinking it to get “high.”

“The materials they’re using are legal, but they’re not being used in a way that’s intended, so it ends up being used like a drug,” said Suprinatro, head of the Central Java branch of the National Drug Agency (BNN) in the report. “We need to take steps to educate people that there are materials that aren’t classified as drugs or psychotropics in the eyes of the law, but can still be misused.”

Suprinatro, who broke the news, explained it was the chlorine in the concoction that creates the feeling of getting high, as per report by kompas.com via The Jakarta Post on Nov. 11. The BNN head said chlorine creates hallucinations which resemble that of hallucinogens’ effect. Meanwhile, safe drinking advocate Jimy Ginting told the publication that the trend was not uncommon in the country, as it actually started around two years ago.

Indonesia’s Ministry of Health stated they will launch an investigation on the matter.

“A lot of these kids are smart, and with the internet they can make new variants and concoctions,” she said in the report. “This is where the risk factor goes up because they’re only concerned with one substance in a mixture, ignoring the other substances, leaving open the possibility of fatal side effects.” Kate Matriano/JB