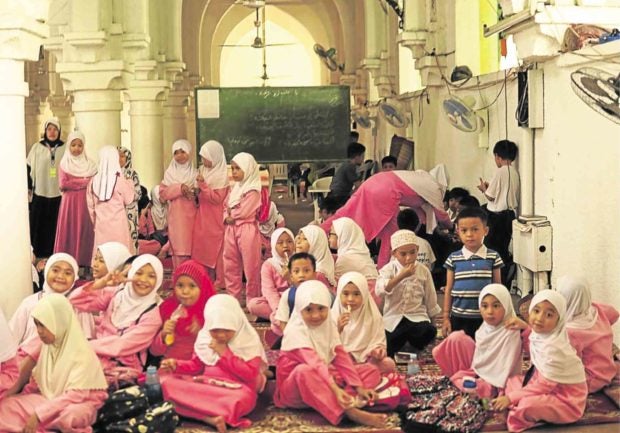 MEANINGFUL TRAVELS That’s the name of the company organizing the Quiapo tours, which take visitors to a madrasah, among other sites.

It’s that dark side of the city your parents have warned you about — where vendors hawking pirated DVDs mix freely with quick-footed snatchers, and where bombing incidents seem as routine as police raids on drug dens.

With all that notoriety, how can Quiapo be considered a tourist spot?

It took two fully booked trips and positive feedback from visitors before Ann Marie Cunanan, the founder of Meaningful Travels PH, could believe it herself.

The trip, one of the tourists said, banished her fears, misconceptions and biases about this Muslim majority community in Manila.

Said Jenny Pascua, another Quiapo traveler: “I don’t have to go far [to learn about Muslim Filipinos] because we have a rich culture here.”

The half-day tour involves talking with Muslim Filipinos to learn about their history, tasting their food, and visiting a mosque where guests can interact with students inside the madrasah and even learn to wear the hijab. 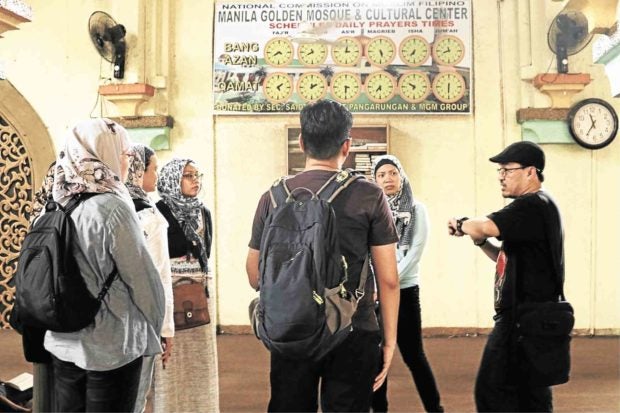 For 2018, Meaningful Travels has scheduled three trips to Quiapo: one Saturday per month from October to December.

The Quiapo tour was an idea that came to Cunanan after a friend showed her around the thriving Quiapo community early this year.

The colors, the distinct culture and the sense of community blew her mind.

Contrary to the grim realities presented in media, the people that Cunanan met in Quiapo were warm, welcoming and kind.

Their sense of pride about their customs, religion, food and fashion was also unmistakable.

“How come I didn’t even know these things existed?” Cunanan remembered asking herself when she saw the hidden side of what was usually portrayed as a warren of makeshift stalls, decrepit homes and criminal lairs.

Was it possible to customize a tour around the area? Will it be safe? Will people be interested? she thought to herself.

“Even I had reservations,” recalled Nords Maguindanao, a radioman whom Cunanan tapped to explain to participants the history and tradition of Muslim Filipinos.

But the idea of reaching out to others and explaining their culture and traditions made Maguindanao warm up to the idea.

“What we try to do is to show Quiapo’s beautiful side, the side that few people know about,” Cunanan said.

Cunanan, a Davao native, founded Meaningful Travels because of her love for community work.

As a mountaineer, she often took participants to different remote upland areas, like those in the Cordilleras, where she hopes to provide adventure and cultural learnings via immersion in the local community, and give back to their hosts.

“Our purpose is to move people. If, after the trip, you’re happy but not moved, then we have failed to do our job,” Cunanan said.

Several trips later, Cunanan envisioned a tour that would offer more learnings about the culture of Muslim Filipinos.

But taking participants to Mindanao would not only be costly but would also take time, she thought.

It was only after she met Amanah Lao, a Maranao Shariah lawyer in Australia, that the idea of a Quiapo tour started to become a reality.

Lao frequented the area to help Muslim communities, especially those who evacuated because of the Marawi City siege last year.

As part of the Quiapo tour, Lao explains the Shariah, the rights of Muslim women and the limits set on polygamous marriages.

“There are so many things [we have yet to learn] here,” Cunanan said. “My goal is to be like a treasure hunter and to find these meaningful things that are neither silver nor gold.”