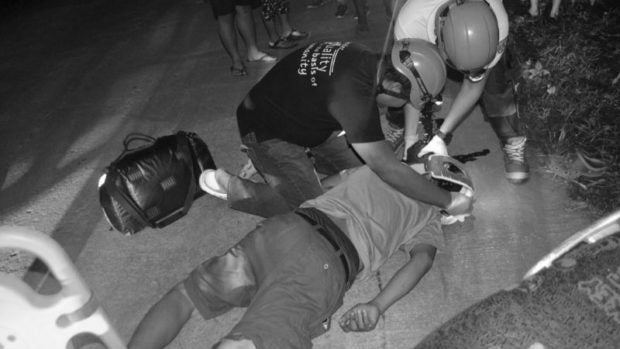 Rescuers from Sariaya disaster risk reduction and management office (DRRMO) apply first aid on a motorcycle rider whose vehicle collided with a tricycle in Quezon province. The victim Rogelio Magadia, however, died while being taken to the hospital. Photo from Sariaya DRRMO

A report from the Quezon police said Rogelio Magadia, 59, was aboard his motorcycle when he collided with an incoming tricycle that went out of its lane in Barangay (village) Pili at around 6 p.m.