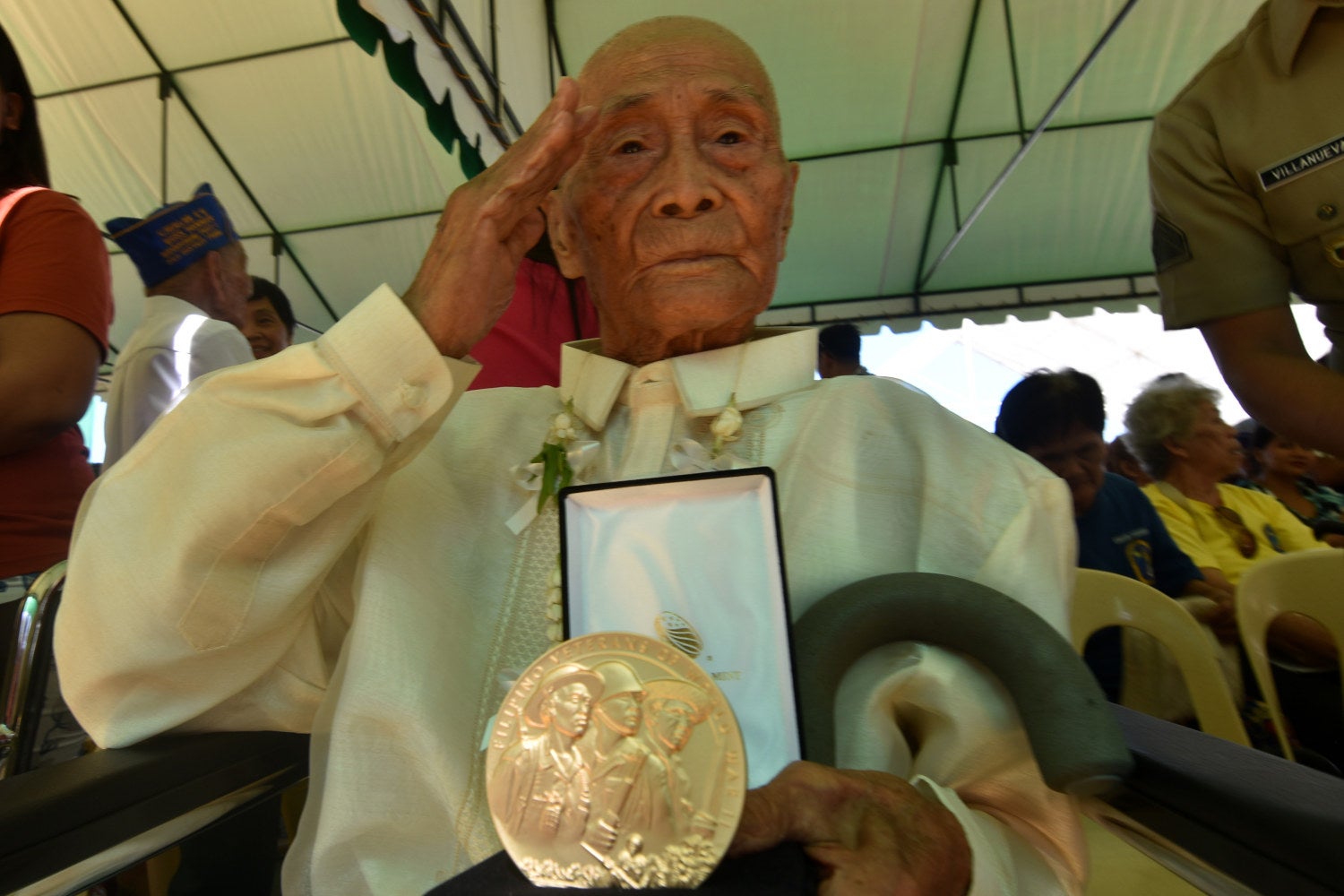 100-year-old Private Santiago P. Genetiano was the oldest among 36 World War II veterans from Pangasinan province who were given US congressional gold medals at ceremonies in Lingayen town on Thursday (Nov. 15). Genetiano fought the invading Japanese soldiers in Pangasinan, Tarlac and nearby provinces. Photo by Willie Lomibao

Genetiano was a Philippine Scout, belonging to the “G” Company, Second Battalion of the 14th Infantry Regiment, which engaged the invading Imperial Japanese Army in the provinces of Pangasinan and Tarlac.

A briefing material describes the American Congressional Gold Medal as “the highest civilian award… [which is bestowed on] an individual or unit who performs an outstanding deed or act of service to the security, prosperity, and national interest of the US.”

Carolina also unveiled the marker of 3Lt. Leopoldo Bataoil, a member of Philippine Military Academy Class (PMA) of 1943 who died in Bataan and was awarded a congressional gold medal on October 25, 2017 in Washington DC. Former police general and now Pangasinan Rep. Leopoldo Bataoil is the war hero’s nephew. /kga 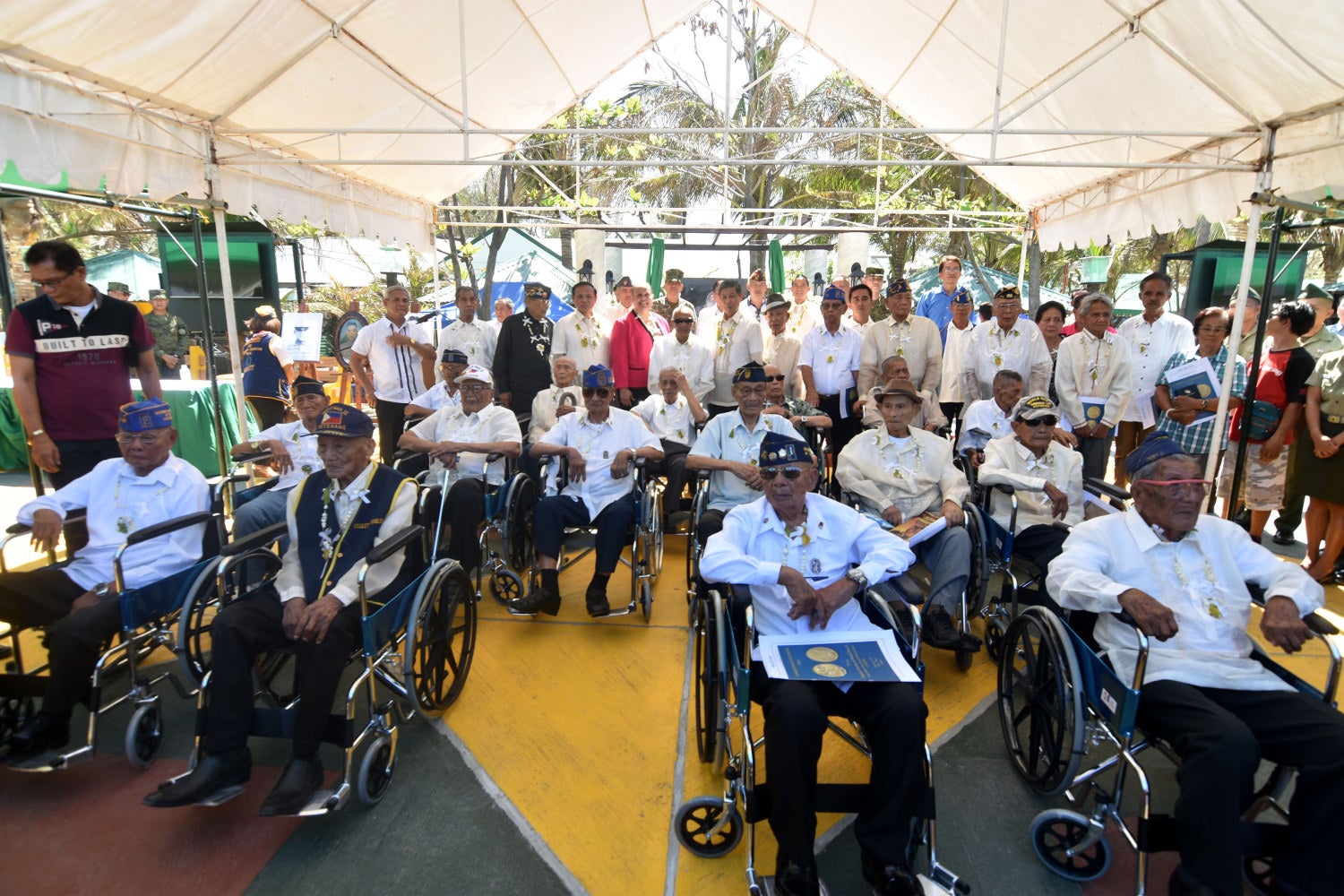 36 Pangasinan veterans, who fought during World War II, were recipients of the US Congressional Gold Medal during ceremonies held in Lingayen town on Thursday (Nov. 15). Photo by Willie Lomibao 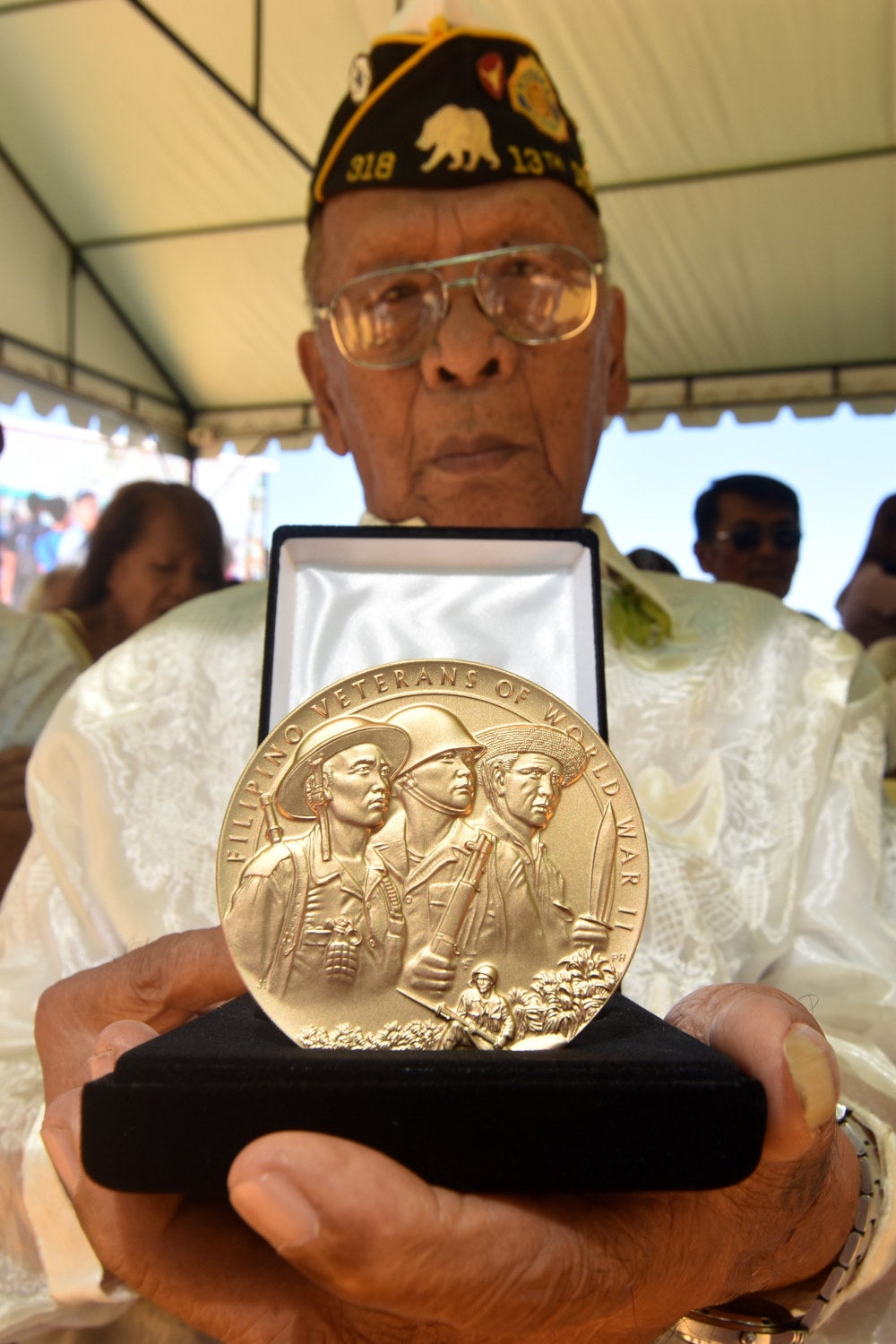 Pvt. Faustino Antolin, a 93-year-old veteran who fought during World War II, was one of 36 Pangasinan recipients of the US Congressional Gold Medal during ceremonies held in Lingayen town on Thursday (Nov. 15). Photo by Willie Lomibao