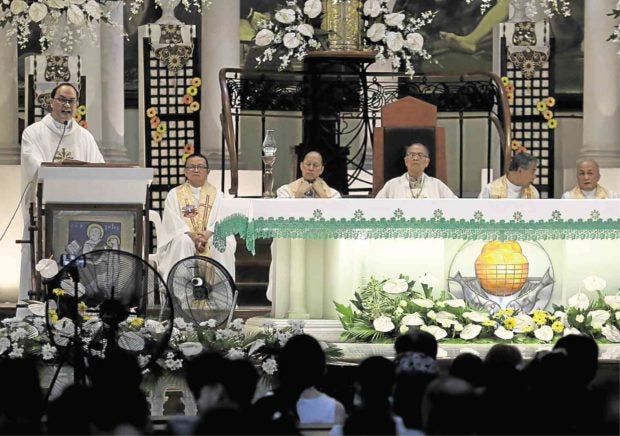 Extrajudicial killings (EJKs) and forced disappearances are “picking up again” in the cities of Caloocan, Navotas and Malabon, according to a Catholic bishop critical of the Duterte administration’s brutal war on drugs.

In a Facebook post on Nov. 10, Caloocan Bishop Pablo Virgilio David said his diocese had already documented 11 killings in the first 10 days of November.

First among the fatalities was Victor De la Cruz who was shot and killed by unidentified assailants around midnight of Nov. 1 at Market 3, Fish Port, Navotas. He was a resident of Manapat Street in Tañong, Malabon.

The next day, 30-year-old Jemson Perucho, a pedicab driver from Barangay 12, Caloocan, was killed reportedly in an encounter with the police.

Meanwhile, the bodies of two men were found in Navotas around 5 a.m. of Nov. 5 — one along R10 and the other on Tanigue Street under the Sawata Bridge.

Around 5 a.m. of Nov. 6, Rodel Manlapaz, 18, was shot and killed by unknown assailants at Letre, Malabon. Another man was wounded in the attack and was brought to the hospital.

Four attacks took place in Navotas in a span of two days.

On Nov. 10, around 2 a.m., Ricardo Domingo, 32, was shot and killed on Bagong Kalsada, also in Tangos. Hours later, Christopher Boljoran, 24, was abducted on Champaca Street and then killed in a spot just outside the city’s fish port.

The bishop also said the family of Reymond Cerbito of Poblacion, Sta. Maria in Bulacan province, had sought the assistance of the diocese in locating the man, who went missing in April. At one point, he said, Cerbito’s loved ones looked for him in a morgue in Longos, Malabon.

David was one of the first Church leaders to strongly denounce the spate of killings of so-called drug personalities, almost all from the urban poor, either in police operations and vigilante-style attacks which critics say President Duterte has been encouraging since he assumed power in mid-2016.

In September, a Social Weather Stations survey showed that  8 out of 10 or 78 percent of Filipinos are satisfied with the administration’s campaign against narcotics.