Affidavit of Pangilinan on Philex deal 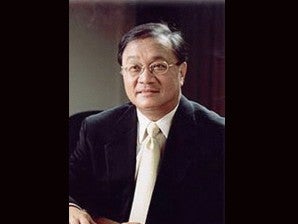 1. I am the Managing Director and Chief Executive Officer of First Pacific Company Limited (“First Pacific”).

1.3 Two Rivers Pacific Holdings Corp. (“Two Rivers”), a Philippine company which is 40% owned by First Pacific International Limited (“FPIL”), is the registered shareholder of approximately 9.2% of the issued and outstanding common stock of Philex. FPIL is a wholly owned subsidiary of First Pacific.

2. I believe it was during the week of Nov. 24, 2009 that I received feelers from Mr. Roberto V. Ongpin (“Mr. Ongpin”), or Mr. Eric Recto (“Mr. Recto”) on behalf of Mr. Ongpin, for an offer to sell about 550 million Philex shares (amounting to approximately ten percent (10%) of Philex’s total voting stock) at an initial indicative price of P27 per share. I expressed interest on the part of First Pacific.

2.1 At that time and throughout negotiations until about 3:46 p.m. of Dec.  2, 2009, the day we signed the sale document referred to below, Mr. Ongpin and Mr. Recto gave us the impression that the shares they were offering were comprised of shares owned by them (the “Ongpin Group”). Neither Mr. Ongpin nor Mr. Recto, who were negotiating for the sellers, advised that the offered shares would include Philex shares owned by the Development Bank of the Philippines (“DBP”) or shares purchased by the Ongpin Group from the DBP.

3. When we met, Mr. Ongpin and I initially discussed a P25 price per share. However, after those discussions and negotiations, all of which I had with Mr. Ongpin and at times in the presence of Mr. Recto, we had agreed on the final price of P21 per share by the close of that week of Nov. 24, 2009. Even then, Mr. Ongpin did not yet disclose to me the precise composition, sellers and the number of shares that will be sold to Two Rivers.

It was still my recollection that they would sell approximately 550 million shares and that the same Ongpin Group would be the sellers. Neither Mr. Ongpin nor Mr. Recto advised me that the sellers would eventually include the DBP or that they had acquired or would be acquiring Philex shares owned by the DBP which they would then sell as part of the offered shares.

4. It was only at about 3:46 p.m. on Dec. 2, 2009, our agreed signing date, that Mr. Ongpin’s representative, Atty. Rodolfo Ma. A Ponferrada (“Atty. Ponferrada”), e-mailed us through our counsel, SyCip Salazar Hernandez & Gatmaitan, a breakdown of the sellers and the number of shares they would each be selling to Two Rivers. (Copies of the e-mail and its appended list of sellers are attached as Annexes A and A-1.) No other information was provided to us regarding the sourcing of any of the sellers’ shares. This was also the first time we learned that the DBP was among the sellers and that it was selling 59,339,000 shares. In accordance with that advice, the sellers named below entered into a Share Purchase Agreement (the “Agreement”) with Two Rivers on the evening of Dec. 2, 2009.

4.1 Under the Agreement, (i) Mr. Ongpin, (ii) Goldenmedia Corp., Boerstar Corp. and Elkhound Resources, Inc., which were represented by Atty. Ponferrada to our counsel as companies beneficially owned by Mr. Ongpin (collectively, the “RVO companies”), (iii) the DBP and (iv) Mr. Walter W. Brown (collectively, the “sellers”) sold to Two Rivers, as buyer, 452,088,160 Philex shares (the “sale shares”) representing approximately 9.2% of the total outstanding capital stock of Philex (the “Acquisition”).

6. I am executing this affidavit to attest to the truth of the foregoing and for whatever legal purpose it may serve.

IN WITNESS WHEREOF, I hereby set my hand this 24th day of October 2011 at Makati City, Philippines.